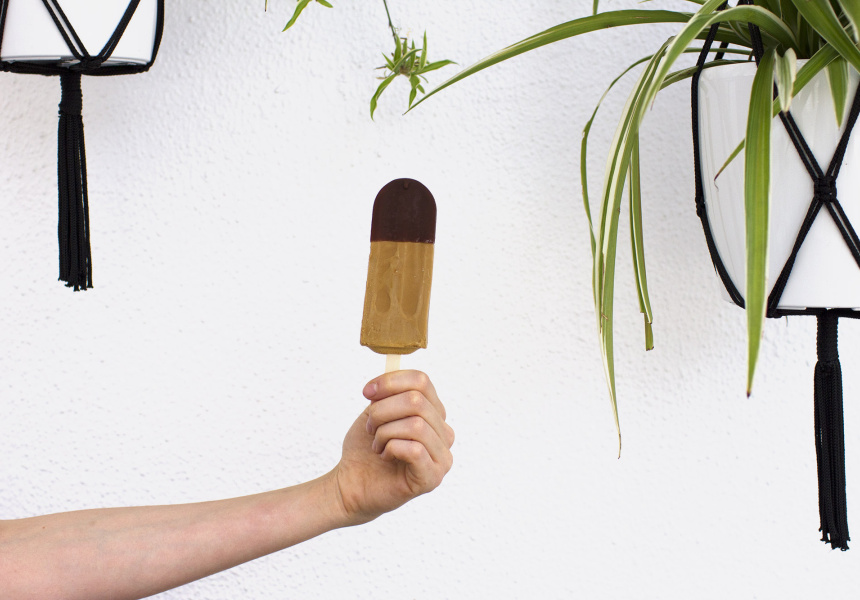 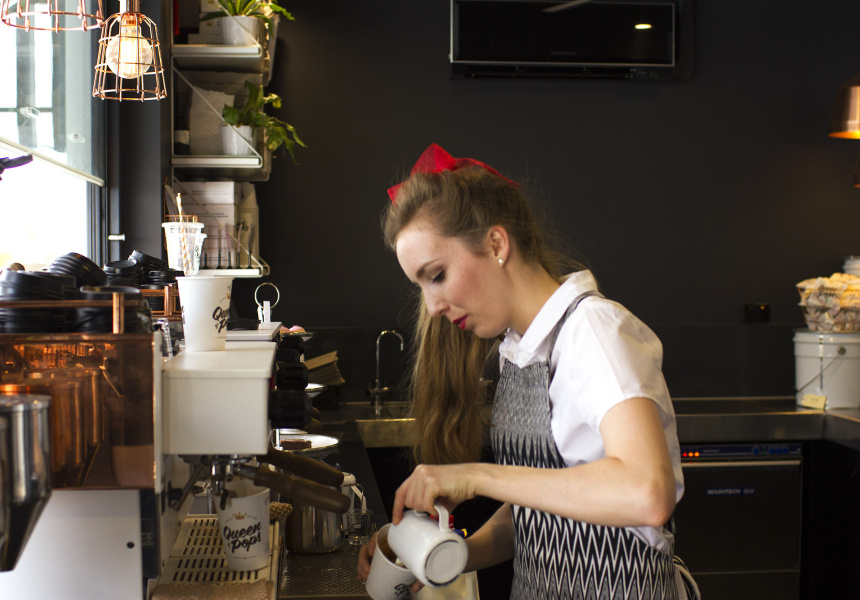 Where else but Queensland would you see your morning latte turned into a popsicle? Peter and Penny Wolff, of Dandelion & Driftwood and Wolff Roasters, created Queen of Pops to house their coffee pops and cold brew nitro coffee.

If you’re just chasing a normal coffee, staff are more than happy to pour you one from dual La Marzocco machines, which were given a custom redesign by Dan Schonknecht of Specht Design. They sit beside two matching espresso grinders and two copper-plated beer taps – only, they don’t pour beer.

Queen of Pops cold brew nitro coffee is made at a microbrewery in Melbourne using a three-bean blend Peter roasts in Brisbane. The cold coffee pours off the tap like a beer, including a foam head (due to the nitrogen effervescence).