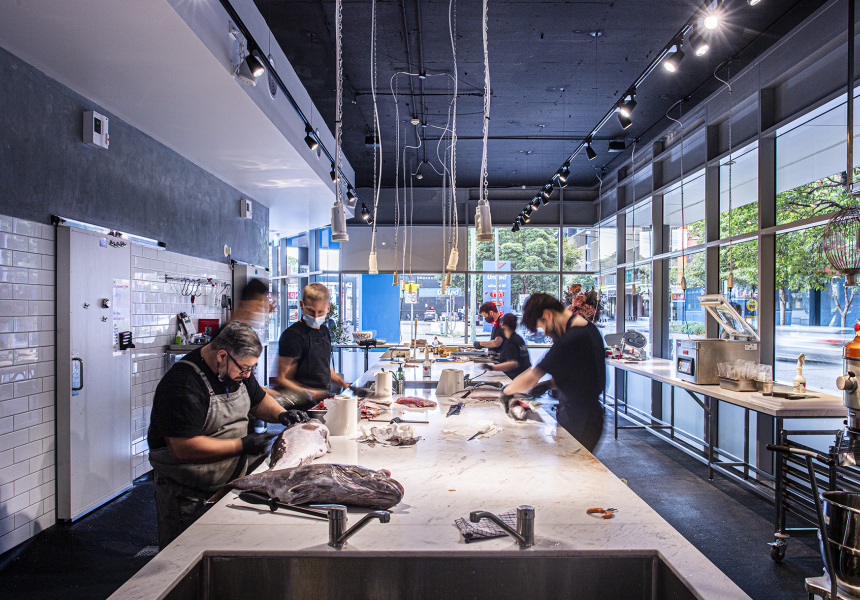 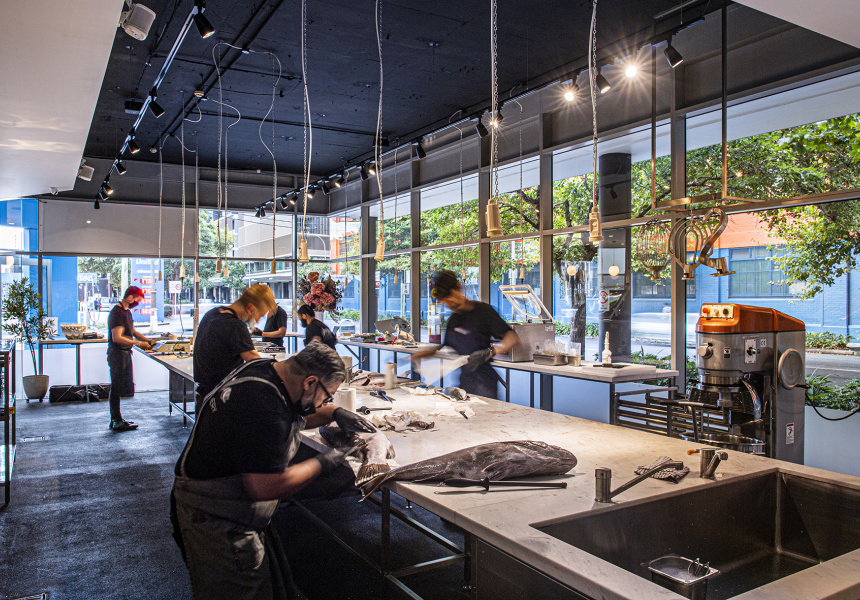 The Waterloo space occupies an eye-catching corner position on Bourke Street, with striking floor-to-ceiling glass windows and wraparound counter seating in line with the team’s commitment to transparency. And passers-by and customers can see Niland’s team preparing fish to order along a 13-metre marble counter.

The fish counter showcases a selection of fresh and dry-aged fish including sausages, butterflied fish, tuna schnitzels, fillets of fish and ribs of tuna. Above the display is a charcuterie cabinet, home to Murray-cod bacon, tuna bresaola, swordfish pancetta, moonfish prosciutto, a range of salamis and chorizo.

You can also pick up frozen goods such as packs of prawn dumplings, family- and individual-sized pies, tuna lasagne, sausage rolls and Murray-cod fish fingers.