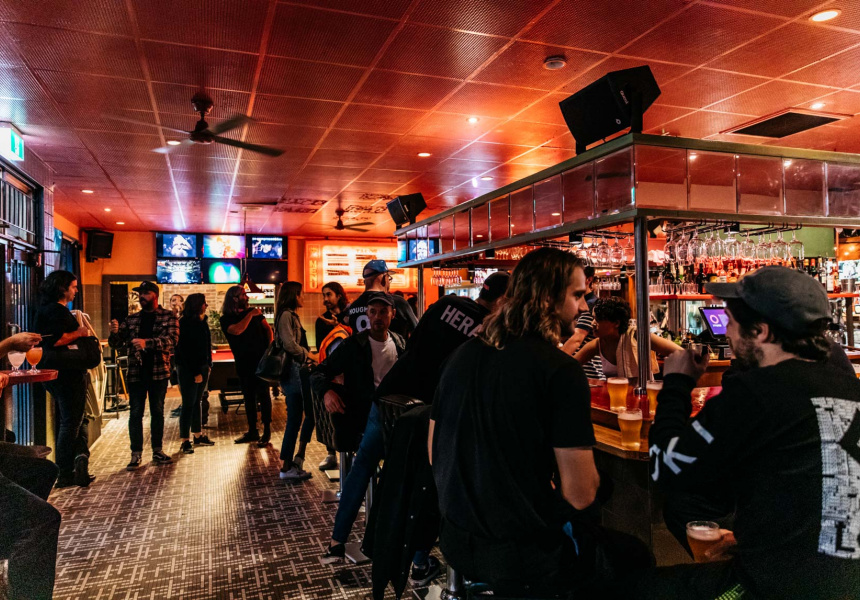 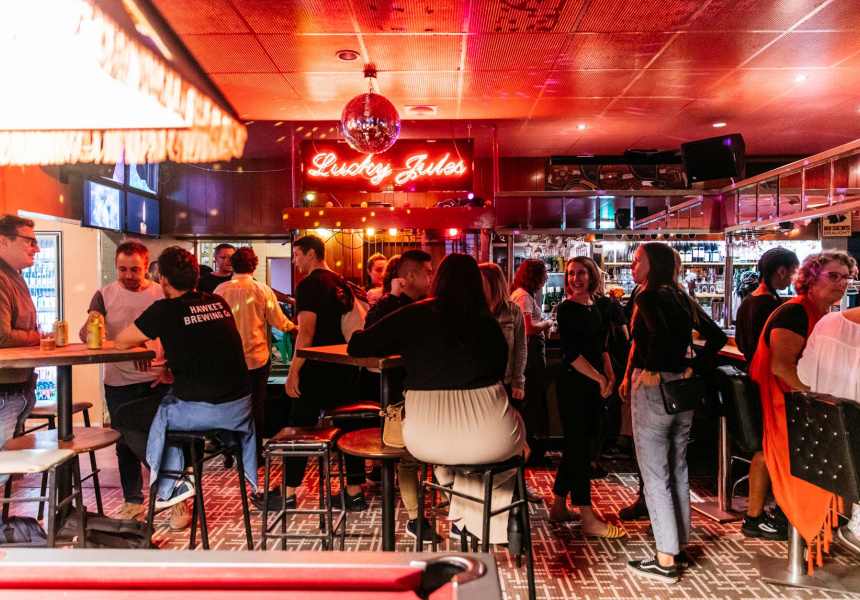 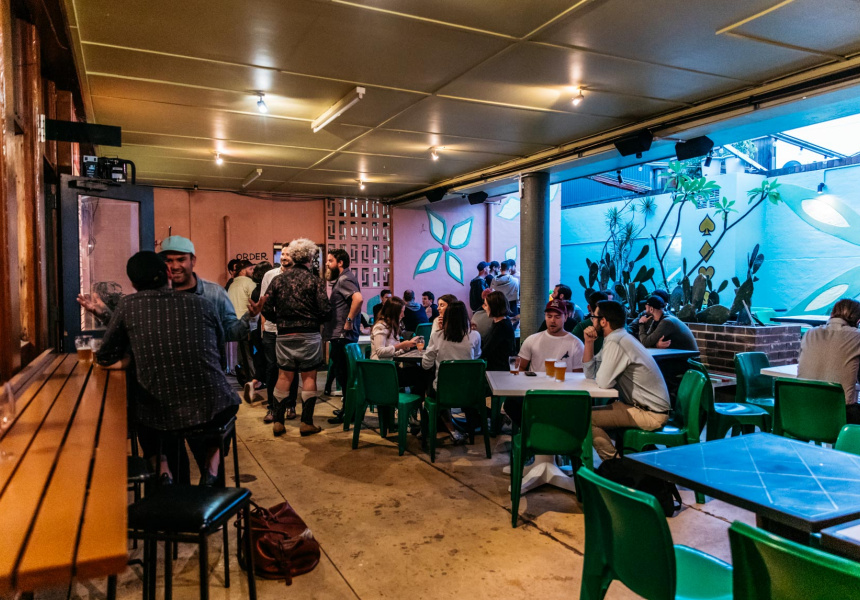 Publican Jaime Wirth (Petersham’s Oxford Tavern took the George over in April 2019. It’s a collaboration between him and Ghostboy Cantina’s Toby Wilson, who’s on the food (Mexican) and Drnks natural wine merchant Joel Amos, who’s contributed the drinks list and a bottle shop.

Headlining the menu is the Taco Al Pastor, a corn tortilla filled with pork neck marinated in a house-made adobo sauce, cooked slowly on a spit (the pastor) and shaved to order like a late-night kebab. For the fish taco pieces of gurnard are fried in a masa flour batter and loaded into a warm tortilla with finely shaved cabbage and thin-cut radish. There are also quesadillas, tostadas and tortas (Mexican sandwiches). Snacks include corncobs slathered with mayo, chilli, cheese and lime. And for dessert: churros.

Changes to the time-capsule-esque front bar have been minimal. The caged TAB counter has been converted into a DJ booth, with the Lucky Jules sign that previously marked the entrance to the pokies room glowing above it