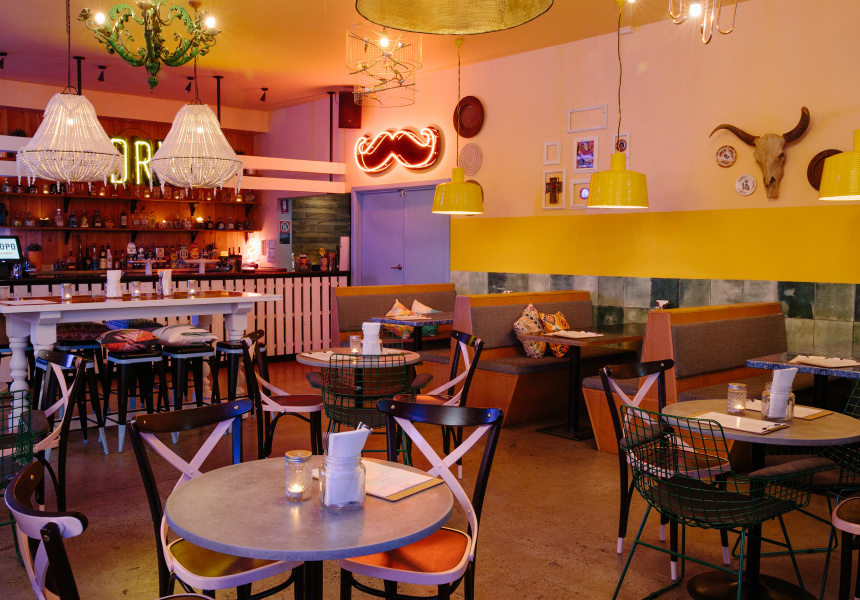 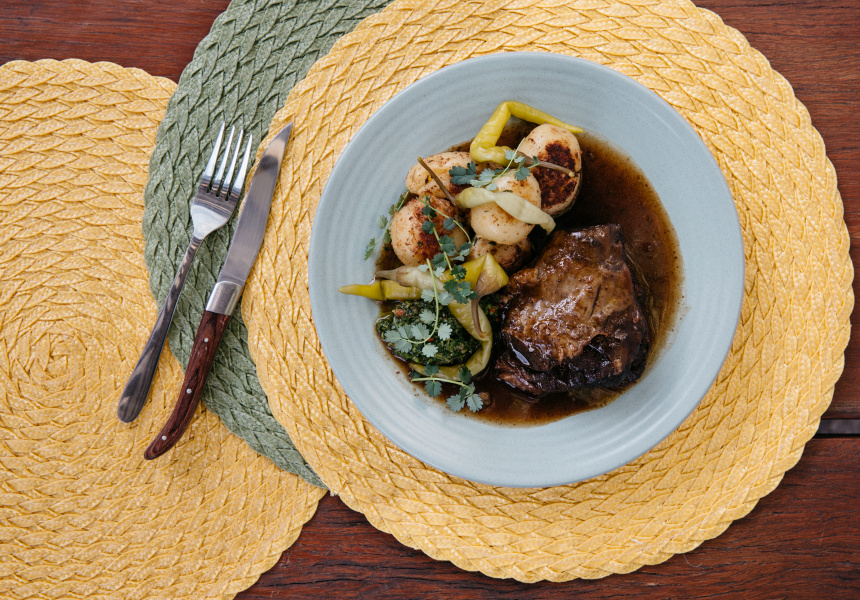 When you arrive at the address of El Topo Cantina, you might wonder if you’re in the right place. The Warwick Farm precinct in Sydney’s southwest is the home of El Toro Motor Inn, and next to that is a motorcycle wrecker in an industrial park.

Walk down a breezeway next to the inn and you’ll find an outpost of Goodtime Burgers and most recently, El Topo Cantina, a sister restaurant to the popular Bondi eatery moved in.

Executive chef Marc Cartwright has Quay on his CV and held a series of seven tastings before opening. There were examples of Tex-Mex, authentic Mexican and experimental cooking techniques. The resulting menu isn’t quite or the other.

Some dishes like the coconut-crumbed avocado taco with tart pico de gallo salsa can also be found on El Topo Bondi’s menu. But there are more new dishes than borrowed ones. The beef taco with salty, crumbly queso fresco (white cows milk cheese) is made with beef cheeks braised for 12 hours in red wine and habanero chillies.

Forty types of tequila are behind the bar, and every cocktail features a version of that smoky spirit. For the classic Margarita, El Topo Cantina infuses tequila with jalapenos. There’s also a Largarita, which is a Margarita served with a “Coronita” (little Corona) bottle overturned in the drink.

The decor takes inspiration from Dia de los Muertos (Day of the Dead) iconography and there’s the occasional portrait of Frida Kahlo. It celebrates the colourful textiles of Mexican folk art, and there are with mid-century modern elements in the furniture and light fixtures.