Warmer weather makes an ideal time for exploration. We highlight an idyllic spot away from the beaches and crowds. 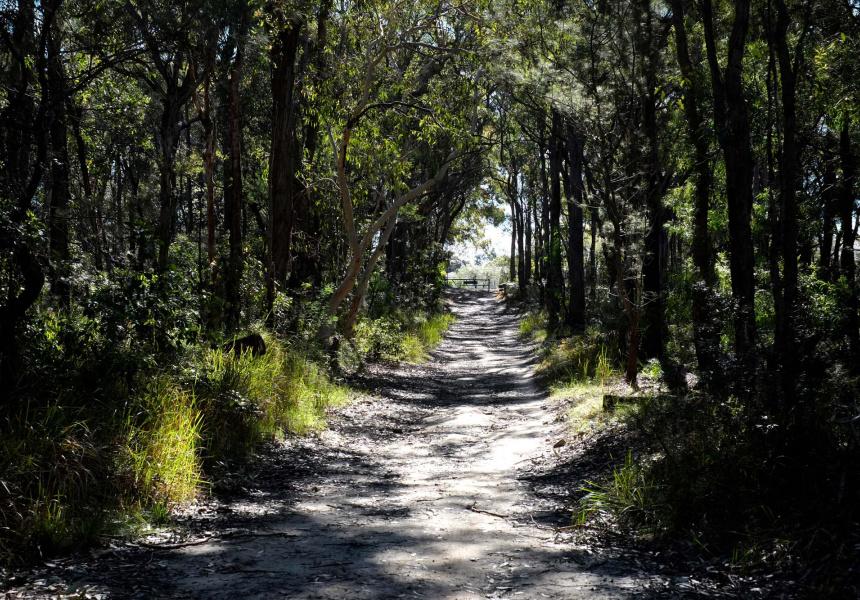 Just a 40 minute trip from the CBD, Garigal National Park’s collection of stunning walks and several rock pools makes it a perfect warm-weather getaway for a group of friends. Stop for a relaxing lunch accompanied by the sounds of the water streaming towards Middle Harbour.

Here’s how to get there and what to do on ground.

Getting there
Just 19 kilometres north of Sydney, Garigal National Park is one of Sydney’s most accessible by public transport. Jump on the T1 Northern and Western line train from Central station and alight at Gordon. From there it’s a short 10-minute bus ride on the 582 to Acron Road bus stop in St Ives directly opposite Acron Oval. The entrance to The Cascades Tracks starts here at the corner of Acron Road and Douglas Street. It’s fairly wide so you can’t miss it. 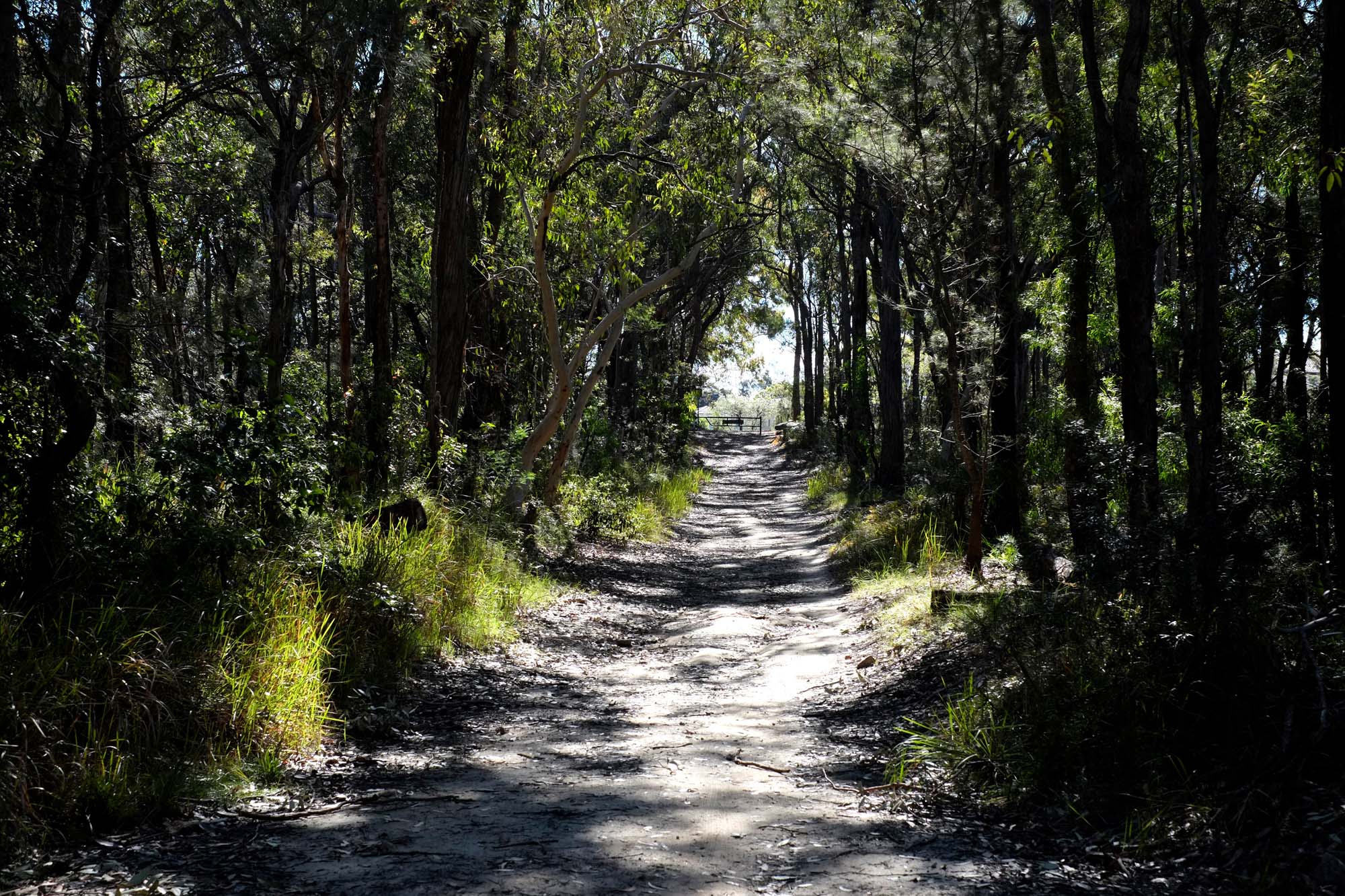 The Cascades Track
This trail is well worn so there’s no chance of straying or getting lost even with surrounding thick vegetation. That said, this one is definitely for the adventurous group. While the path may be free of obstacles, it is for the most part a moderate walking trail.

Thanks to several intersections this trail has with tracks like Frenches Creek, Cambourne, and Middle Harbour, there’s a multitude of loop options to make a day of exploring. But if you just want to stick to one, the Cascades Track is 3.8 kilometres one way and takes a lazy hour before delivering you to Stone Parade in Davidson.

The park here contains more than 100 Aboriginal sites, and the further you travel, the more likely you are to come into contact with some of the cave art and rock engravings. Many of these are older than you, please leave them as you found them. 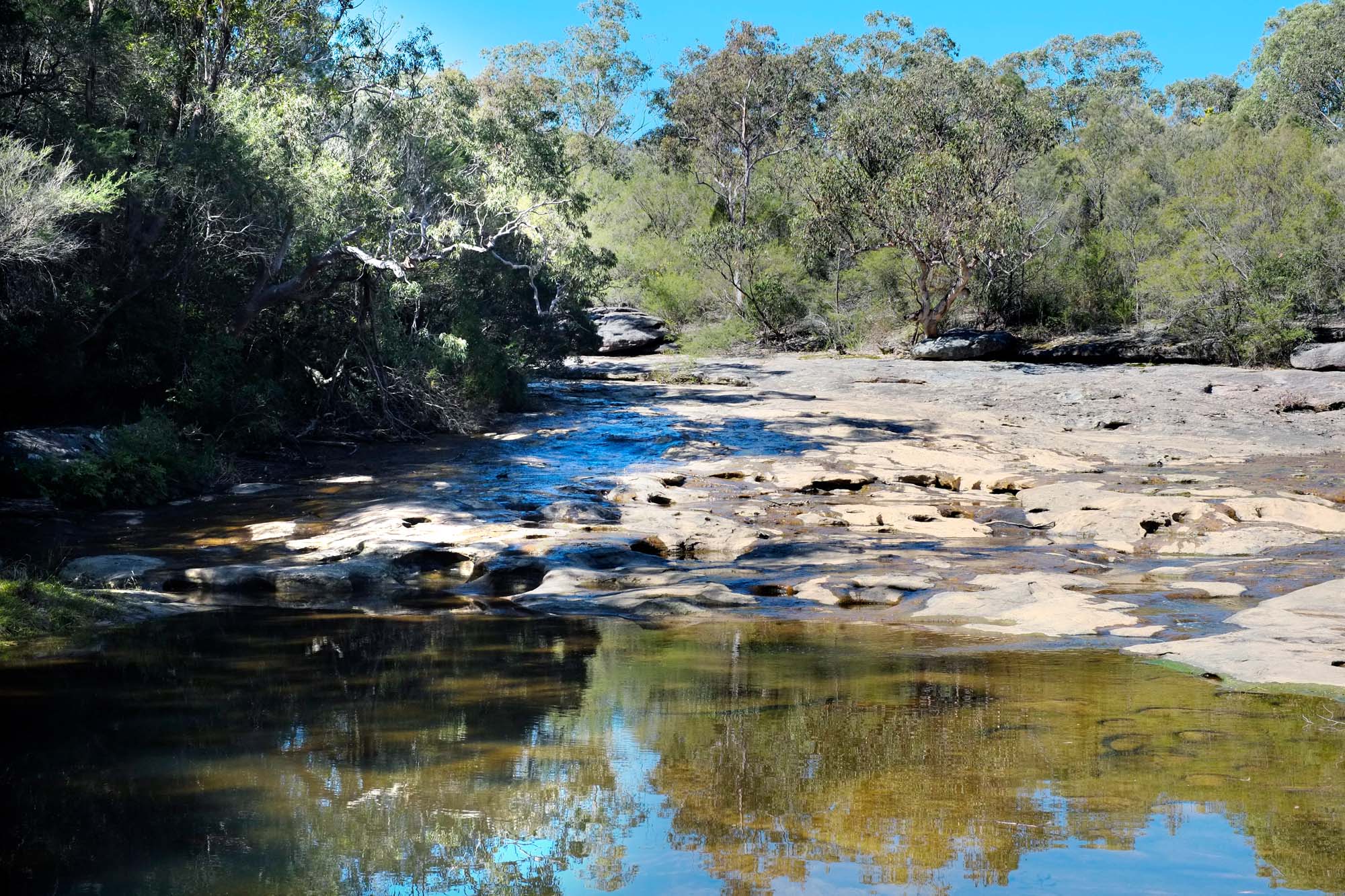 The Cascades
Depending on the time of year and recent rainfall, the rocks that form the platforms, pools and waterfalls that make up the Cascades can be completely submerged or almost entirely exposed. Both versions are equally beautiful. When dry, there is more to explore in the way of hidden caves and lizard-sunning locations, and the historical site of Bungaroo Pool. 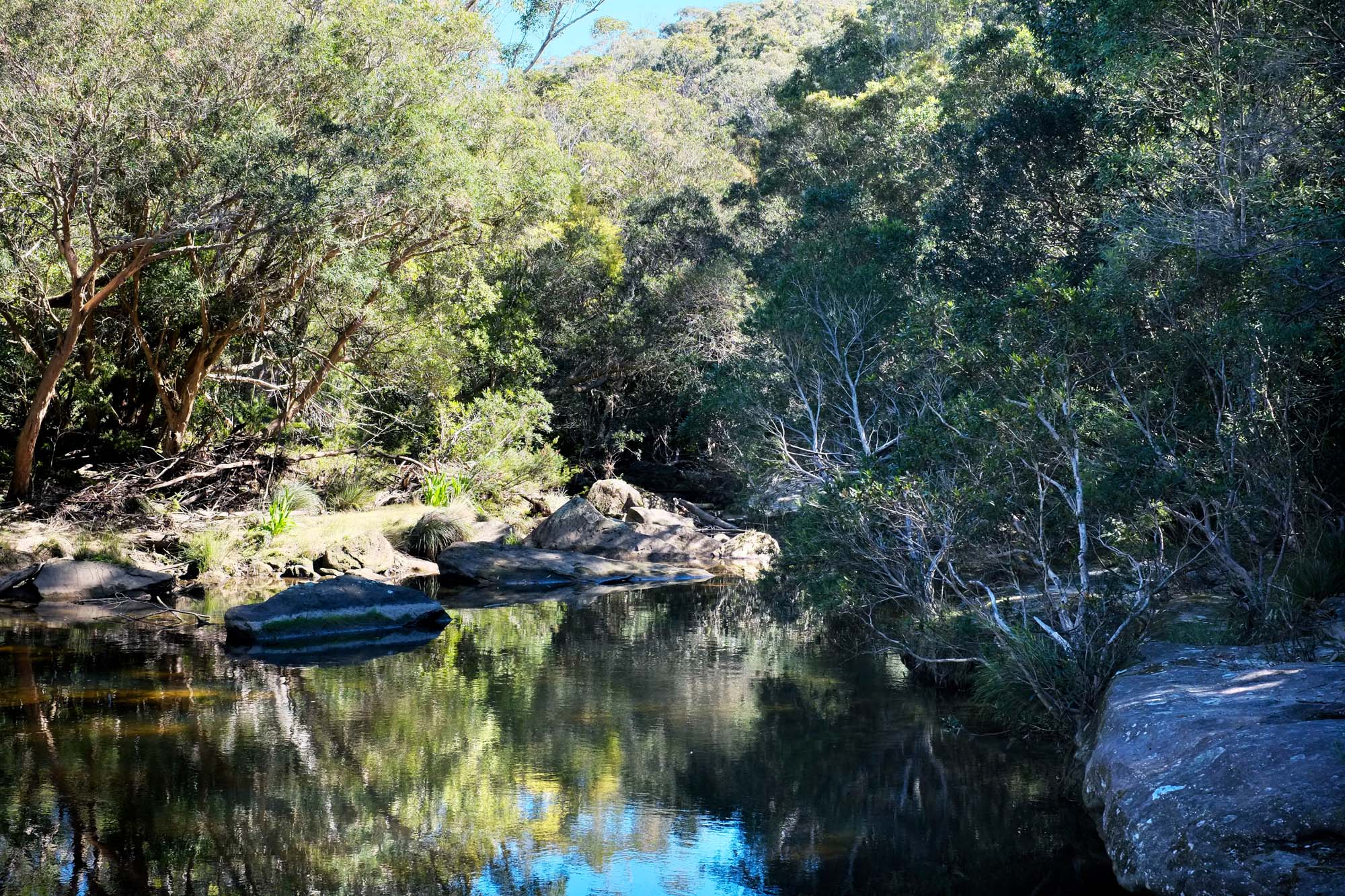 Bungaroo Pool
Located further along the track at St Ives, Bungaroo Pool was once a public swimming hole built in the early 1900s, though has since been returned to nature. When the rain has been heavier, both the upper and lower pools fill to create rock pools to luxuriate beside (although swimming in them isn’t recommended, as water quality can change).

Tip: Keep an eye out for an inscription of “Ladies” in a rock wall designating the changing area from when the pool was being used in the 1930s. 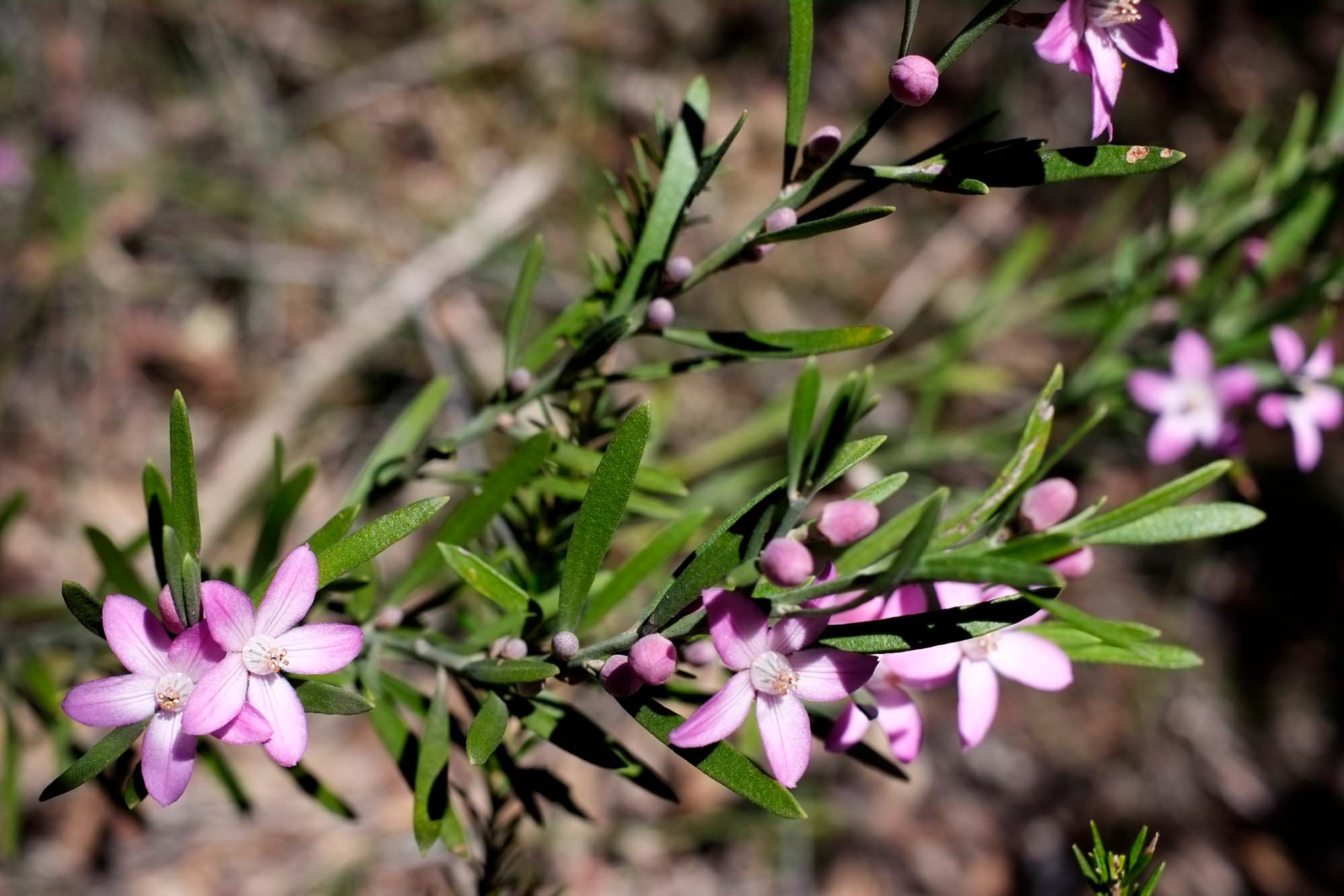 Flora and fauna
The biological diversity of this remnant native area is such that if you sit long enough, you’ll see creatures that no longer inhabit urban areas. Species to be sighted include the giant burrowing frog, red-crowned toadlet, swamp wallabies, echidna, southern brown bandicoot, Rosenberg’s goanna, the powerful owl and the barking owl. Birds are also abundant, with birdwatchers to be on the lookout for lorikeets, sulfur-crested cockatoos, glossy black cockatoos, wrens, finches, firetails, king parrots, rosellas, lorikeets, honeyeaters, laughing kookaburras, and Azure kingfishers among others.

Wildflowers also begin to crop up along the tracks to add small pops of colour among the tall Sydney red gums and bloodwoods. Rare plant species include Tetratheca glandulosa (vulnerable to extinction in NSW), Genoplesium baueri (endangered in NSW and Australia), and Melaleuca deanei (vulnerable in NSW and Australia). Closer to the creeks and streams you’ll find the shade lessens but the cool breezes pick up and can carry native bees and butterflies in your direction. There are many small holes in the ground close to the track too, so if you’re lucky you might catch a glimpse of a bandicoot. 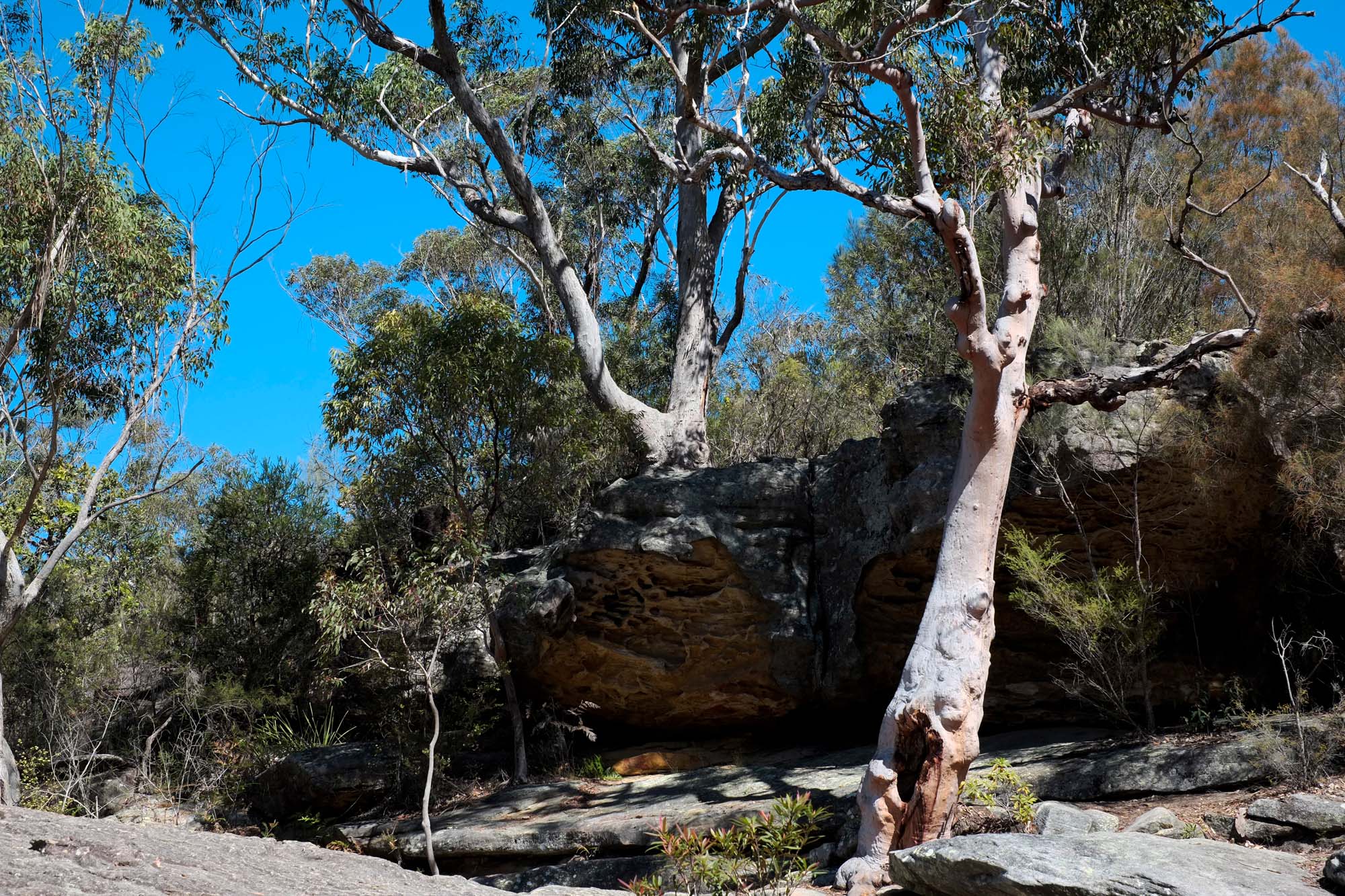 Outdoor adventures
Did you bring your bike? The mountain-biking options here are spectacular but check first which tracks are designated for bikes, as some tracks are for walking only or shared with horse-riders. Stick to the wider parts of the track and stay on the fire trails only.

Both Heath and Bare Creek tracks are more challenging for both biking and walking, and can be joined from the main path of the Cascades track.

Safety
No matter the kind of adventurer you are, Garigal National Park offers an array of options to keep you safe. Maps are available at wildwalks.com and prior to departure check NSW National Parks Alerts for park closures and alerts. During the bushfire season (October to April each year) ensure you monitor your surroundings for signs of bushfire, such as on the RFS Bushfires Near Me app. 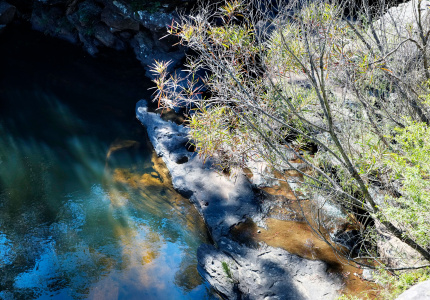