Out of Town Guide: Cowra

The Central West is having a resurgence and Cowra is at the heart of it. 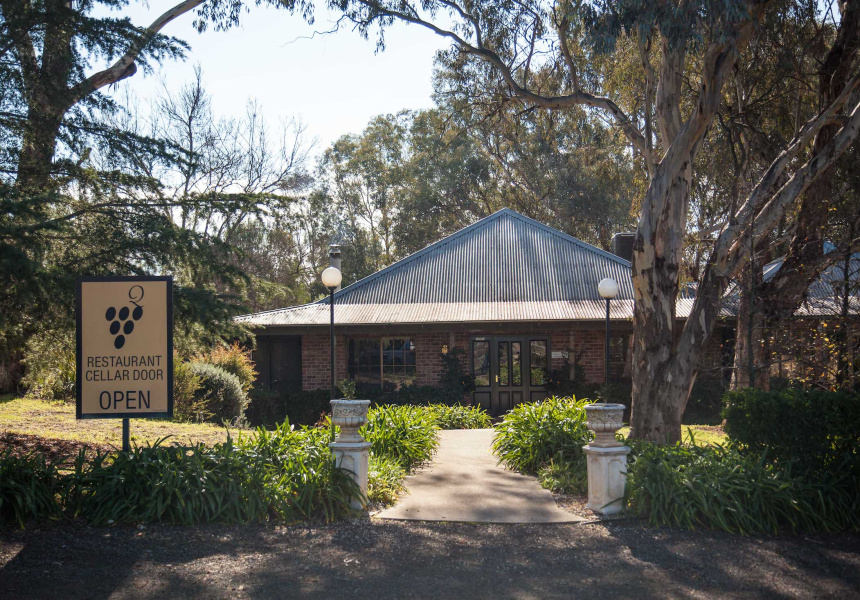 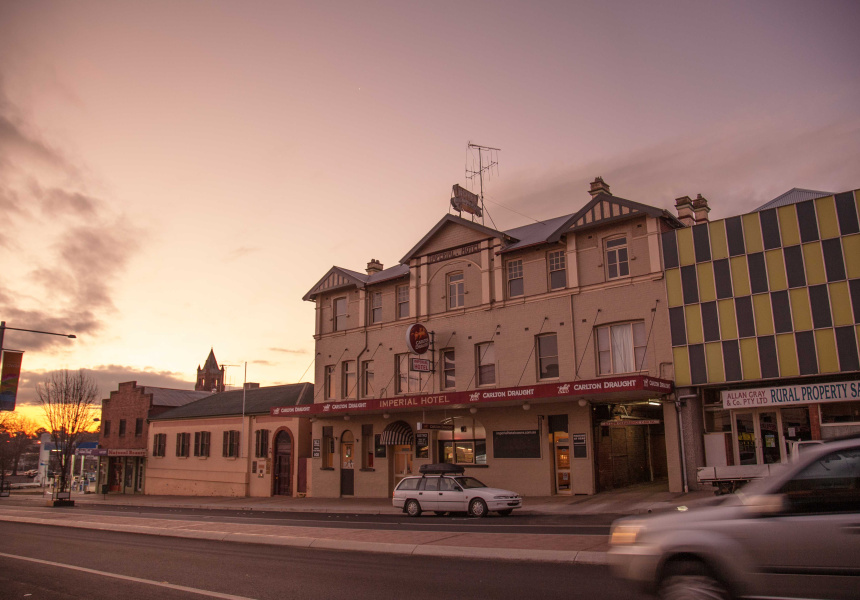 Just a few hours down the M5, Cowra is a rural gem with loads of fresh produce and a strong Japanese connection. It also happens to be the site of one of the largest prison breakouts in the world. Here's a guide to getting out of town.

Harvest In The Park
Harvest In The Park is only in its second year, but with more than 60 stalls, it’s already one of the best resources for local produce. Held in Brougham Park, just south-east of the city centre, you’ll find pickles, jams and chutneys, as well as handmade jewellery, toys and a local wood carver turning out doorknobs, tables and chairs.

For kids there are sweet shops selling lollies by the metre, mini-doughnuts and a jumping castle to burn off all that sugar. For adults, there’s a coffee cart, chocolate makers from Orange and the Bell River Estate stall with its outstanding Muscat.

The next market happens on Saturday October 31, and in 2016 will return in May and October.

Cowra Peace Precinct
It’s hard to believe, but in 1944 Cowra was the site of one of the world’s biggest prison breaks. As World War Two raged in Europe, Italian, Korean and Japanese soldiers captured in Papua New Guinea were brought to the No. 12 Prisoner of War compound on the outskirts of town. Four thousand military personnel and civilians were detained peacefully, until 2am on the morning of August 5, 1944, when more than 1000 Japanese POWs engineered an escape, only for many to be mowed down by sentry machine guns. Of the 359 that made it out, 231 were killed and the remaining recaptured.

Cowra doesn’t flinch from recognising the event. Visitors can inspect what’s left of the compound, and the visitor centre has an impressive hologram show that tells the tale. Afterwards, visit the Japanese War Cemetery on the edge of town for a peaceful reflection on the tragedy.

Cowra Japanese Garden
Don Kibbler was only nine years old when the gunfire and escaping prisoners awoke him in his bed in 1944. By the time he was 35, he had a plan. A builder by trade, Kibbler proposed constructing the Cowra Japanese Garden to honor the fallen of the breakout, and to nurture Japanese-Australian relations.

The result is 16 acres of exquisitely maintained gardens designed by renowned architect, Ken Nakajima. Every turn on the winding paths reveals miniature Japanese landscapes in a traditional layout, including a mountain, pine trees, waterfall, lake, river and “ocean” (or in this instance, a larger lake). Mr. Nakajima was so proud of the finished result he requested his ashes scattered in the garden after his death.

Visit in spring when the cherry blossoms bloom.

The Imperial Hotel
A friendly, traditional pub in the middle of town, The Imperial features namesake brew, the Impy Pale Ale, on tap. The kitchen does a great local rump steak and mash. The mushroom stack is a vegetarian favourite. Patrons range from a lively 20-something footy crowd (owner Dave Oliver coaches first-grade) to the older set.

The Oxley Wine Bar
This is where you want to be on a cold winter’s night. The Oxley Wine Bar has an impressive array of pizzas rolling out of the kitchen, and owner Ian Grant and his crew are happy to recommend from their impressive wine and craft-beer list. Furnished with vintage treasures sourced by Lusi Austin from local antique store, Finds On Fitzroy, it’s a perfect place to hole up and listen to classic vinyl on rotation.

There are crisp-based pizzas (try the lamb and tzaziki); some amazingly tender salt-and-pepper squid; and local Cowra lamb hind shank roast in master stock. There is also duck sausages on mash and an amazing eight-hour, slow-roasted pork belly on pumpkin and pine nut puree, with Tasmanian scallops and apple-cider jam. We recommend booking ahead of time.

The Mill
The oldest building in town, which was originally a steam-operated flour mill, is now an award-winning cellar door for the Windowrie Winery.

The Mill features comfort breakfasts done well, including a big breakfast with bacon, sausages, hash browns, mushrooms and eggs, topped off with a lamb chop. If you’re game to take it on, it could easily be your one meal for the day.

Owners Anne and Paul Loveridge have been operating this classy restaurant for almost 30 years, and the food is amazing. Soy-sesame-glazed local lamb rack with wasabi aoli and miso jus, and eye-fillet beef with Ponzu sauce feature alongside seafood dishes that pair perfectly with the wines on sale. Paul makes the savoury dishes, Anne is the pastry chef, handling the millefuille of raspberry and rhubarb with vanilla cream, and the burnt-orange crème brulee.

Kendal Street Apartments
In the middle of town, these comfortable apartments are quiet despite being on the main drag. The four self-contained, two-bedroom units include electric blankets and a kitchenette you can use to try out all of the treats you picked up at the markets. There’s parking out the back and everything is within walking distance.

This article is presented by Central NSW Tourism. 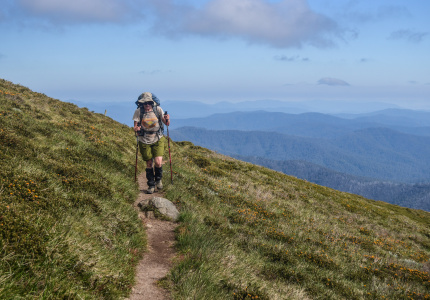