A New Precinct, Complete With Hotel and Cafes, Is Evolving in the CBD

It includes one of the city’s best looking indoor pools. 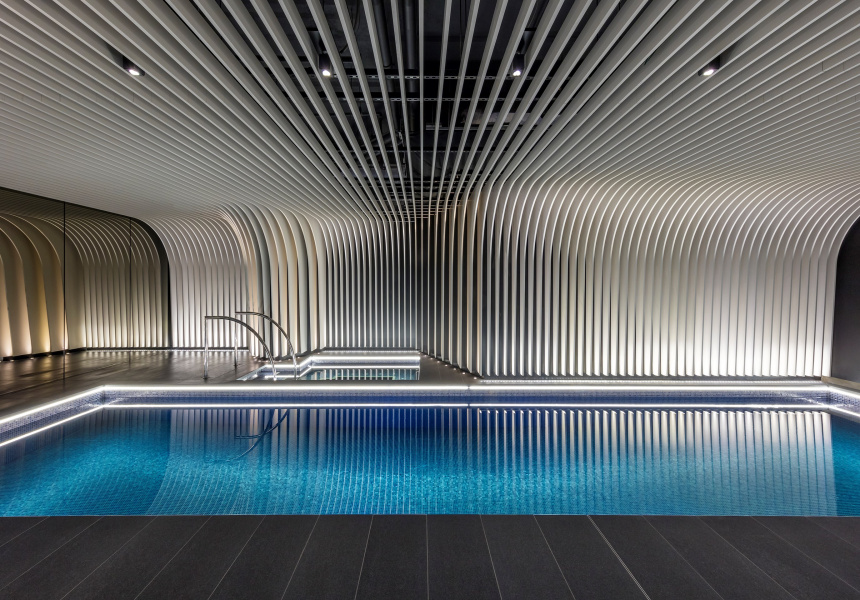 Arc by Crown Group includes 73 stylish boutique serviced apartments and residential housing – under the banner of Skye Suites Sydney – and on the ground floor, a retail precinct that features cafes, restaurants and the restoration of Skittle Lane, a pedestrian walkway that links Kent and Clarence streets. The complex was built by the Crown Group (not to be confused with the one that owns Melbourne’s Crown casino).

Skittle Lane was originally built between 1865 and 1880 to service the surrounding warehouses – Crown says sailors and soldiers who frequented the area used it as a bowling alley – and the restored thoroughfare has been paved with trachyte blocks, sourced from Bowral, as a nod to its industrial past.

It’s a handsome space and features an eight-floor atrium illuminated by a 12-metre sculpture by Ramus Illumination. Reflect stretches across the cavernous space and is a crisscross of wires and thousands of LED lights. It shifts its colour and light configuration according to the sound and movement of people beneath it.

The precinct already houses Ministry of Coffee, jewellery store Grew & Co and a Japanese restaurant, Izakaya & Ramen Michi, but to come will be a multilevel tapas bar and restaurant, Meu Jardim. (Ussi Moniz Da Silva, who opened Bondi’s Upper East Side, is behind it.)

You can also access one of Sydney’s best bars, PS40. Until recently Skittle Lane boarding blocked the small (nameless) lane PS40 is on (which runs perpendicular to Skittle), but with it now finished you can stroll past it from King Street to Skittle.

The centrepiece of the development is the hotel, which has elegant, oversized luxury rooms with balconies, and one of the city’s best-looking pools. It’s in a moodily lit room with a sensually curved ceiling – is there a better place in Sydney to to do laps? – with a gym off to the side.

The rooms have the comforts we expect these days such as wi-fi and smart TVs, as well as Delonghi appliances, a coffee machine, Kevin Murphy toiletries and a pre-stocked mini bar. Like your mattress firm? That’s okay – Skye Suites has a bed-firmness menu.

Hutchinson Builders did the complex, hand-built brickwork and masonry arches, using more than 300,000 bricks to create the intricate detailing. Arc is understated and stylish.

Arc by Crown Group and the Skye Suites Sydney hotel are at 300 Kent Street. Skittle Lane retail outlets will continue to open over the next few months. 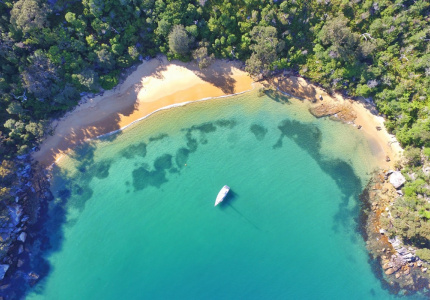 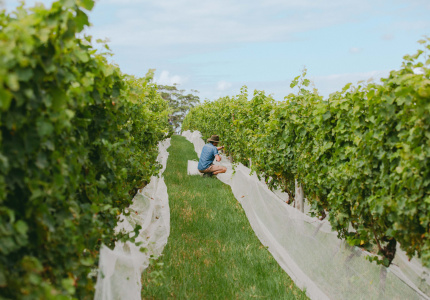