If you’ve never been to this summer festival of the bizarre, this is your year. 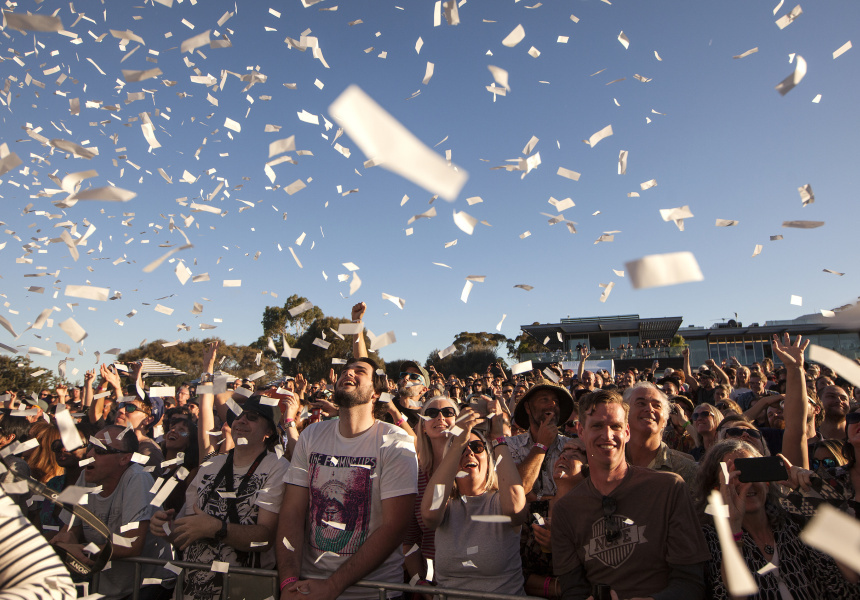 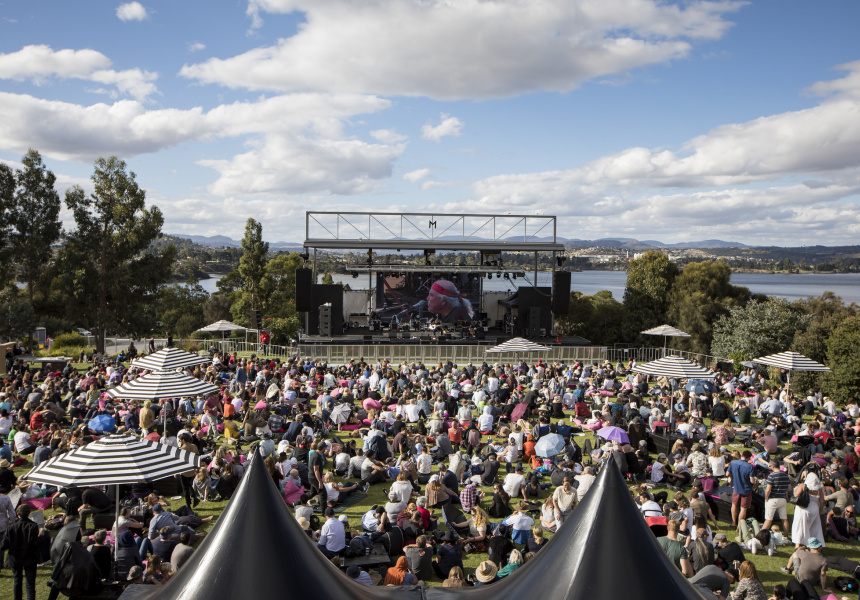 For the past decade, summer in Hobart has been predictably unpredictable. Thousands flock to Australia’s south island to bear witness to another exploration of the weird and unforgettable. Minds are contorted. Artistic alliances are forged. By the end of the week, strangers in Hobart airport’s departure lounge – tired, sunburnt and pleasantly confused – share knowing looks.

This year brings the 10th Mona Foma. It will be the last based in Hobart before shifting to Launceston. If for some reason you’ve never been, here’s the perfect opportunity to rectify that oversight.

With a little help from festival curator Brian Ritchie, we’ve put together a guide of what to expect. “The stuff that’s happening this year is … is there a word like ‘irreplicable’?” asks Ritchie. “Like, it can’t be replicated anywhere else?” It’s not technically a word, but let’s go for it. It’s irreplicable.

Throw yourself in
You’ve had a look at the program and don’t know most of the names. Don’t worry. This isn’t a normal festival. Dune Rats aren’t playing.

The smartest strategy is just to take a punt and seek out things you’re not familiar with. Lie in a knitted cocoon and meditate to the sound of your amplified heartbeat, then after dinner catch Norwegian black metal band Mayhem perform their album De Mysteriis Dom Sathanas (roughly translated: About the Mystery of the Lord Satan).

Ritchie admits he’s never heard of most of it either. “We field requests and hunt around the internet looking for stuff,” he says. “Artists with prior involvement will suggest new artists for us to check out. Sometimes we’ll have a concept we’re exploring and find artists who fit the brief. As a curator I don’t know what’s going to be the best thing. There’s no way to predict it.”

Find the weird spaces
“Some people go and sit on the lawn at the main stage the whole time,” says Ritchie. “I’m sure that’s a great experience. But if you really want to get into it, you’ll need to dig a little deeper.”

The main stage has a capacity of about 3000, but look out for the smaller “venues”, some of which will comfortably accommodate an audience of one (there’s not much room left in the closet once you’ve got a choir and a saxophonist in there). Good things come to those who explore. In previous years we’ve found an upturned wheelie bin that leads to a cosy make-out cave and a synthesiser hidden in a lift. Not every bin is a secret doorway, but how else are you going to find out?

Delve into the local arts scene
“We work with a lot of locals year-round,” says Ritchie. “And now we’re leaving Hobart we wanted to feature them as much as possible.”

Hobart’s eclectic arts scene is invading every facet of the program. The Southern Gospel Choir will be guest-conducted by Gil Scott-Heron collaborator Brian Jackson, and Petra Haden, daughter of jazz legend Charlie Haden, will lead a local improv band through a tribute to her father’s work. Elsewhere, Hobart’s noisy underground scene is brought above ground for Hobart + Music = Yeah, and one man will perform for 24 hours straight on more instruments than you can name. So you’re not short on opportunities to see the locals.

This year, Mona Foma is beginning the process of upping tools and moving north to Launceston. Ritchie says it’s about spreading the love around and exploring what the town can offer. “There’s no symphony orchestra or conservatorium up there,” he says, “so we’re talking to people and working out how to connect with the local scene.”

Traverse the island
Launceston is a mere two-and-a-half hours up the road from Hobart. While Hobart is now synonymous with Mona and the parade of festivals it’s wrought, Launceston remains, in national eyes, a sleepy backwater.

This year a few unmissable events will draw the Hobart-savvy crowd onto new territory. There are the big-ticket events, such as Gotye’s tribute to synth pioneer Jean-Jacques Perrey, and the uplifting union of Canadian post-rockers Godspeed You! Black Emperor, and contemporary dance group Holy Body Tattoo. There’s also a huge block party in the offing, though Ritchie is tight-lipped on that.

“We don’t know exactly what will happen there,” he says, “but I advise that people go to it.”

That’s Mona Foma in a sentence.

Mona Foma spans Hobart and Launceston from January 12 to 22. 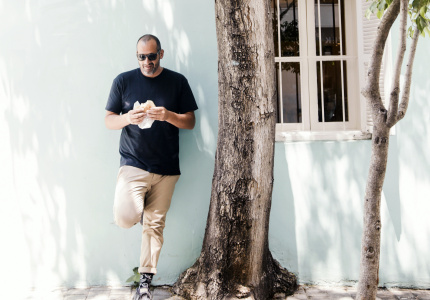