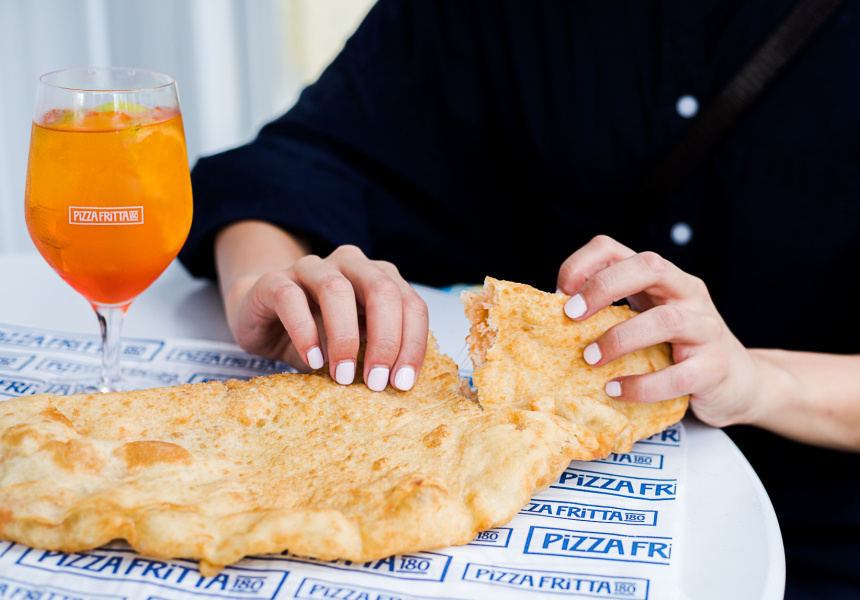 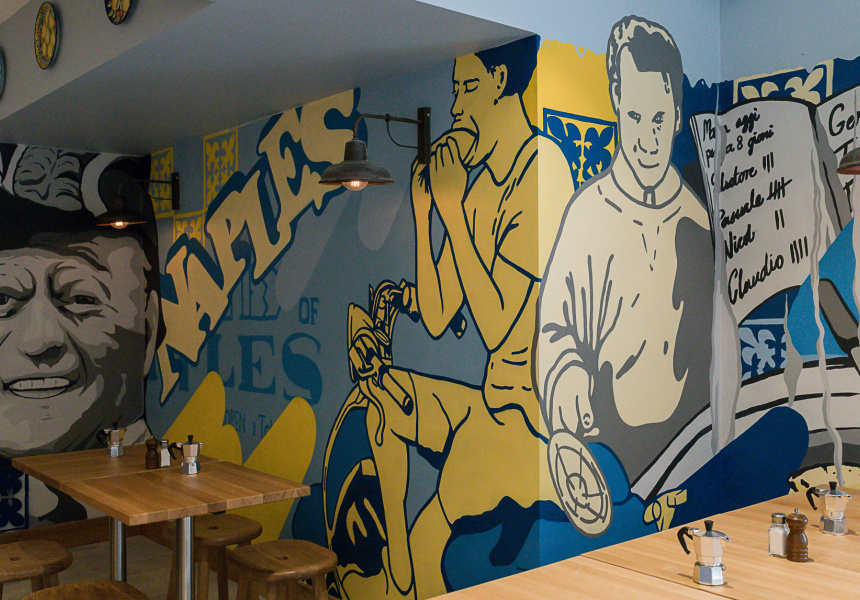 Pizza Fritta 180 takes its name – and menu – from one of Naple’s oldest street foods: flash-fried pizza. It’s by Luigi Esposito, founder of Sydney pizza institution Via Napoli. Growing up, fried pizza was one of Esposito’s favourite treats – and he’s been cooking it to his nonna’s recipe since he was 11 years old.

Fried for one minute, pizza fritta is crisp on the outside and gooey in the middle. Each golden bundle is topped or filled with one of eight combinations of Italian ingredients, including three fillings named after Esposito’s daughters. Elena is a mix of pork, provolone, ricotta and pepper. Allegra comes with ‘nduja (a spreadable, spicy Italian salami), ricotta, caciocavallo (curd cheese) and tomato; and Chiara is a classic combo of tomato, mozzarella, pepper and basil.

The result is like a fried calzone you can eat with your hands – go for the large if you’re hungry. Also on offer are snack-sized doughnut-like options called montonare with toppings including eggplant parmigiana and sausage.

The fried fare continues for dessert, with Graffe Napoletane (a traditional doughnut fried-to-order and sprinkled with cinnamon); a Nutella calzone; and bombolone filled with strawberry and cream.

The drinks list features Italian-leaning standards and a small selection of wines.