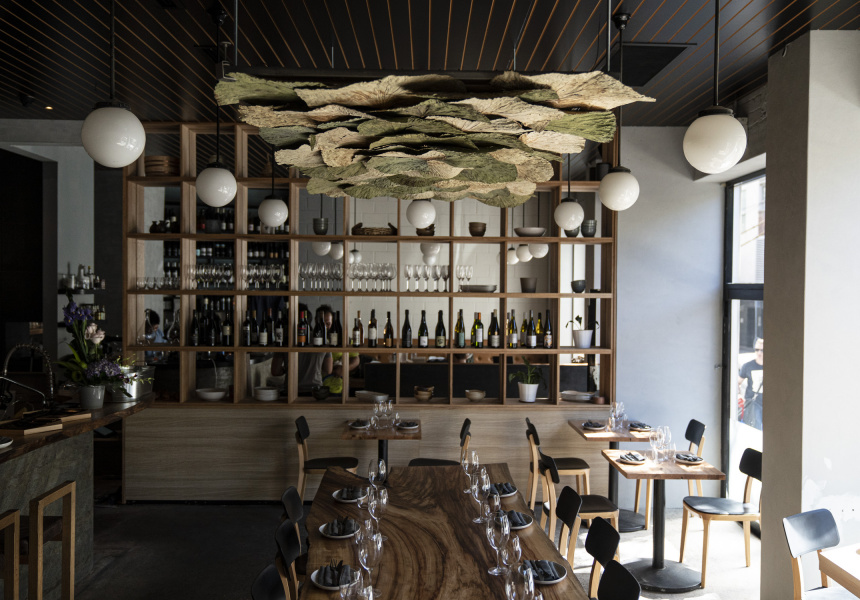 Nikkei is a restaurant and bar by the team who brought us Tokyo Bird, Osaka Trading Co and Bancho bar, and as the name suggests, it’s all about nikkei food.

The term nikkei is used to describe Japanese diaspora communities, but also the melding of Japanese techniques and flavours with Peruvian produce. (There’s been a Japanese community in Peru since the late-19th century.) Nikkei isn’t fusion food – it’s distinct cuisine in its own right.

Dishes include a swordfish ceviche; calamari, fried egg and pickled cabbage on a bed of pureed roast banana; and a tuna tartare sitting prettily atop a dome of sweet potato, leek and Japanese-style pickled plums. These are simply plated, exploratory concepts. Most importantly though, they’re delicious.

While chef Lucas Cerullav David has been given almost complete freedom over the edible portion of the experience, Phil McElroy (ex-Mona and Firedoor) and manager Marco Oshiro Giron are in charge of the drinks. The focus here is on coastal wines, a remit that could include any drop from the south of Chile to Margaret River. For cocktails, a drink featuring pisco, house-made chica morada (a Peruvian purple corn drink), yuzu and plum bitters was a standout.

You’d never think that Nikkei’s build was an improvised one done by friends and family – see the long, communal timber table cut from a single tree, the curved bar laid with laser-cut stone, the three-metre tiles behind the open kitchen. The bigger dining area plays mainly salsa and reggaeton through its speakers, while the smaller space has a bar-focus with dimmed lights and faster music.