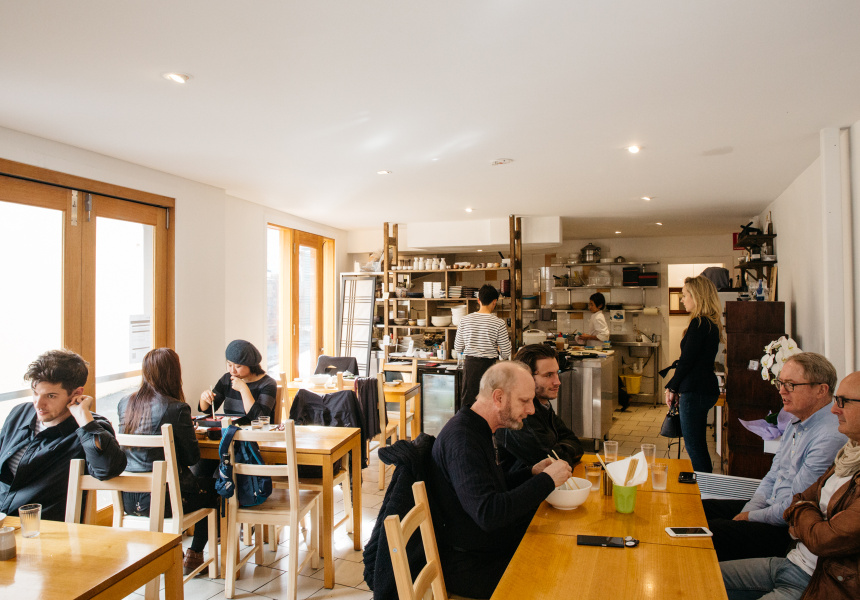 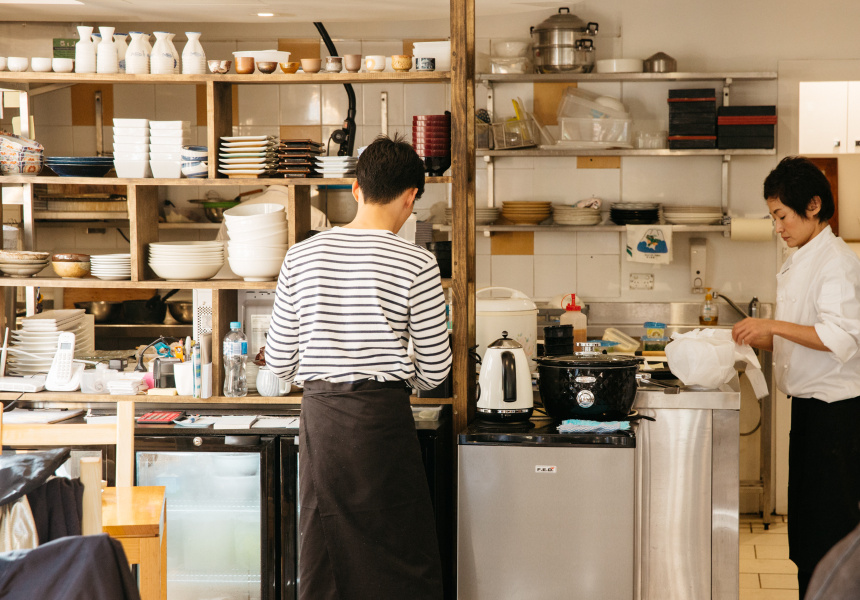 “Konakara” is Japanese for a small measurement of sake, roughly a shot glass full. Mariko Takeuchi opened a Japanese restaurant in Surry Hills of the same name.

Konakara’s food is simple, traditional fare, like Japanese home cooking. Fried chicken karaage is a standout dish. The chicken is marinated in soy sauce and ginger before being battered in tapioca starch and fried. Slightly sweet Japanese mayonnaise is served on the side for dipping.

Konakara’s ramen is different from the tonkotsu (pork-based stock) favoured by many Japanese restaurants. By contrast, Takeuchi’s torigara (chicken stock) is light.

For homemade miso-based ramen, she does chashu (grilled pork neck with corn and shallots). For soy-based, chashu is served with seaweed and spinach.

Konakara occupies the corner spot of a newly renovated row of terrace shops on Fitzroy Street in Surry Hills. Pairs of French doors are spaced at regular intervals around two walls, letting in sunlight gleams through trees outside. The fit-out is typically Japanese: spartan with plenty of natural wood. It’s light and simple, just like the food.