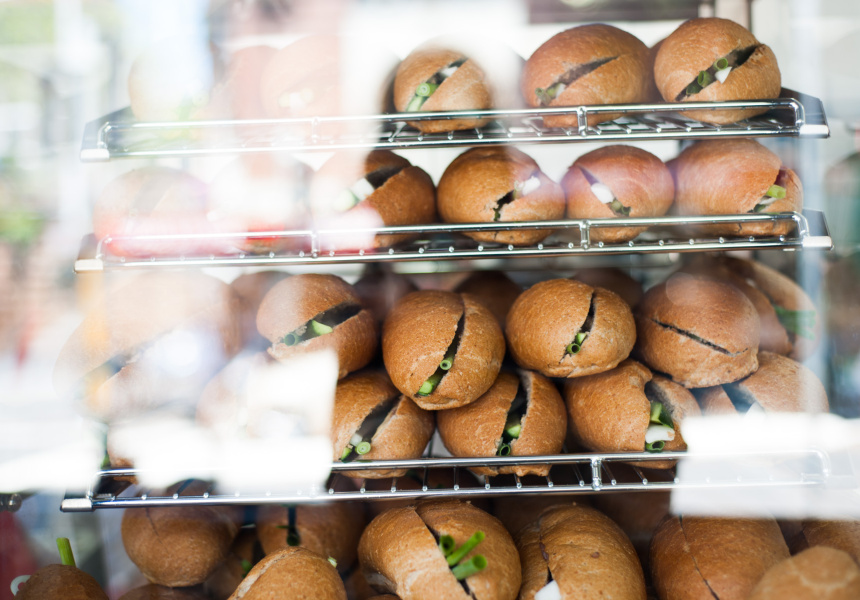 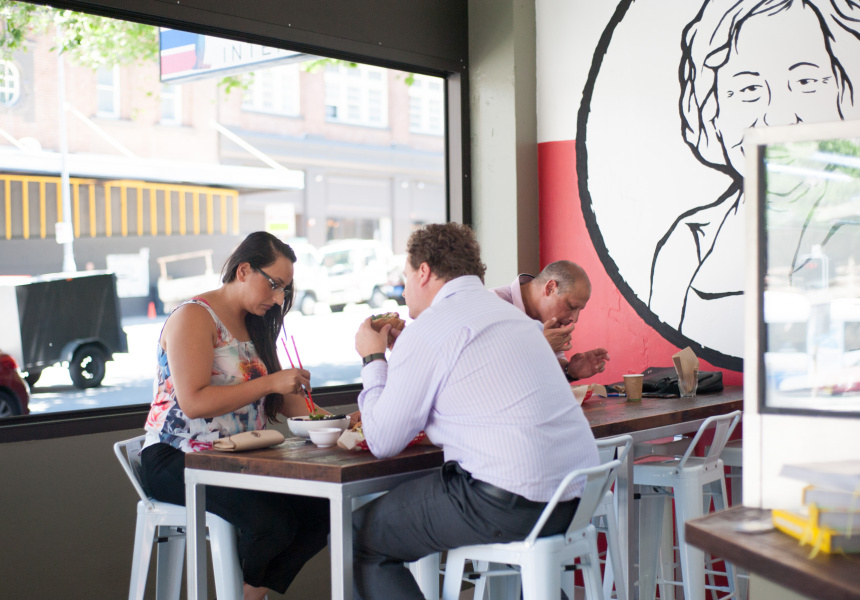 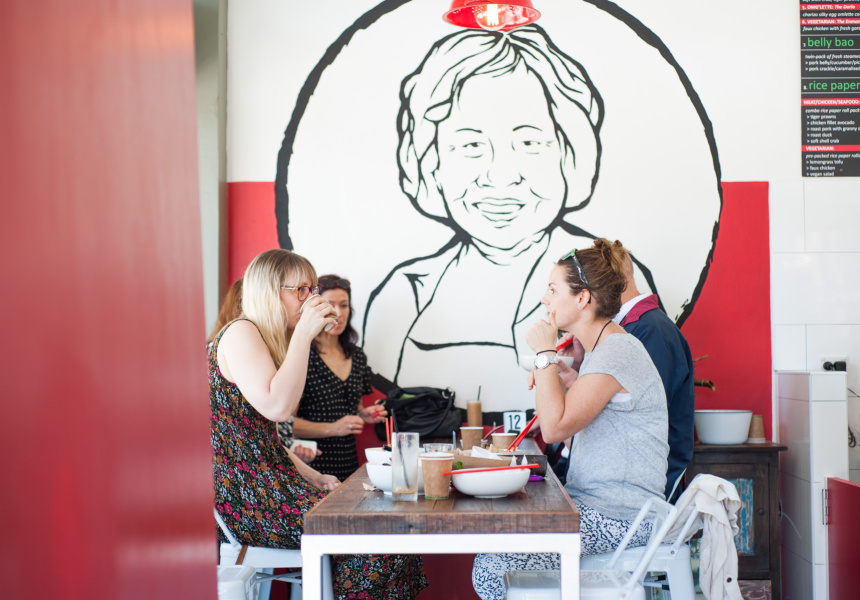 If you live in or around Enmore, you’ve probably experienced the street food phenomenon that is Great Aunty Three.

Whether it’s a casual Friday-night bowl of piping-hot, house-made pho, or an “Enmore Special” (a fresh, white bread roll stuffed with salty caramelised pork, carrot, coriander and pork crackling), or a sweet, strong Vietnamese iced coffee, Aunty’s is a go-to for locals and visitors.

Great Aunty Three’s Surry Hills location has a slightly more sophisticated menu than at the Enmore location. Here chef and owner Michael Le is using recipes passed down through Le’s family, from his grandmother’s grandmother, Aunty Three herself. They have been tried, tested and adapted over the years by Le.

Try The Bondi, a classic banh mi with soft-shell crab, barramundi and tiger prawns in place of traditional pork. There’s also the Banh Bao, a steamed lotus-leaf bun filled with caramelised pork belly, pork crackling, house-made pickles and black-and-white sesame seeds. For a lighter option there’s the vibrant lemongrass noodle salad, or the duck rice-paper rolls. At the other end of the scale there’s always the fried ice cream.