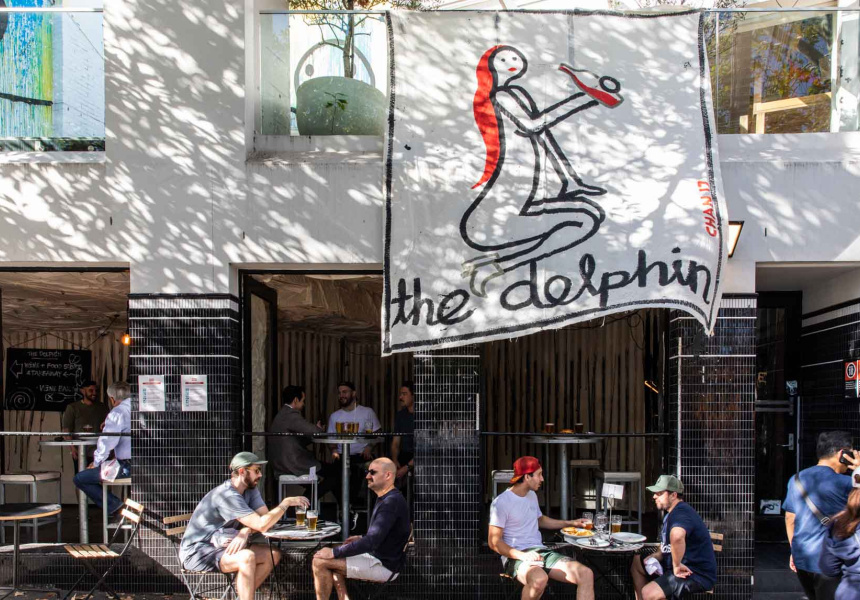 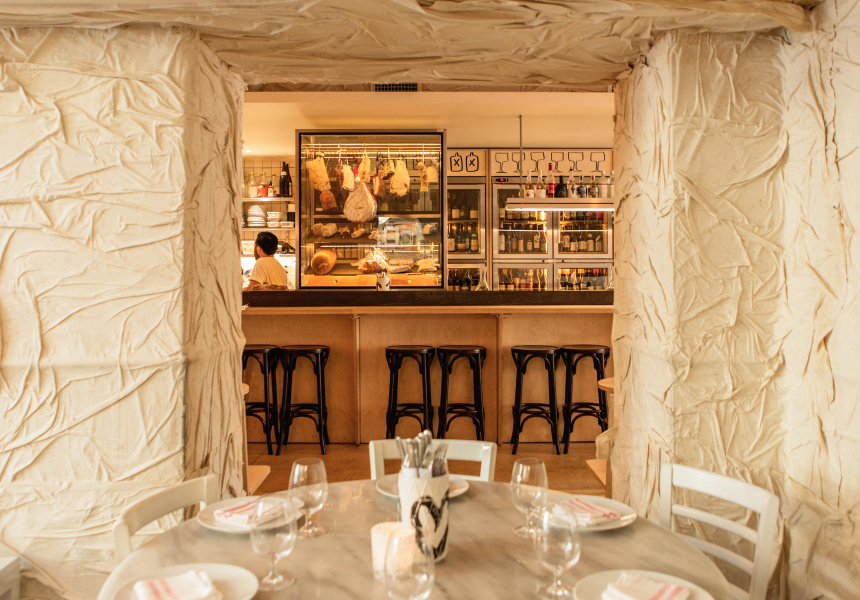 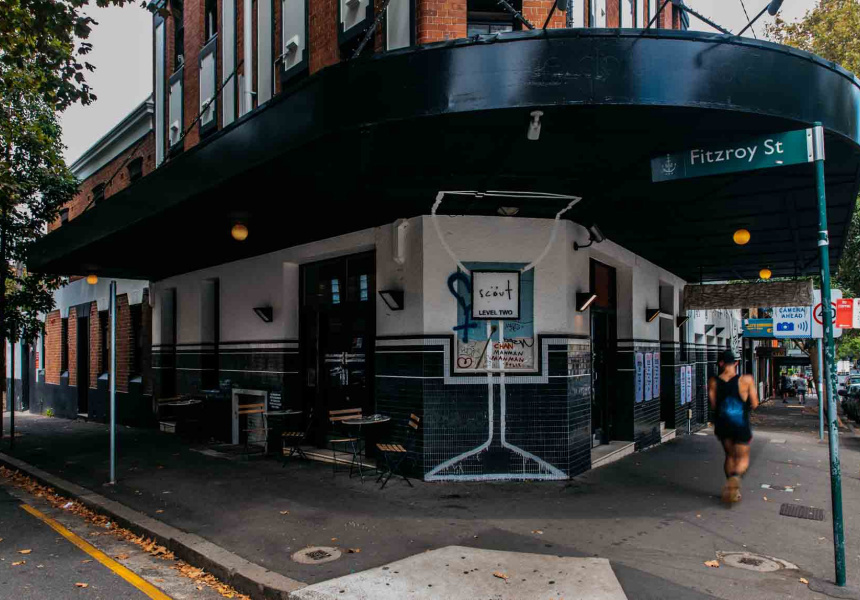 Imagine Icebergs as a pizza-centric pub bistro, and you have a pretty good idea of The Dolphin Hotel. Behind the pub’s tiled façade, fine-dining chefs make pizza, a sommelier curates the wine list and a pastry chef works with a wood-fired oven.

Icebergs’ Maurice Terzini took over the site in 2016 with the four owners from Hotel Harry (Terzini is no longer involved with The Dolphin). Their influence will be apparent as soon as you enter the avant-garde, cream-on-white interior by George Livissianis (Cho Cho San, The Apollo).

Some walls are bare. Others are clad in wrinkled fabric, a technique inspired by Bulgarian artist Christo. Upstairs, black-and-white graffiti-style couches by artist-in-residence Beni Single are wrapped in plastic; and highlights by installation artist Tracey Deep abound. It’s a look you won’t soon forget.

From the restaurant, get soft-grilled octopus with poached potatoes and salsa verde. The twice-cooked pork belly with radicchio, beetroot and truffle; and the crab spaghetti, are close matches to their Bondi counterparts. There’s also a range of salumi by Continental Deli; and cheeses from local makers La Stella and Vannella.

For most punters, it’s hard to go past the northern-style pizzas (meaning crunchy, slightly thicker bases), which use fresh Australian ingredients, rather than the imported Italian stuff so prized elsewhere. The pizzas are also available in the public bar, alongside burgers, steaks, simple pastas and plenty of independent beers.

The last area, the intimate wine room, has been transformed into the Dolphin Wine & Food Store, where you can get your hands on a long list of vino – some rare and hard to find – as well as baked goods (sausage rolls, focaccias, and spinach and feta rolls) and groceries.

A recipe from The Dolphin Hotel is featured in The Broadsheet Italian Cookbook. Buy your copy at shop.broadsheet.com.au.