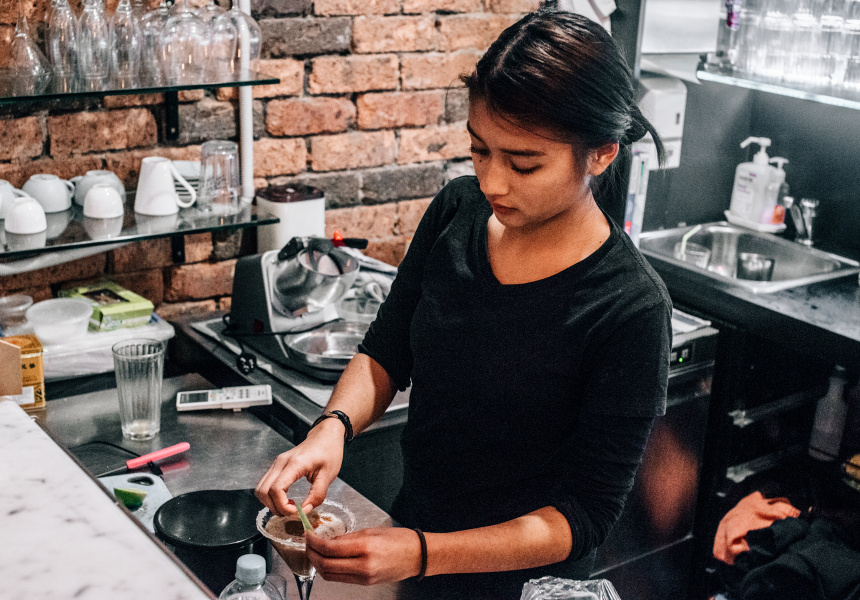 Lay Lay Naing and Tin Tin Khine used to cook at The Burman Kitchen in Granville. They were making traditional Burmese food, and they had a loyal local following. But in June 2018 they moved to Surry Hills.

Some of what Niang and Khine offer is old-school, but they also keep it fresh (traditionally some Burmese dishes are highly pungent or unctuously fatty). And while the timber floorboards, marble table tops, the open kitchen and the wall fixtures may all be new, the food is mostly unchanged, although a few new dishes have been added to the menu since the Granville days.