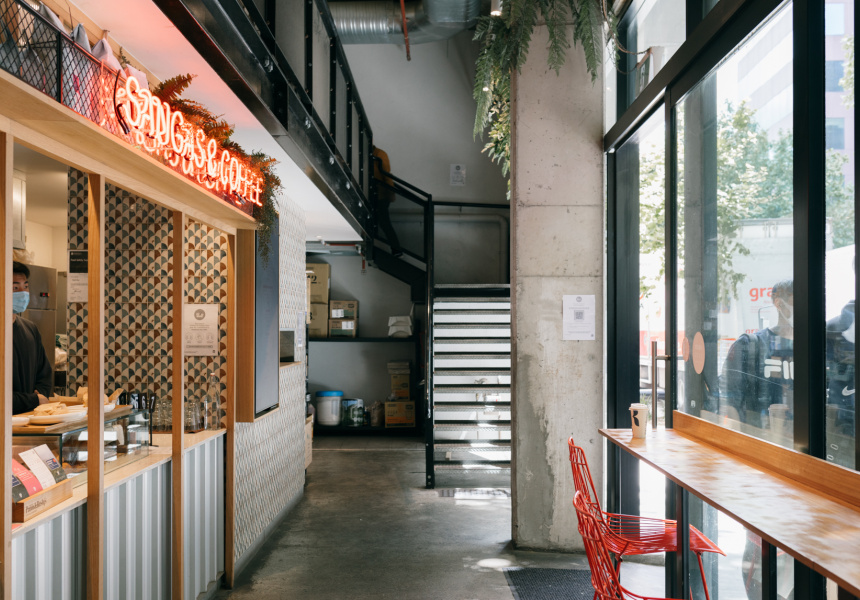 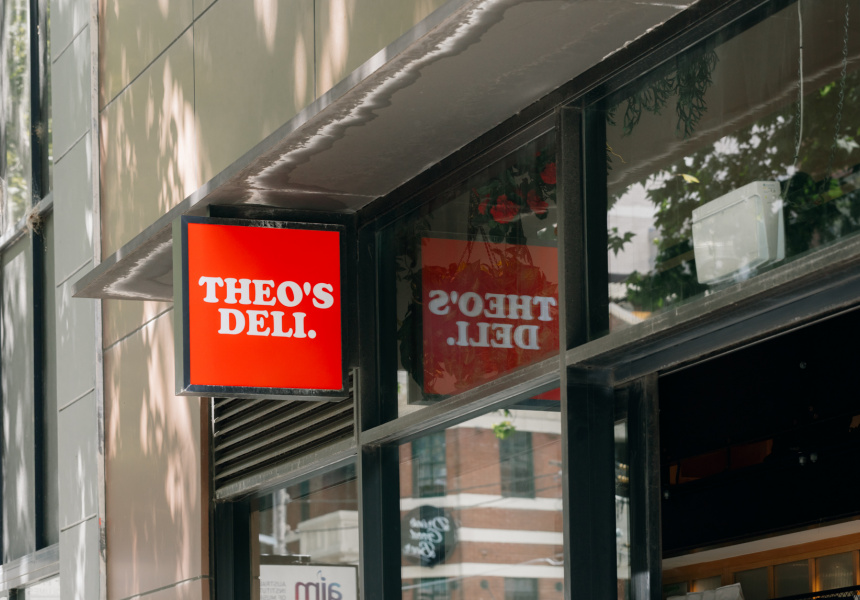 In 2021, the team behind Tokki in Surry Hills, and upmarket Barangaroo eatery Marble turned its attention to the steadfast sanga and opened Theo’s Deli, an unassuming yet standout sandwich shop on Surry Hills’ Foveaux Street.

Unlike owner David Bae’s fancier venues, Theo’s Deli embraces a back-to-basics approach. For that, he worked with executive chef Kevin Jeon (Rosetta, Longrain, Ezra) to develop a menu of seven signature sandwiches that draw on a wide range of influences.

For example, the HEC (“Ham, Egg and Cheese”) is Jeon’s take on a bacon-and-egg roll, but with smoked ham hock, a fried egg, chips, malt vinegar mayo and a mustard pickle relish. There’s also a tuna melt with a hit of wasabi in the cheesy-mayo mix; a perfectly-packed muffleta; and a rueben starring something akin to In-N-Out burger’s famously addictive burger sauce.

The space is reminiscent of Bae’s other venues, with sleek concrete finishes and his signature splash of neon over the counter. Greenery tumbles from the ceiling over a mezzanine level with seating for those who wish to stay for a sanga and coffee by Pablo & Rusty’s.