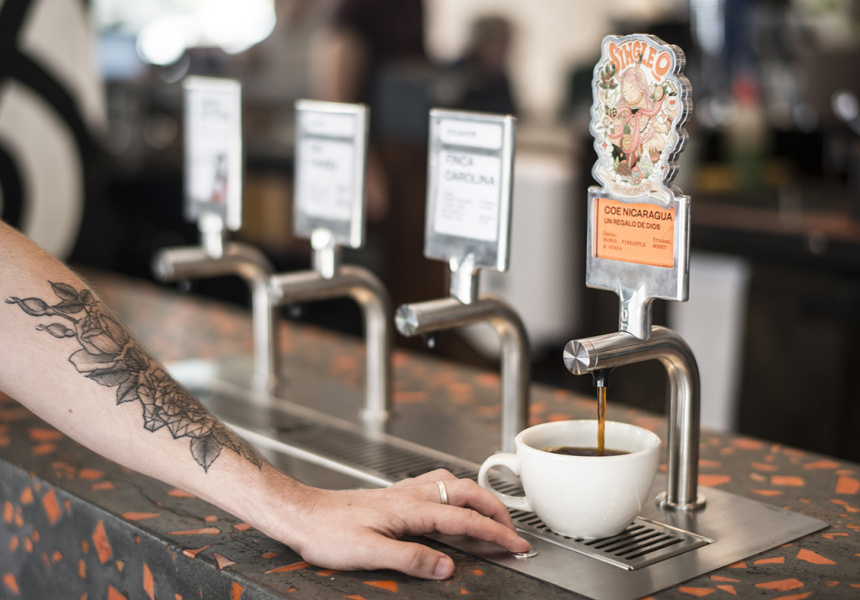 Single O (formerly Single Origin Roasters) was one of the pioneers in Sydney’s third wave coffee movement when it opened in 2003. And it's still at the forefront. In April 2019 it debuted Sydney's first self-serve batch brew bar. The bar’s taps look a bit like what you’d see at a craft beer brewery (in fact, that’s what they were inspired by), and mean the cafe can serve four different brews at any one time.

The rest of owners' Dion and Emma Cohen focus is on single origins, espresso and meticulously crafted blends. Educating Sydneysiders about flavour profiles, brewing methods and growing regions has been something of a side-effect.

Quite a few years down the track and the cafe may no longer have an on-site roaster (that’s all taking place at the Botany Roast Works), but the coffee has only gotten better.

Comfortably compact inside, the tiny cafe has wall art by Brett Chan and a long stretch of street-side wooden seating. You’ll get your coffee, a thoughtful seasonal feed and all the details about your brew in one sitting. Don’t forget to ask some coffee-related questions or check out the current roasts on offer for take-home and DIY.

For more science or a coffee-to-go, head next door to their new addition, Sideshow coffee bar (designed and built by Ross Nicholls), for a theatrical display of V60s, cold drips and general gadgetry.