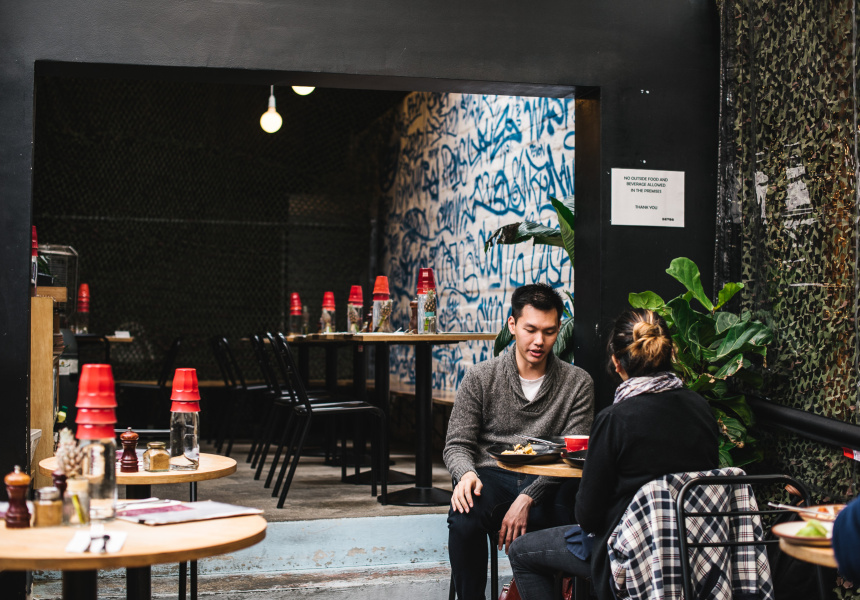 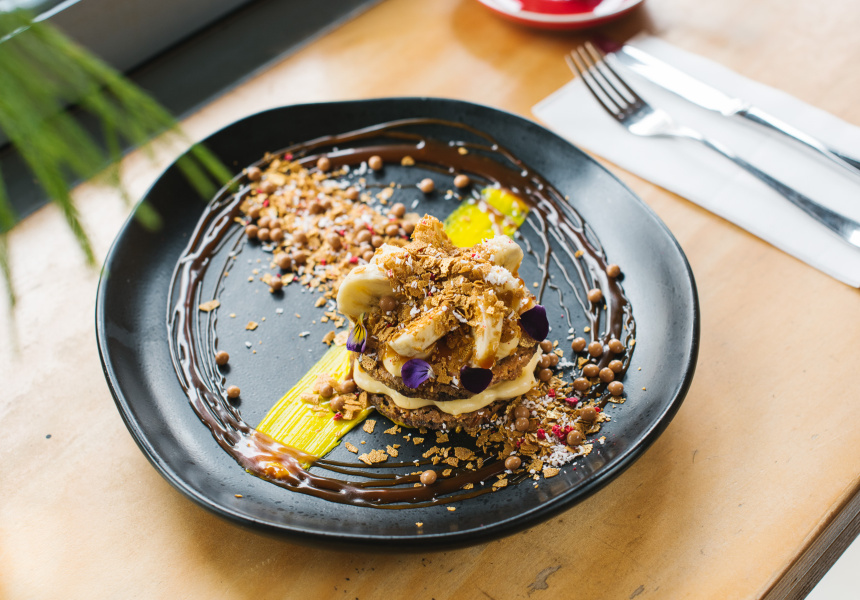 There have been few bigger influences on Sydney’s breakfast scene than Devon Cafe and its chef Zachary Tan (ex-Bistro Guillaume). When it opened at the start of 2013, Tan was one of few cafe chefs to eschew the standard model of scrambled eggs, muesli and toast. Instead, he focuses on serving restaurant-quality food and mixing Sydney’s different cultures and cuisines.

A mainstay since the opening day has been Breakfast with the Sakuma’s – a log of miso grilled salmon, a 63-degree egg, smoked eel croquettes and radish salad. Other dishes have included the buckwheat blini with house-cured salmon, broccolini, caviar and Mikado sauce; and the sort-of-French-toast that has seen various incarnations such as truffle, pina colada and strawberry versions.

Along with these experimental dishes, Tan and his team also serve up mean sandwiches, and burgers (sometimes cheeseburgers, sometimes more creative) and their own house blend of coffee.

The fit-out is similarly divided. A soft timber-led takeout section is more typical of Sydney. Less so the odd back room, which looks like an army barracks thanks to its walls of mesh and graffiti.