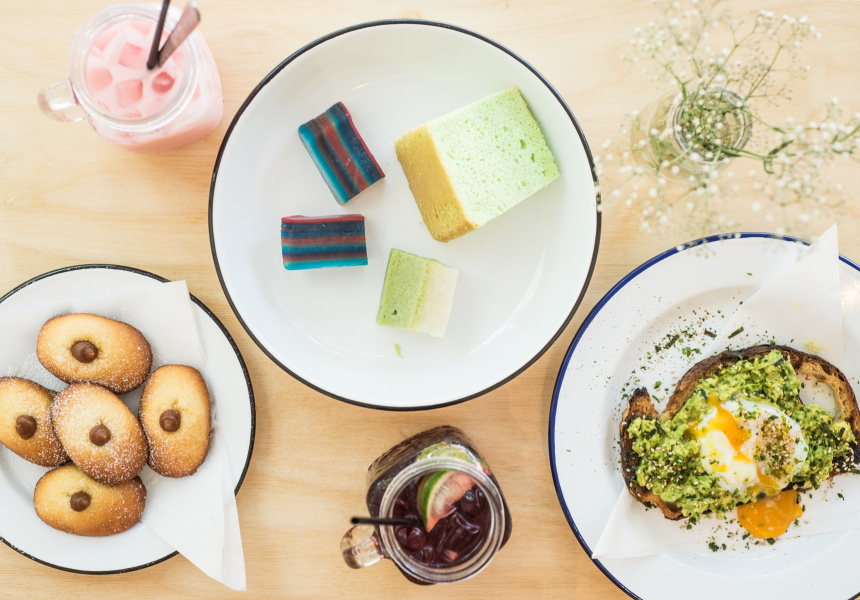 Cafe Rumah on Campbell Street draws on owner Riszal Nawawi’s Malaysian heritage. The two-room space has simple white brick walls, light-wood finishes and concrete floors. It includes a fashion store on the second floor, called 15 Sheets. Nawawi and his brother-in-law imported the idea from their store in Kuala Lumpur. It stocks Pointer Footwear, Descendant of Thieves and Weekend Offender along with other premium labels.

The food is based on local Malaysian flavours, and some of the recipes are family ones. The recipe for the thick, sweet coconut spread comes from Nawawi’s wife, Sook Yoon Yang, and it’s been handed down from her grandma. They use it in the kopitiam breakfast (buttery kaya toast with two soft onsen eggs), and the filling in baked-to-order madeleines.

Coffee is by Cabrito Coffee, teas by T Totaler (including coconut-lemon splice) and there are three cold-pressed juices. But the sodas are the most fun, with a choice of blackcurrant and lime; yuzu and mint; or the pink and pretty rose and milk.

Cafe Rumah is still selling its outstanding sweets online for pickup in Chatswood.