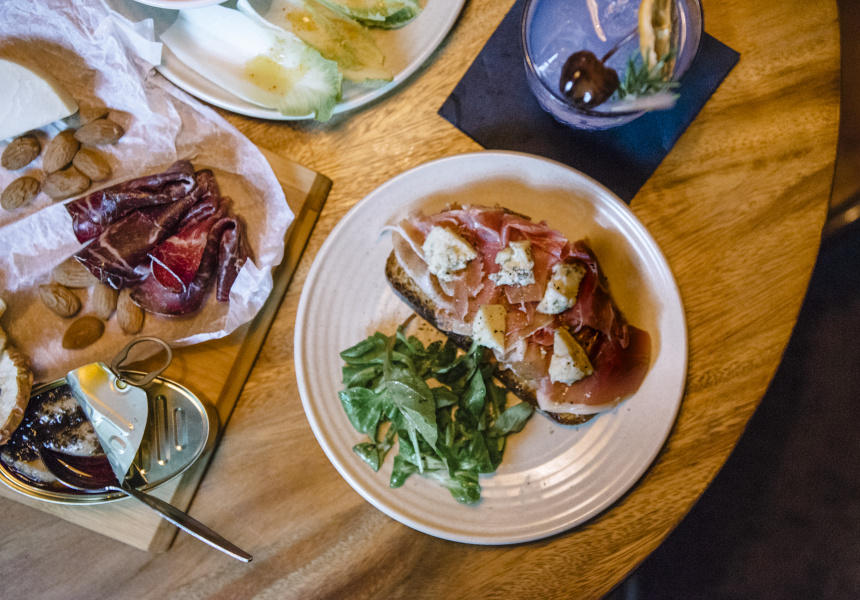 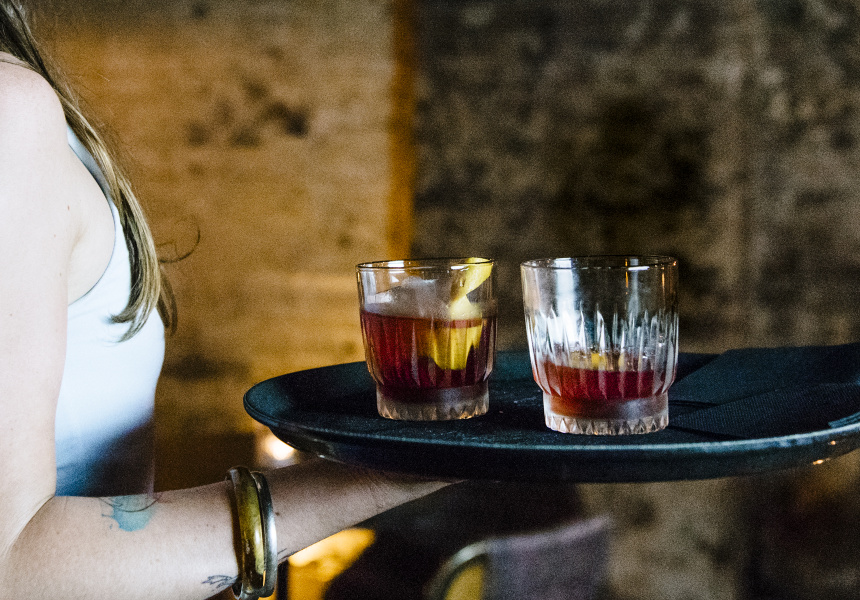 In mid-2017 Christophe Lehoux sold his share in the Pocket Bar Group (Button, Stitch and one of Sydney’s original small bars, Pocket Bar) to go out on his own. He’s a hobbyist milliner and thought it might be good to combine a bar with hat-making.

After nearly a decade running Pocket, one of Sydney’s original small bars, Lehoux is enjoying Soultrap’s curious departure from the norm.

Drinks focus on bitter amaros and a range of mistelles, a French category of spirit that’s sweet, like an aperitive wine.

Take Floc de Gascogne, which is made in France’s south-west from calvados blended with apple juice, then barrel aged for a few years. Lehoux serves it with cognac and orange-based bitters or as part of the Japanese-style Soultrap Highball with whisky, apple shrub and ginger beer.

Soultrap is a moody, underground space with each table lit by an industrial pendant lamp. Walls are distressed brick and one side of the room features pressed-wood box shelves in which Lehoux’s hats are displayed.

The bar plays exclusively soul, funk and old school hip-hop, moving from the ’60s to the early ’90s, and once a fortnight there’s live music.