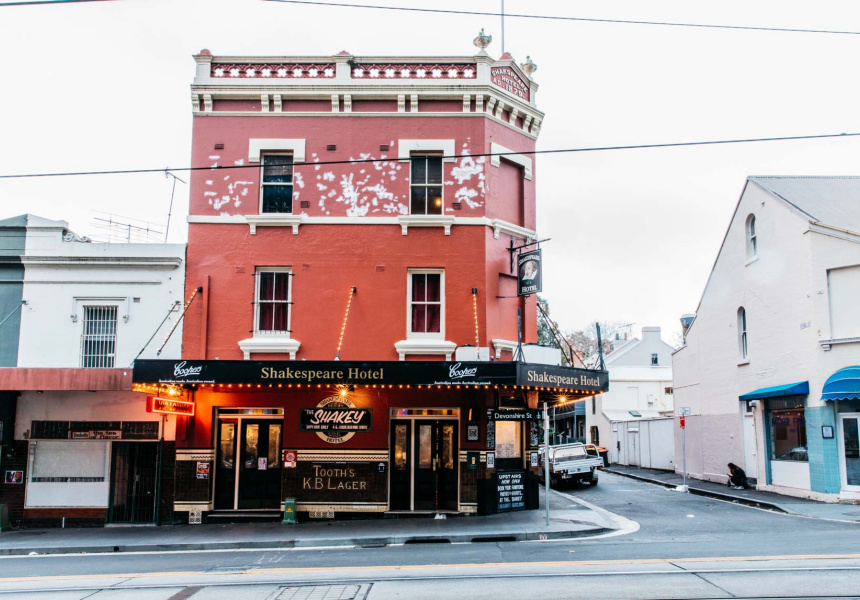 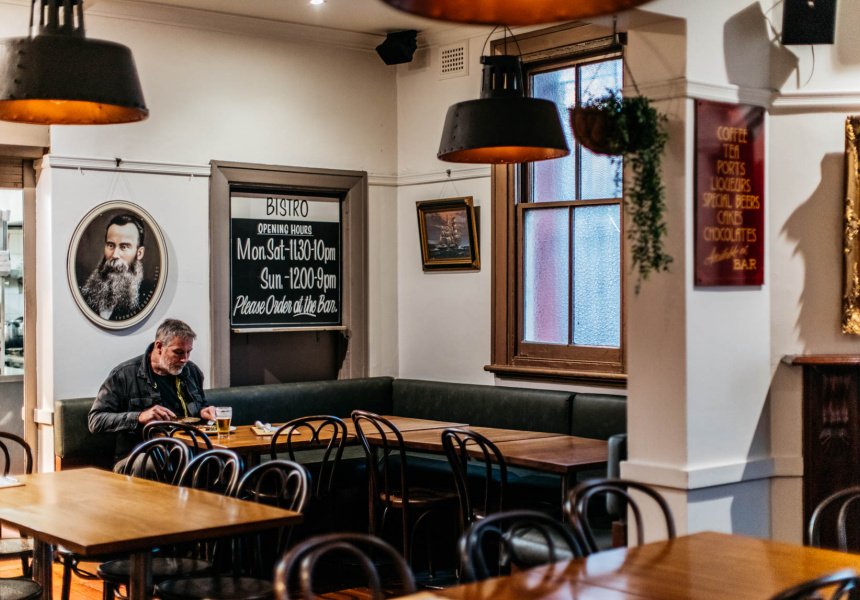 Established in 1879, The Shakespeare Hotel has always had a legion of adoring locals. And you can’t blame them. The value here is undeniable, the decor is heavy with old-world charm, and you can sip schooners on the footpath outside. To drink, there’re big-name beers such as Coopers alongside craft options from the likes of the The Grifter Brewing Company. Plus, in winter, there’s Guiness on tap. In the bistro, the kitchen pumps out $20-counter meals and a daily rotation of specials from open to close, so there’s grub available at all hours. The downstairs dining room fills up easily, but two more spaces with stately banquet tables and a second bar can be found upstairs (the whole level was revamped in 2018).

Upstairs, gold trim adorns the windowsills, and tapestries and picture frames hang against ornamental wallpaper. Coupled with the azure-blue tiling and a smattering of pub ephemera in the bar downstairs, the “Shakey”, as it’s lovingly called by its devotees, makes a case for being one of Surry Hills’ best-looking pubs.

It was also one of the worst-affected venues during the construction of the Surry Hills light rail. Now complete, a silver lining has emerged – construction noise and the hike up Devonshire Street are things of the past. The metro stops a few metres from the Shakey’s front door.