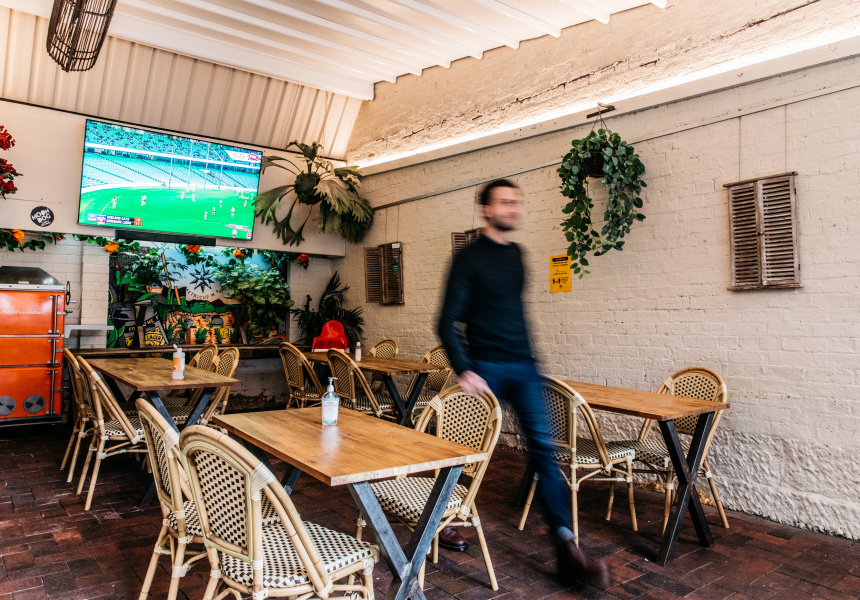 The Royal Albert might be one of Surry Hills’ smaller pubs, but it’s doing craft beer in a big way.

Its selection is unrivalled in the area, with 12 rotating taps and 70 can varieties on offer – there’s even a hand pump for ales, which is a preferred delivery method for maltier beer styles. Four more taps pour ciders and hard seltzer, plus there’s a few pét nats floating around the fridge for non-beer drinkers, and a raft of Australian-made spirits.

But make no mistake, The Alby’s modus operandi is hops, malt, water and yeast. It’s so entrenched in the craft beer scene that it’s collaborated with Western Australian brewery Beerfarm on a house beer. The result is a hazy, tropical IPA which tastes like boozy breakfast juice.

It’s fitting that the restaurant is known for doing justice to every one of beer’s oldest culinary allies. The burgers, pies and pasties use specialty cuts from Rozelle artisanal butcher Mr Bailie. There’re also hotdogs and curries, plus salty snacks to match with a refreshing lager or two.

The main bar is all dark wood and stained glass, which flows into a lounge area with similar stylings. The beer garden has a retractable canopy for when the weather is sour, but when it’s sweet you can sit at tables along the Reservoir Street footpath.