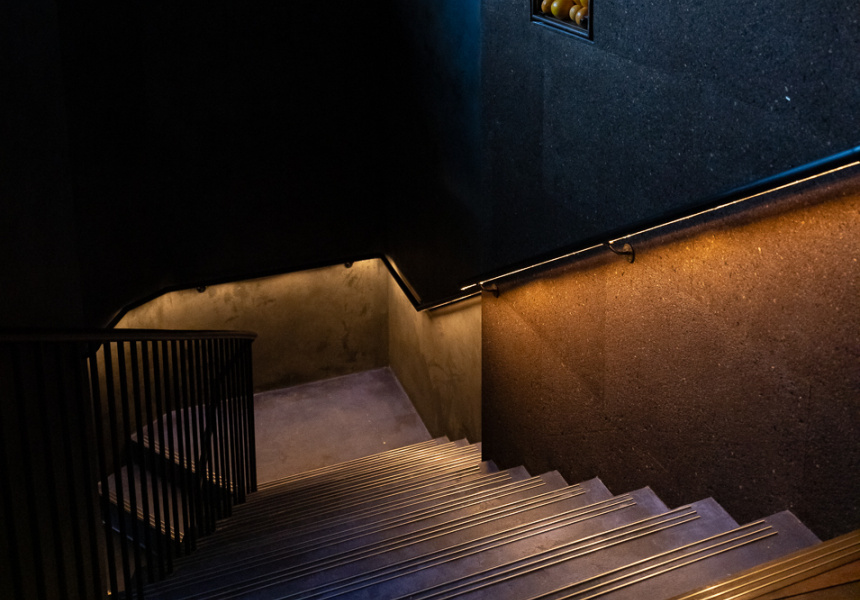 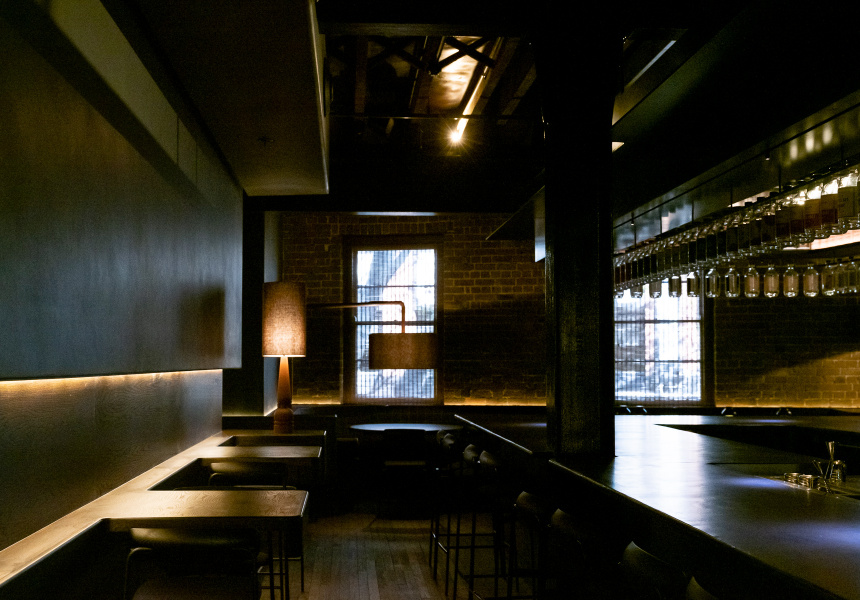 The Laboratory is Four Pillars’ long-awaited entry into Sydney’s vibrant gin scene. A Disneyland of gin, this Crown Street hub features a retail shop for the award-winning Yarra Valley-based distillery, as well as a cocktail bar called Eileen’s and the Four Pillars Drinks Lab, where you can take masterclasses and a modest distilling operation produces small-batch gins for exclusive use within the bar.

The Crown Street-fronting shop sells small-batch gin varieties created just for Sydney, as well as chocolates and soaps infused with the same botanicals found in the signature Rare Dry gin, and marmalade made from the spent oranges used in the distilling process.

Ascend the stairs and you’ll be greeted by Eileen.

The Sydney-exclusive gins are for sale in the shop and also figure prominently across the in-house cocktails. The gins coming out of Eileen change with the seasons.

You can drink them at the very stylish first-level Eileen’s Bar, entering via a discrete door on Fitzroy Street. The drinks list is overseen by James Irvine, who previously led the drinks program for the Swillhouse Group (including Shady Pines, The Baxter Inn and Restaurant Hubert), and it’s been created to highlight the versatility of gin and showcase the full Four Pillars range.

Headlining the spritz offering the Big Dill, presented in a tall glass skewered with a long rectangle of hand-cut premium Bare Bones Ice. It combines the Spiced Negroni Gin with dill-flavoured verjuice and a nostalgic take on Kirk’s Creaming Soda (made by fermenting rhubarb stalks in whey), all carbonated to order.

The space, designed by Yasmine Saleh Ghoniem (also behind Edition Coffee Roasters and The Garden at The Lord Dudley), centres on the large, triangular “juniper blue” bar, above which dangle neatly aligned bottles of Four Pillars gins. Featuring a few plush booths, a collection of tables and a row of two-seater benches colloquially known as Tinder Alley, the dimly lit bar is detailed with natural materials, including wooden lamps (shaped to evoke gin stills), exposed brick walls and dark cork cladding.

Bar snacks come courtesy of Matt Wilkinson, the Melbourne-based chef who has served as Four Pillars’ creative director for the past 12 months. Several plates utilise gin and gin by-products. The crisps, for example, are hit with salt and gin vinegar, nuts are dusted in gin salt, and the Yarra Valley caviar that sits atop the creamy taramasalata is washed in gin before being smoked over smouldering pellets made of spent gin botanicals.

On weekends the Laboratory hosts masterclass sessions, booking are available on the website.