Although the breakfast menu at Goodbye Horses has a few familiar dishes – such as Bircher muesli and a bacon-and-egg roll – there’s food that’s left of centre, too. Such as The Succotash, a corn-based hash. And charred sweetcorn cooked with fried potato and braised ham hock, served with a poached egg. The menu is by Chris Bull (Good Luck Pinbone).

For lunch there are banh mi-style rolls such as the coconut sambal pork roll with green papaya, and the OG chicken roll.

Coffee is Single O Yeehah! blend, and besides the usual long blacks and flat whites, the venue focuses on batch brews. For summer there’s a cold batch brew and an iced chai made from Melbourne’s award-winning Prana Chai.

Goodbye Horses shares the block with The Temperance Society and Rio. It has an open space with high ceilings; white-washed brick walls lined with plants; and a subway-tiled coffee counter and kitchen. The tables are natural pressboard made by Bull and Knight, who did the entire fit-out themselves. 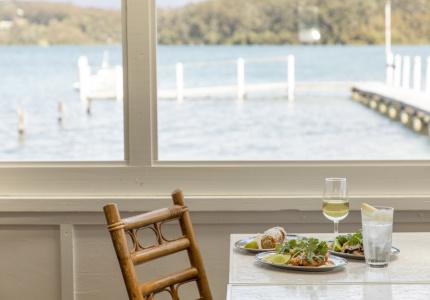