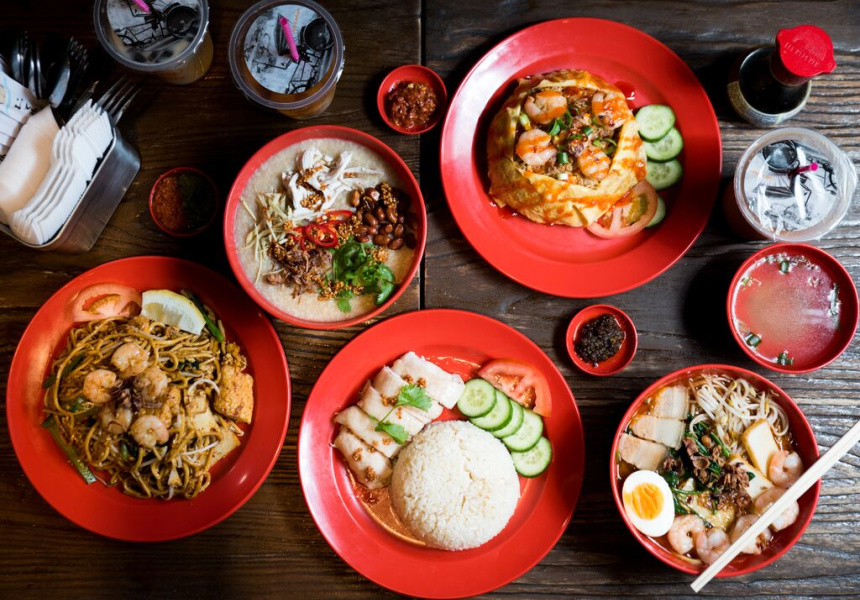 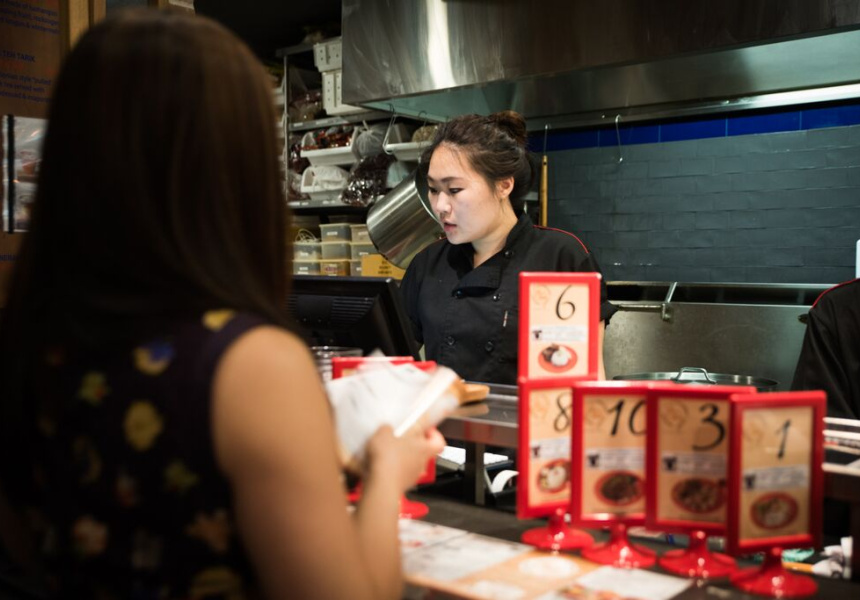 Junda Khoo (from Penang) and his partner William Xie (a Singaporean) are behind this Penang-inspired eatery in Strathfield Plaza. The hall-thin restaurant is modelled on Penang’s hawker stalls and kopitiams (coffee shops). It looks pretty much like a truck-drawn hawker stall has been rammed into the side of Strathfield Plaza, with pictures and trinkets from Penang.

The food is pretty bang northern-Malaysian in style. Khoo learned to cook from his grandma and family. The food is shrimp-y in some places, chicken-y in others and altogether spicy and savoury. Discerning Malaysian food buffs or Penangites will be impressed to see a char kway teow with the holy-trinity of cockles, sweet Chinese sausage and, most importantly, those gooey little cubes of pork fat.

The chickens you see hanging in the window, Chinese-barbeque style, have their leftovers cooked into the Hainanese chicken rice and the congee – it’s what gives them such a strong flavour. For something you won’t readily find in Sydney restaurants, try the Nasi Pattaya, a seafood fried rice mound wrapped in an omelette that comes topped with fried chicken, some crazy succulent satay or sambal prawns. 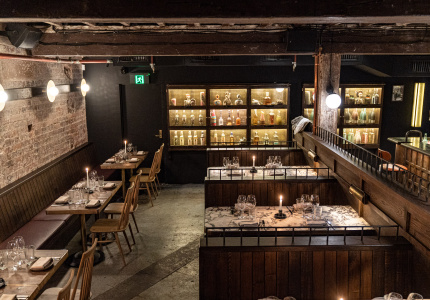