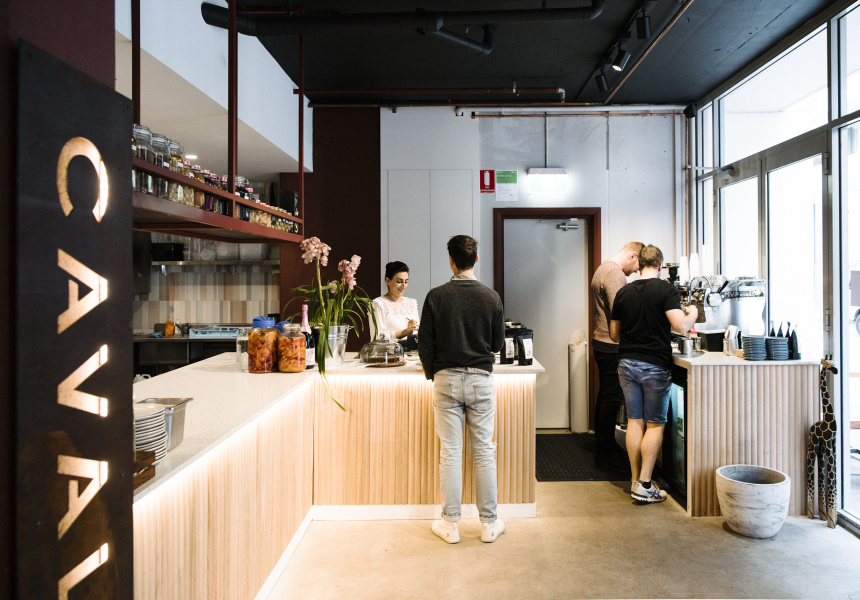 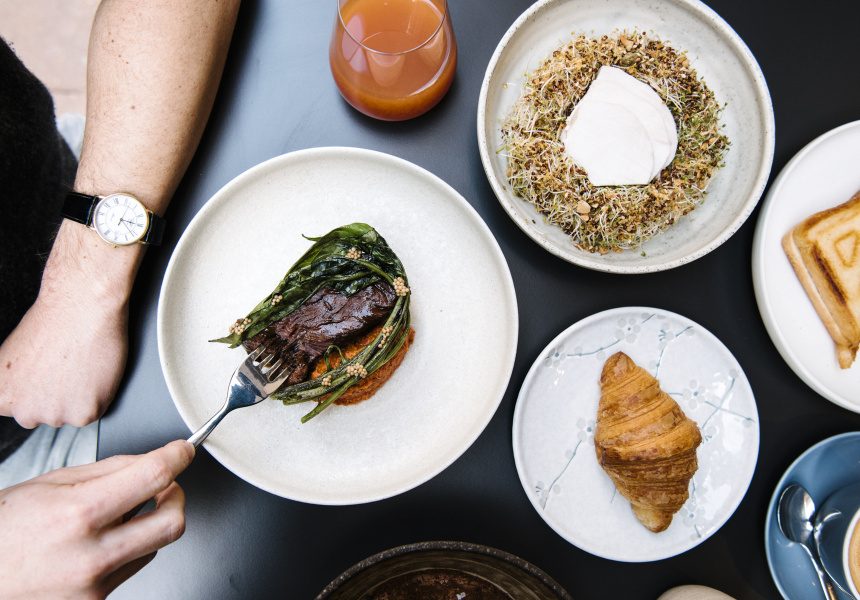 Cavalier Specialty Coffee uses jersey milk in its coffee – the Wagyu beef of the milk world. It makes the best latte possible. Owners Harry Kolotas and Anthony Lofaro approach everything with the same attitude.

Before Cavalier, Kolotas worked in fine dining. He wanted better hours so he quit and worked in speciality coffee shops until he had enough knowledge to do it himself. Cavalier brings both of those worlds into the very small cafe.

The cafe looks like a copper-filled underground bunker that has been transported into a sunny shopfront. The menu consists of three large plates, three small plates and two sandwiches and salads. The large plates are elaborate, beautiful constructions, such as a creamy, eggless, trifle-topped French toast dish that looks like a fairy garden, inspired by an old English-peasant dessert with custard, chopped banana, whipped cream and biscuits.

Another large plate has a perfect dome of caviar-topped salmon skirted by an intricate arrangement of poached eggs, beetroot yoghurt, black-garlic mayonnaise and shards of toasted rye. The small plates include chia pudding; a pumpkin-hummus spread; or a simple ham-and-cheese jaffle.

The coffee comes from Byron Bay roasters Marvel Street Coffee. If you’re getting black there’ll also be a guest coffee from a roaster such as Artificer, Sample or Small Batch. On weekends there’s a roaming coffee nerd whose only role is to pour, and provide lessons in, filter coffee.