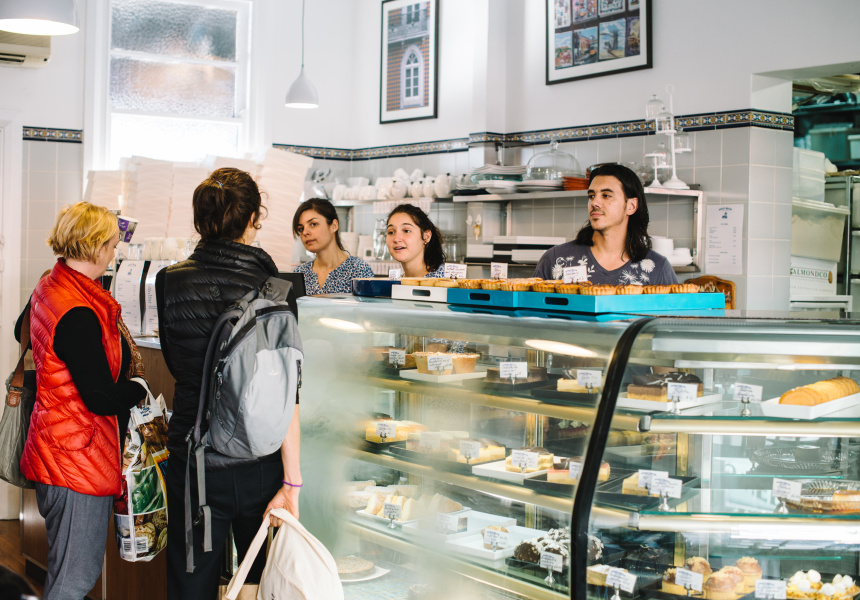 Sweet Belem’s Portuguese tarts are some of the best in Sydney. Once you bite into the flaky outer shell to the warm custard inside, you’ll understand why people travel so far to get them.

Owner Jose Silva, a former head chef at Guillaume at Bennelong, worked with founder John De Almeida for a year to learn the ins-and-outs of the business before taking over in 2014.

Jose’s cousin George Silva began learning the art of pastry when he was 14 years old. He relocated from Portugal and now serves as head chef at Sweet Belem.

The bakery sells between 600 and 1000 custard tarts on a weekend day, but there are many other delicious options, such as Portuguese doughnuts filled with a traditional egg custard, called bola de Berlim.

Portuguese brioche croissants are also available, and so is the Portuguese Napkin; a square of sponge cake folded in half with custard inside. Many of the traditional cakes have egg jam in them, which is a very sweet Portuguese custard made of yolk and sugar.

Sweet Belem also bakes its own bread, including a dense cornbread called broa de milho, which goes well with seafood. Päo da agua (grandma’s bread), is crusty on the outside and soft in the middle. It’s popular for breakfast toasted with ham and cheese or chorizo.