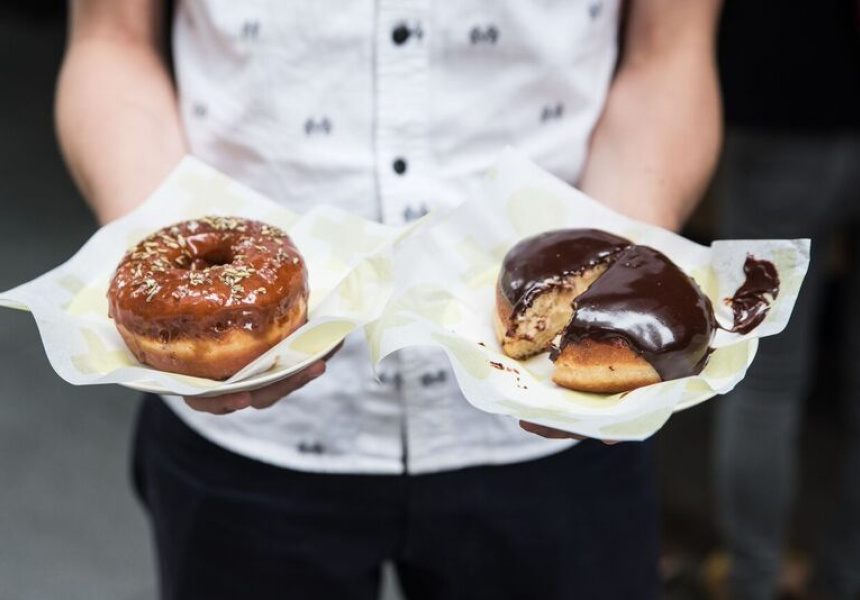 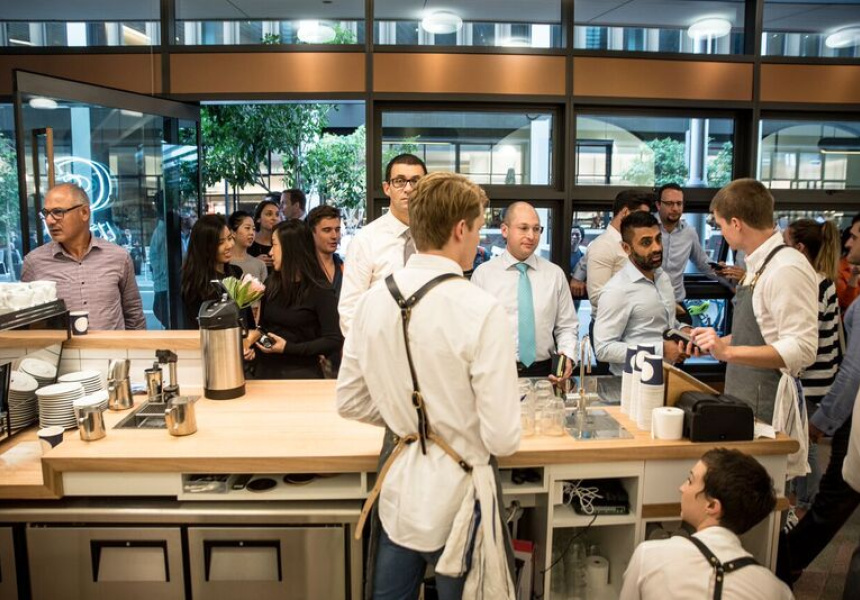 It took less than two years for Shortstop Coffee & Donuts to extend its sticky fingers from Melbourne and secure this site at Barangaroo. Tells you something about the quality of the product, doesn’t it?

Owners Anthony Ivey and Sinye Ooi spent 12 months researching the perfect doughnut prior to opening their first shop in late 2014. For Ivey, that meant visiting six US cities in 16 days (hence why Shortstop uses the American spelling of “donut”) and stacking on six kilos.

The resulting menu offers three different dough recipes, as well as the usual rotating flavours. The classic style is raised with yeast and formed into a ring or a chubby, liquid-filled ball. The less-common “cake doughnut” is made sans yeast, while the French cruller is a choux pastry piped in a circle, then fried.

Everything is made from scratch in an open kitchen, using some of the best ingredients available, such as Pepe Saya butter and flour from Laucke Flour Mills. On a given day expect to find elaborate flavours such as burnt caramel, fennel and sea salt; triple matcha; and an Earl Grey doughnut filled with lemon-myrtle gel and dipped in rose-water icing.

As the Yanks know, there’s no better match for doughnuts than coffee. Shortstop sources its espresso and filter from the excellent Market Lane in Melbourne, where Ivey once worked. Though seating might be scarce in the timber-heavy space by Adele Winteridge at Foolscap Studio, don’t fall into the trap of taking away – this is a combo best enjoyed immediately.