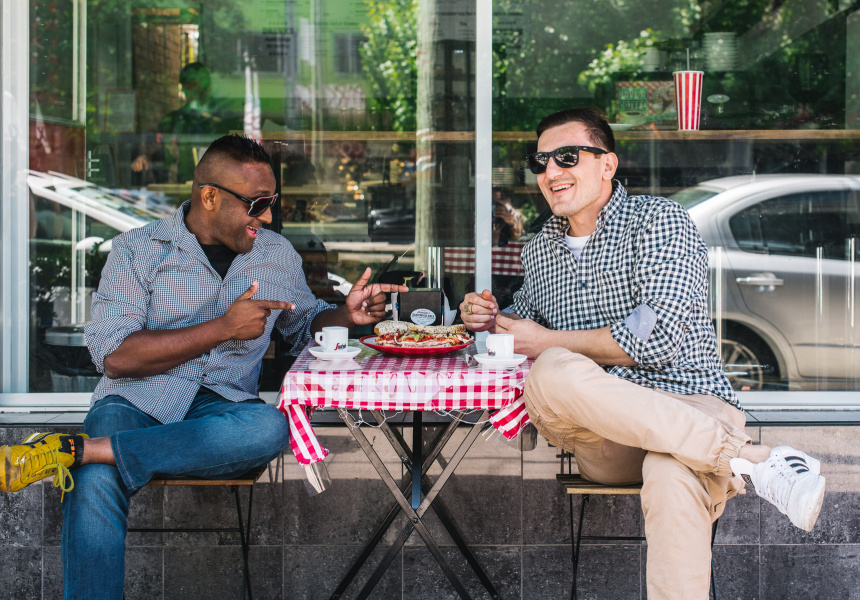 Satriale’s Sandwich Deli serves a massive sandwich. It’s probably 50 per cent meat. There are four layers of meat: sopressa, coppa, ham and prosciutto, and then on top of that there’s provolone, grilled capsicum, lettuce and tomato. It’s so tightly packed and juicy it’s a struggle to keep it all together. At $12 it’s similar to what you’d get in a laneway deli in New Jersey.

The new deli is designed after Satriale’s Pork Store, the fictional sandwich shop from The Sopranos.

The tables have chequered tablecloths, there’s an austere sign with five stars out the front and a glass counter of cured meats with labels with prices on spikes. Sometimes the Sopranos soundtrack is played.

The sandwiches are Italian and American sliced meats, cheeses and either mustard, vinaigrette, pickles or mayo. You can choose your own ingredients or pick from a menu with options such as the New Yorker with pastrami, cheddar, tomato, pickles and mustard; a sopressa and provolone toastie; or even the aforementioned mega sandwich – the Satriale’s hero.

The coffee is old-school Italian. If you’re looking for something more specialised, it’s probably better to try a chinotto or a diner-style milkshake instead.