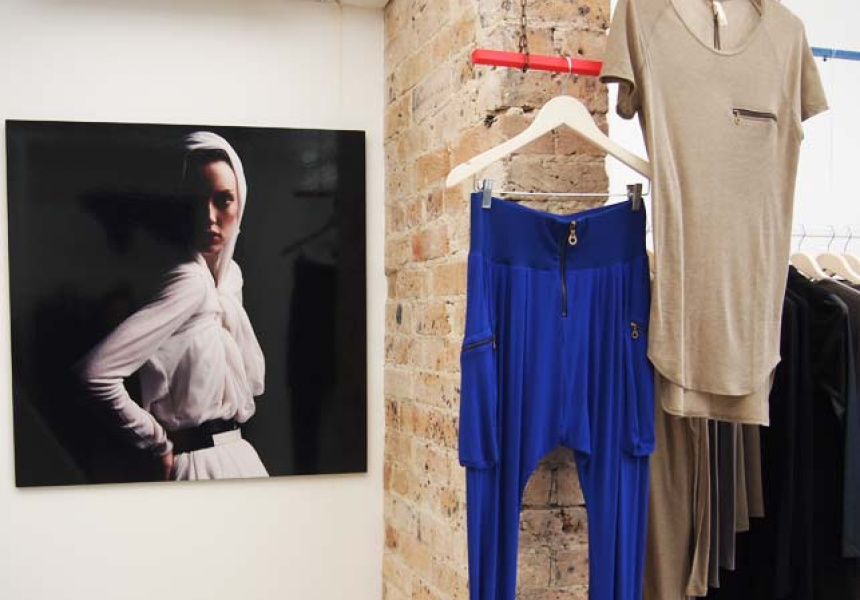 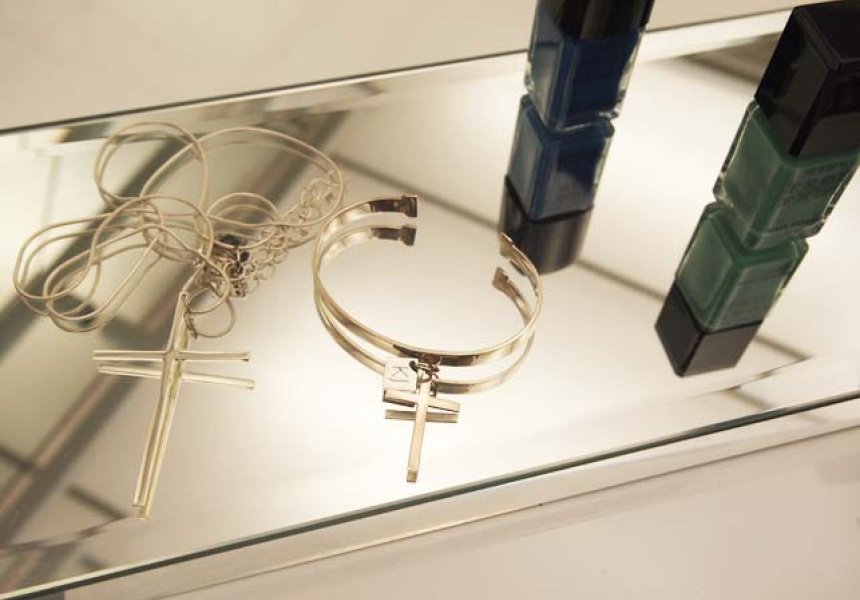 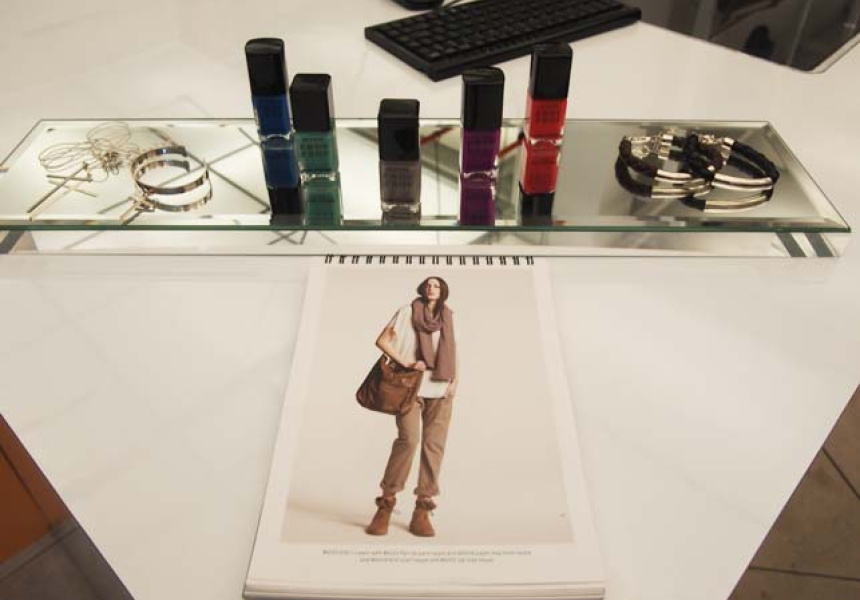 The deliciously slouchy but architecturally designed pieces that adorn the racks of KJ certainly make a noteworthy example it. Walking into the clean, soothing space of the store, it seems legitimately possible that with the help of the garments presented, popping down to the shops for a carton of milk could become a fashionable outing, but not in an inappropriately overdressed Stepford Wife kind of way. To the contrary, every KJ piece looks so dangerously comfortable that it might just require an intervention to persuade its wearer to ever take it off.

The architectural aesthetic of the store is clean, well balanced and crisp without being boring, much like the fuss-free, unisex attire it houses. Angular racks suspended from the ceiling are hung with garments in a predominantly black, white, nude and grey colour palette, punctuated with bursts of royal blue. Accessories-wise, a geometrically patterned floor is dotted with buttery soft lace-up leather boots and stark white counter tops showcase silver and leather jewellery.

An oasis on the busy Oxford Street strip, KJ by Kirrily Johnston gestures towards a style that is both timeless and completely accessible. This is fashion that, unlike most, belongs on the street rather than the catwalk.