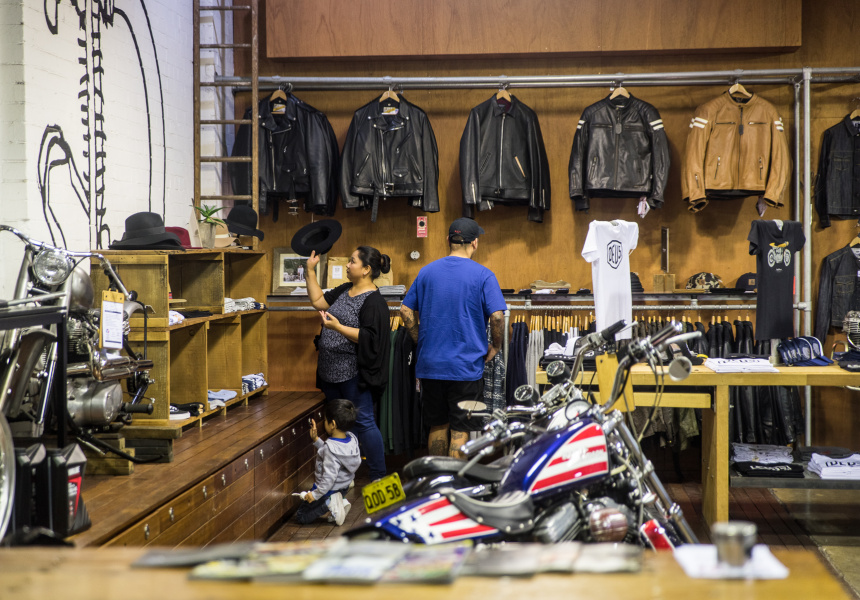 Parramatta Road is a tough spot for retail. Trucks and cars rattle by and foot traffic is non-existent. But if you’re running a custom motorbike shop, the grit and noise are perfect.

Deus Ex Machina has thrived on its noisy Camperdown corner. It’s done so well since founder Dare Jennings opened in 2005, the brand has launched seven flagships around the world, in Tokyo, Bali, Milan, Paris and LA. It also has successful cafes and a burgeoning record label.

Each flagship stamps its local DNA on the Deus brand. In LA and Tokyo it’s motorbikes; in Bali and Sydney, surfing and motorbikes; and in Milan, pushbikes.

Walk into the Camperdown store, and you’ll be greeted by Taco, the resident Chihuahua. The whine of power tools drifts over from the adjoining motorcycle shop.

The retail space (there's a cafe next door) is filled with jeans by Edwin, jackets by Schott and shoes by Jack Purcell, as well as Deus-branded clothing. It’s streetwear with a heavy artistic influence.

That artwork plays a big part of Deus’ designs is unsurprising. Jennings helped create iconic Australian surf company Mambo, a brand whose graphics are unmistakeable. Deus is still involved in Australian surf culture. It sells surfboards and has its own brand of wetsuit tops. Deus also hosts surfboard swap events at Bondi and overseas. 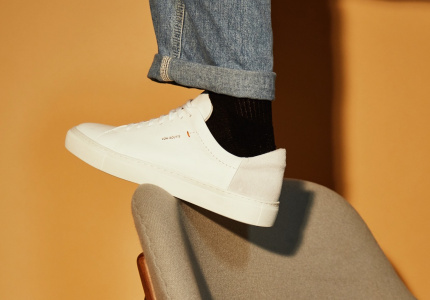