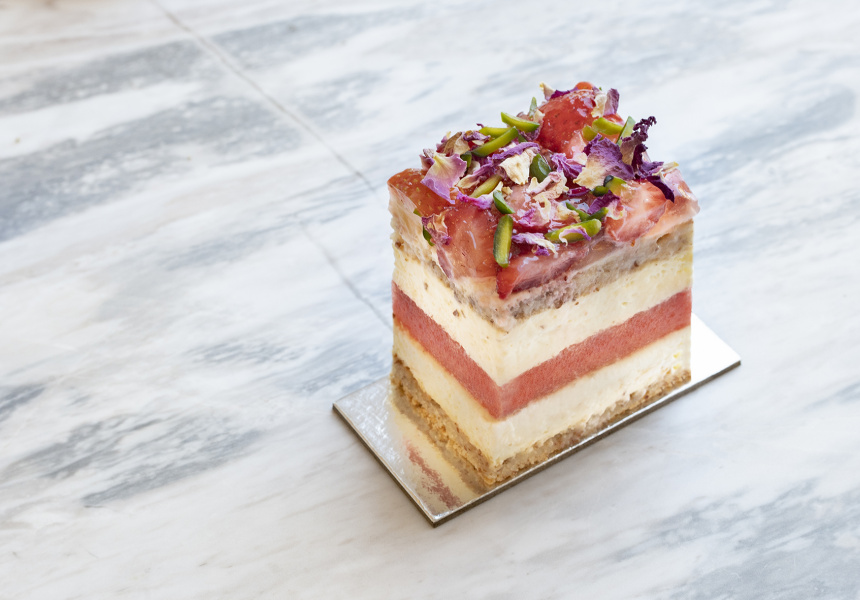 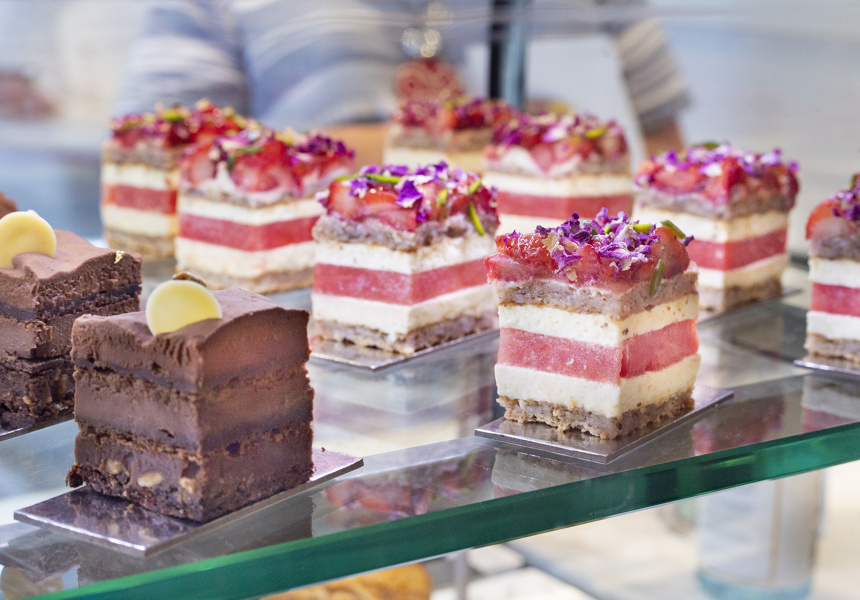 The original space on Australia street was small and creatively upcycled: wooden planks were formed into tables, customers sat on old church pews and the walls were exposed brick. It was popular, but tucked down a backstreet lacking in foot traffic. Not so with the new premises, which is right around the corner on King Street, in the thick of the action.

The new King Street store is more fit-for-purpose. Designed by Studio MKZ (Black Star at The Galeries, Marble), it’s reminiscent of a Parisian patisserie – a tiled marble entry, high ceilings and bright white walls give the space a sense of theatre, and customers can watch the staff finish the cakes at the exposed pastry counter. Eat-in diners can perch at a long marble tabletop next to the bay windows that overlook buzzing King Street. And in a design flourish that pays tribute to the craft of baking, wooden rolling pins frame the counter.

Menu-wise, the new store isn’t reinventing the wheel: the famously aromatic strawberry-watermelon cake (which the New York Times described as “Australia’s most-Instagrammed dessert”) is there, and so is the black-sesame and yuzu cake, an alchemical construction of sesame butter cake, creamy coconut mousse and yuzu (that most delicious and fragrant of Asian citrus fruits). Before ‘that’ cake, BSP was best known for its pies, which it’s also making here (we recommend the lamb shank and red wine number).