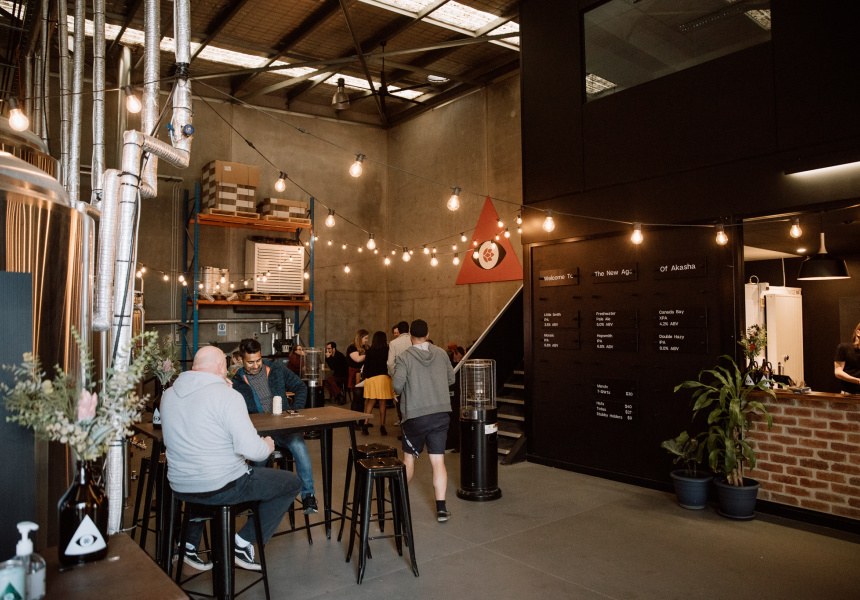 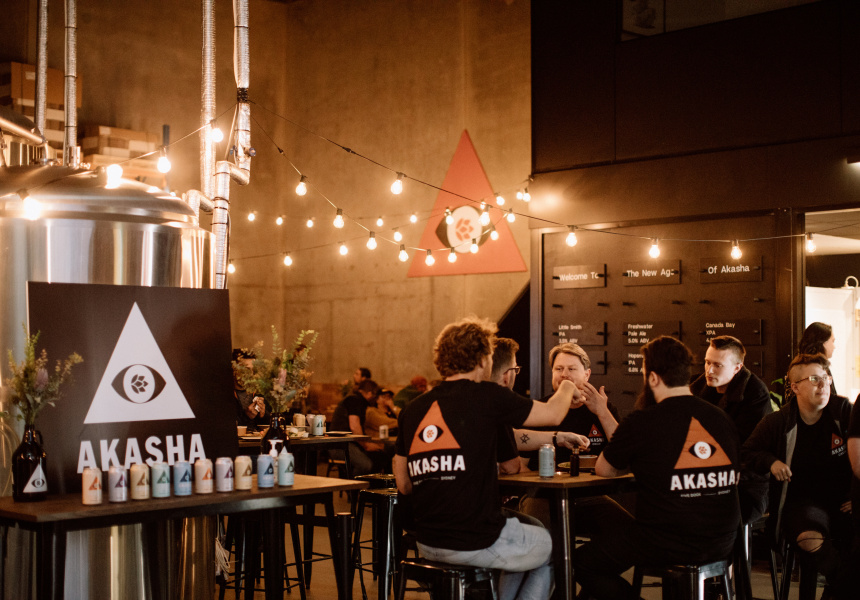 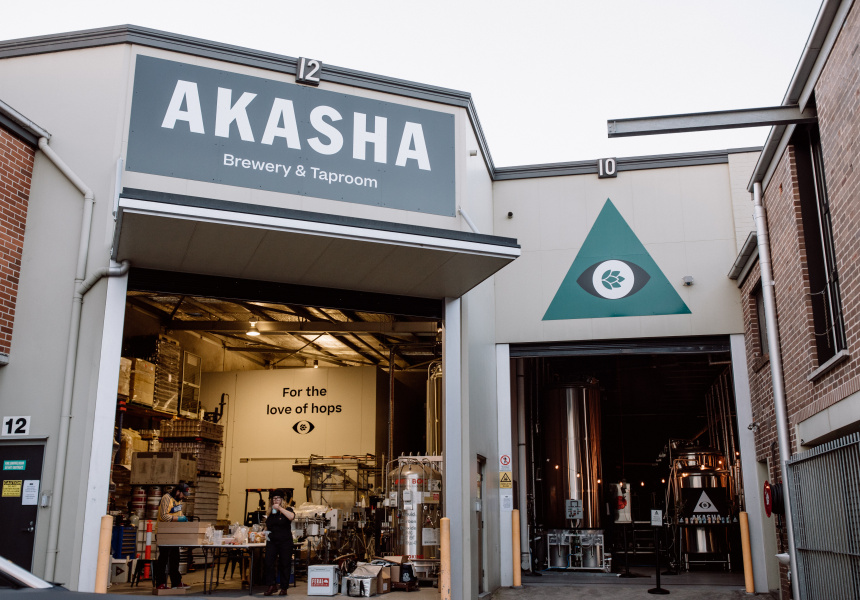 After 20 years in the business world, avid home brewer Dave Padden made craft beer his career in 2012 when he co-founded Parramatta's Riverside Brewing.

Padden sold out a couple of years later, but he wasn't done with brewing. In 2015 he launched Akasha Brewing Company, starting out as a gypsy operation at The Rocks Brewing Company's Alexandria headquarters.

The resulting American-influenced, hop-forward beers were popular enough for Akasha to move into its own home in an old Five Dock warehouse. The site was nothing more than a shell – Padden installed gas and electricity lines, before setting up the brewery and building the taproom.

The festoon-lit taproom attracts locals and beer pilgrims who stop by to sample the latest releases, grab takeaways, or while away an afternoon in the cosy beer garden out back. To eat, a rotating cast of food trucks supply beer-friendly fare such as pizza, fried chicken and southern-style barbeque to match your hoppy elixir.