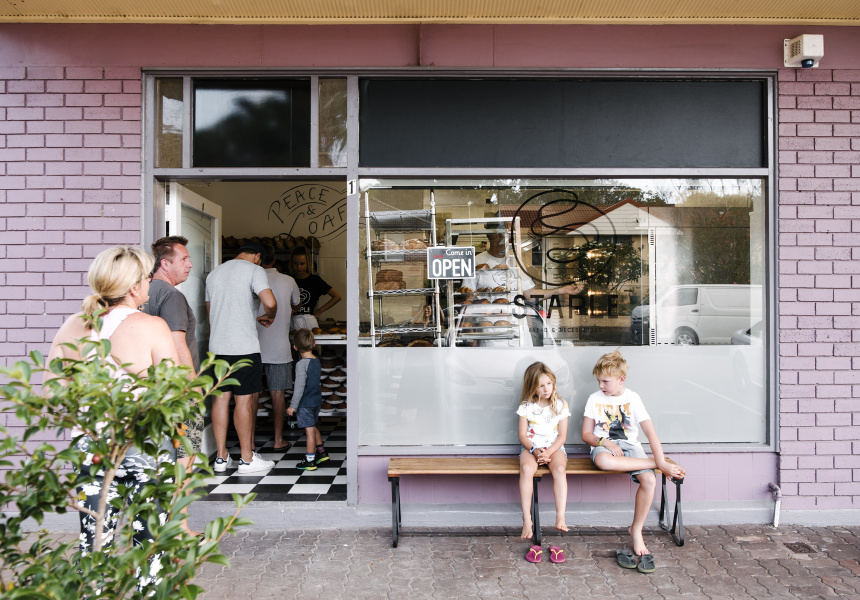 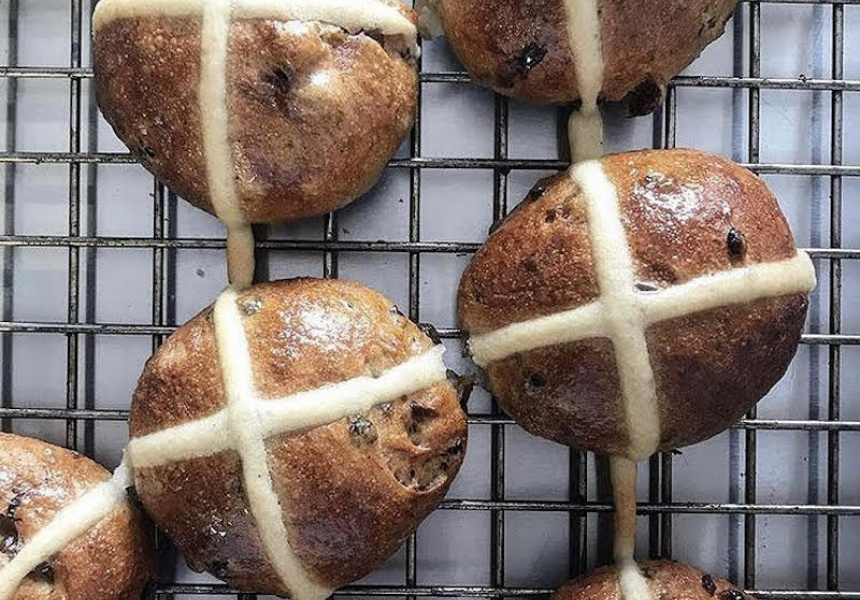 The Staple story started in 2012 when Partington had major heart surgery. He had to take eight to 12 weeks off his job in marketing and because he was told to get his shoulders and chest moving, he started making bread.

He enjoyed it so much he started doing baking courses. He then bought a woodfired oven and ingrained himself in Sydney’s small but incredibly dedicated artisan baking community. Eventually he had to decide: drop the bread making or become a legitimate baker. He went with the latter.

Staple is a tiny, three-day-a-week bakery selling just two things: croissant-style pastries and loaves of bread. There are no cakes, very few seats aside from an outside bench or two, and no coffee, just a counter with some of the best sourdough loaves in Sydney.

Partington’s breads are made with long fermentations, natural yeast (naturally collected, not from a packet) and flour from NSW’s Wholegrain Milling, one of Australia’s few certified stone-ground milling companies.

The regular sourdough loaf (he also occasionally has spelt and rye loaves) has a walnut colour and the taste is earthy and nutty.

The croissants are naturally leavened, too, and are a bit doughier than the traditional French pastries. Staple sells regular croissants, chocolate croissants and sticky “Balgowlah buns” made with croissant off-cuts.