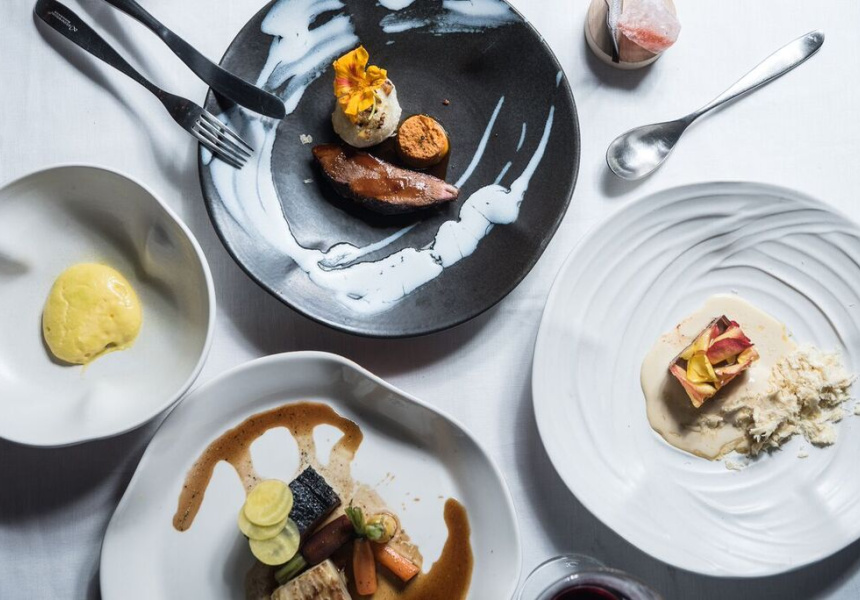 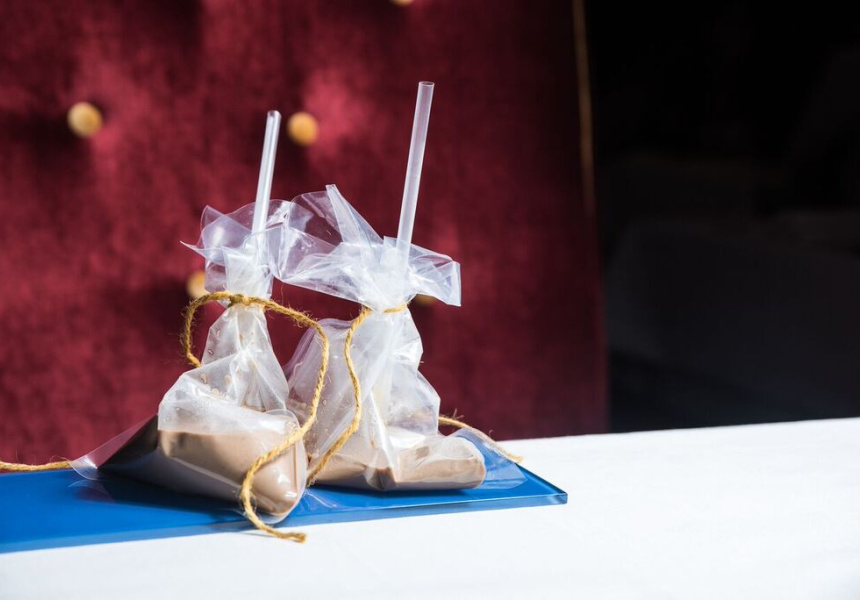 There are eight items on the menu at Pondicherry, some vaguely familiar, others utterly mystifying.

Opel Khan is the owner of this 26-seat restaurant and the Palate Hotel, where it’s housed. He is classically trained in French food (he has worked with Marco Pierre White and the Roux brothers of Michelin-starred restaurant Le Gavroche) but he grew up eating Bengali food. Pondicherry sits somewhere between these two identities. It uses cooking methods and base ingredients from France and flavours and spices from India.

There is a deluxe tuna-salad-style lobster and prawn parfait under a cube of chickpea dhokla (like a dhal patty) and Khan’s rice-flour pappadums. There’s also a slender chunk of duck a l’orange with a butter-chicken-flavoured marshmallow, and a sphere of fuska, a Bengali semolina fritter that here is filled with spiced potatoes and duck confit.

Like Khan’s cuisine, the fit-out of the tiny restaurant clashes visually, but somehow works. Most of the space is dominated by white tablecloths and crystal wines glasses, but there’s flashes of gaudy Indian gold and red velvet. Overall, it feels odd to find a restaurant like this nestled in a pub on the side of a highway in Rydalmere.