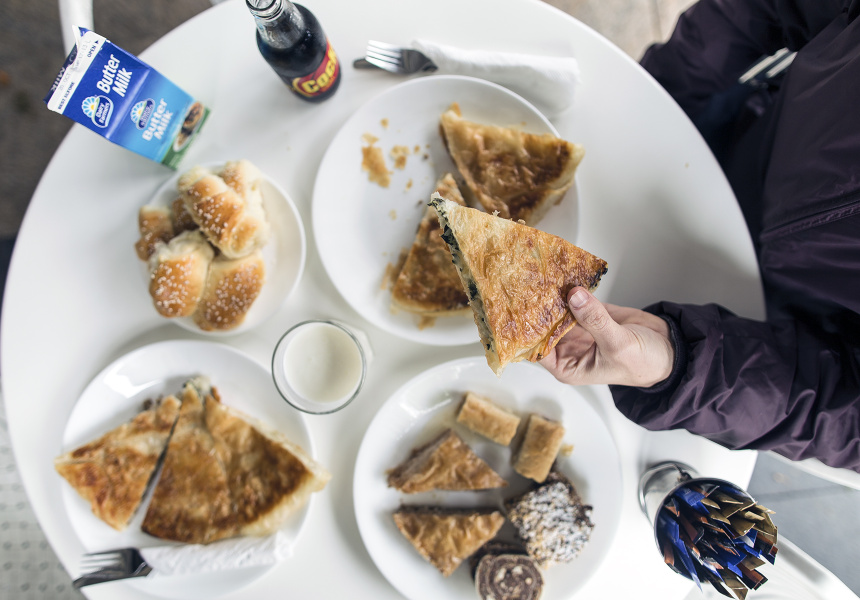 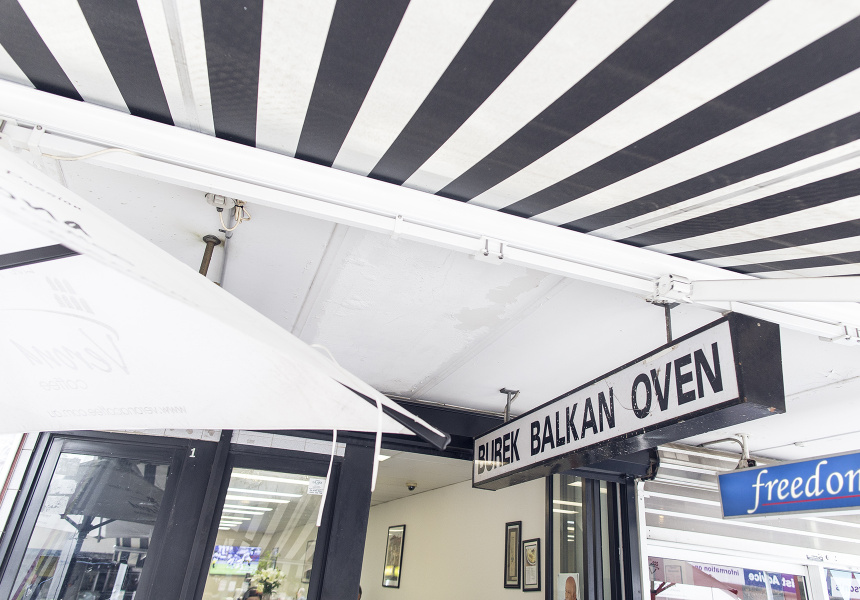 In the back of Balkan Oven there’s a muscular guy with thick-veins running down his tattooed arms. Every day he stands in the same spot flipping, slapping and whirling dough. He’s making burek, a thinly layered, flaky Balkan pastry filled with meat, spinach or cheese. Out the front there’s a group of chatty Macedonians with spindly grey hair and wide hands clasping coffees, cigarettes and glasses of buttermilk.

Oliver Popovski and his brother Goran have been making burek for 10 years. They are crunchy, flaky, soft centred but solid enough to hold like a campfire toasty. For fillings there’s Macedonian spiced beef, a three-cheese combo with Bulgarian and Australian feta with ricotta, or cheese and spinach. Locals say each burek is best enjoyed with a cup of buttermilk (soured milk), a traditional breakfast combination in Macedonia.

All the sweets are made by hand from inherited family recipes by the brothers’ mum, Ljubica. The most popular is the traditional tulumbe, a shiny orange thumb of syrupy fried dough. Most customers eating tulumbe, shortbreads, fig and chocolate wafers or fruit cakes will be drinking traditional coffee. It’s similar to Turkish coffee in thickness and intensity, but less bitter.