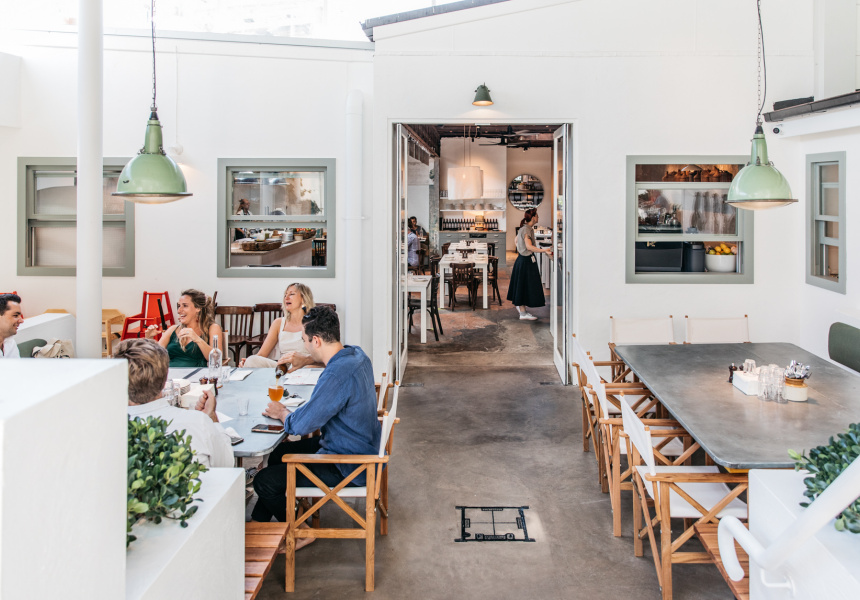 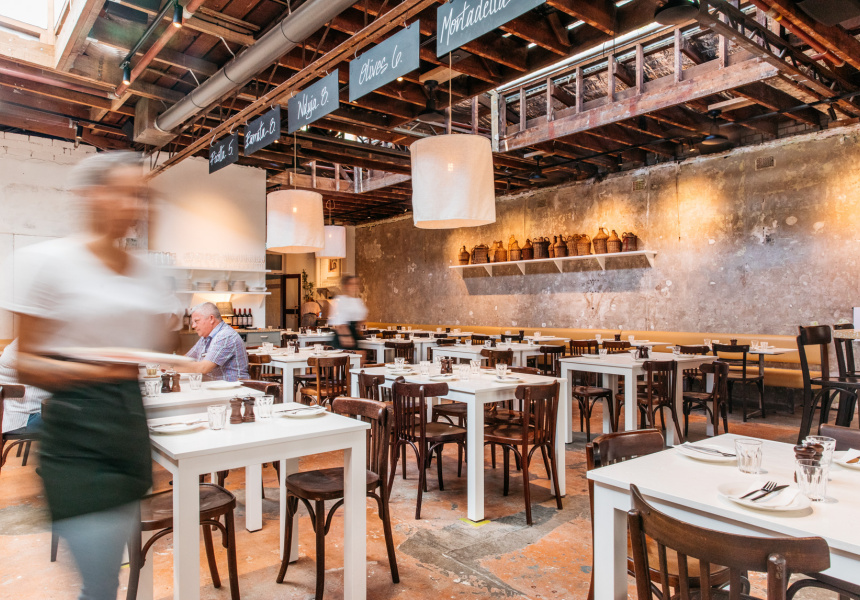 Totti’s – a 185-seat eatery at the back of the circa 1907 no-frills pub The Royal on Bondi Road – has two big-name chefs jammed into one kitchen: Mike Eggert, of Mr Liquor’s Dirty Italian Disco and Pinbone, and Khan Danis, formerly of Rockpool and considered one of the best woodfire chefs in Australia.

The menu here specialises in meats cooked in a Josper charcoal grill, pasta, and desserts including tiramisu and Neapolitan ice-cream sandwiches. The winning pick is the pizza-sized flatbreads, which come to the table steaming hot and served with house-made charcuterie, pickled fish, stracciatella and seasonal fruit.

As in The Royal’s front bar, the wine is natural and minimal intervention. But while the refit of the pub was fairly low-key and true to its 1907 heritage, the restaurant has had more of a makeover.

It has two spaces, one of which is a big courtyard with two big old olive trees. There’s loads of other greenery besides, and an open kitchen. Inside there’s a woodfired bread oven and lots of natural light streaming through sunroofs that run the length of the room. Expect old-school trattoria vibes, Italian-inflected food and good times galore.