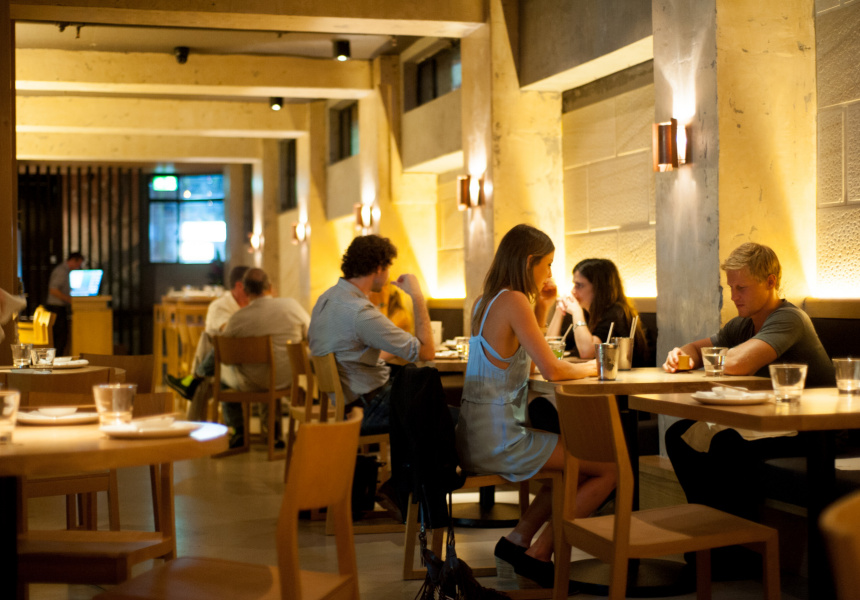 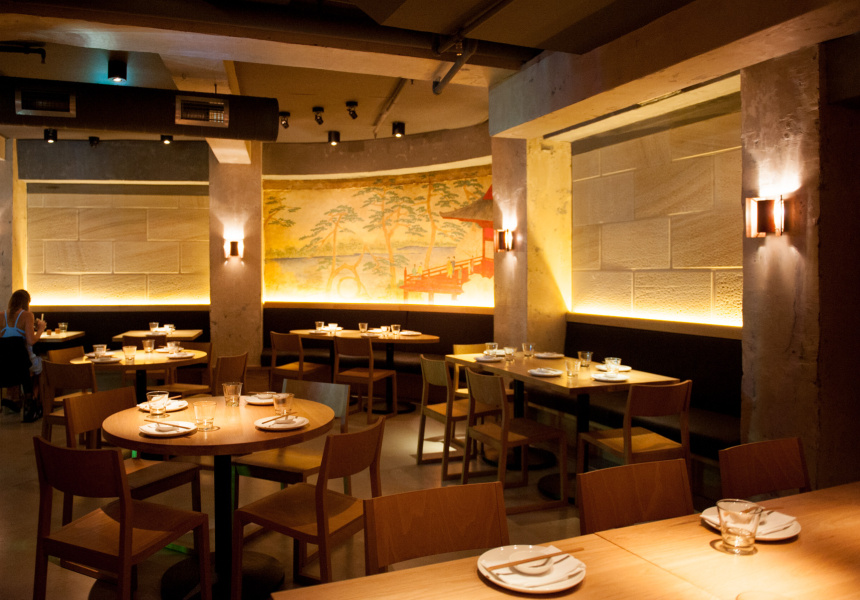 In a traditional Japanese house, the tokonoma is the “alcove” that forms a spiritual focal point of the house, displaying incense or seasonal flowers. Fittingly named, the concrete canvas of the newly opened Tokonoma in the CBD contains few but important elements of traditional beauty. Tokonoma’s custom-made concrete brick stack forms a bar that is lit up from below by spotlights, while selections of Hiroshige’s 100 views of Edo prints hang on the walls.

While the original Toko in Paddington serves a menu that can be enjoyed year round, Tokonoma Sydney is dynamic. You might come in a year later and only see 20 per cent of the menu that’s the same.

A bowl of warm edamame with smoked lime salt is perfect with a beer, as is an oyster doused in tangy, salty tosazu vinegar. Venison carpaccio is served with nashi pear, potato air bags and a citric hit of yuzu kosh. Honey bug nigiri with foie gras and soy jelly gives a Franco-Australian flavour to an already impressive and diverse menu. Co-owner Paul Birtwistle’s personal favourite is cold soba with king crab and tobiko fish roe. The cocktail menu boasts an oriental twist on tradition, including an ume boshi manhattan and natsu mai tai.