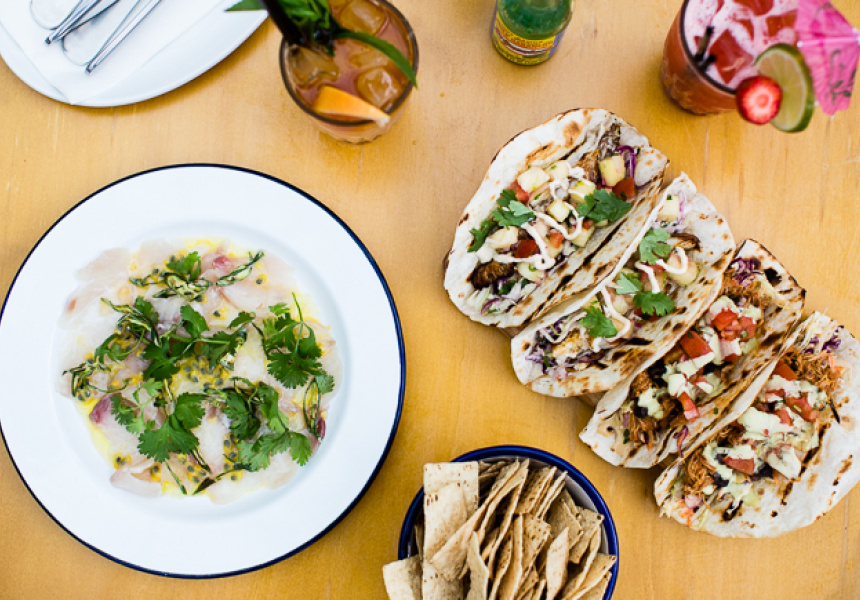 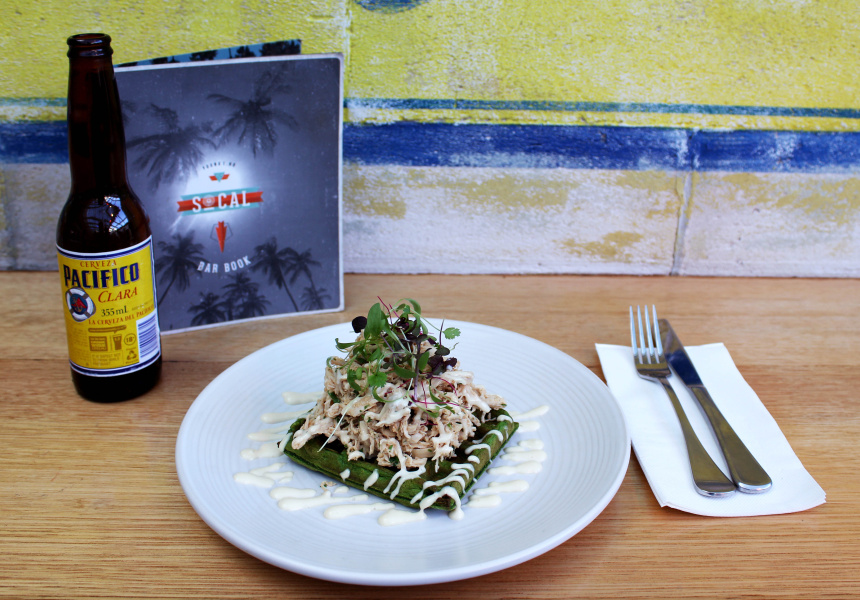 An ode to sun, sand and surf in the heart of Neutral Bay brought to you by the team behind Bopp and Tone and The Botanist.

Ben Carroll and Hamish Watts – co-owners of Applejack Hospitality – were inspired to set up SoCal by a surf trip to California.

Airy, sun-drenched and incredibly upbeat – like that feeling after spending a whole day at the beach – SoCal (an acronym for Southern California) is enchantingly casual.

It’s this sense of relaxation that give SoCal its unique atmosphere. Design firm Luchetti Krelle – of Momofuku Seiobo and Ananas fame – is responsible for the fit-out, featuring bright colours, pale wood and a plethora of fresh greenery. The outdoor terrace is strung with coloured lights and evokes the beach bars of San Diego.