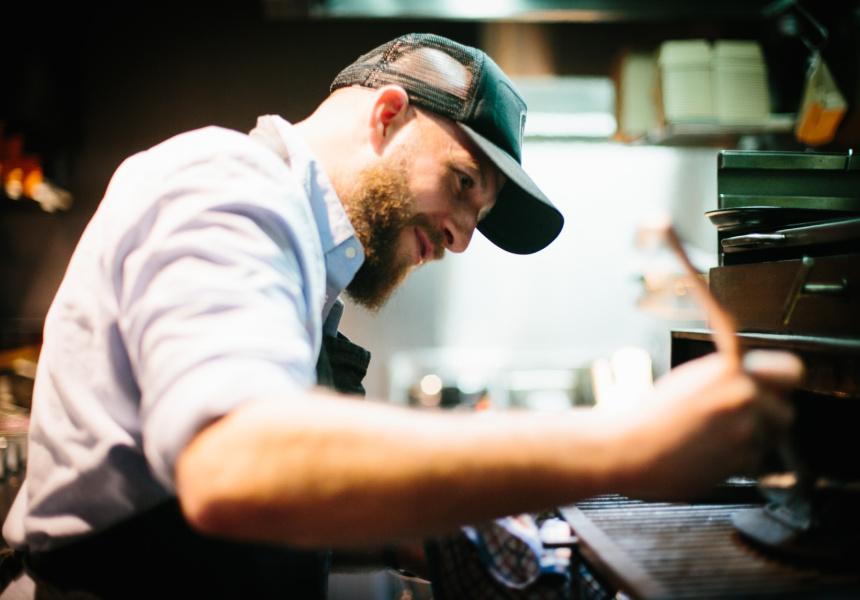 Salmon and Bear arrived in 2015, aiming to find the middle ground between old takeaway fish shops and high-end seafood restaurants. The first restaurant has since been joined by a sister in Newtown.

At both outlets, the fish is cooked in a Mibrasa charcoal oven from Spain, which gives it a smoky campfire flavour. These ovens are generally only seen in Michelin-starred restaurants and they rely on well-seasoned fish working with the flame and the woodchips.

Ora King salmon is the go-to fish on the menu, sustainably sourced from New Zealand’s South Island. But you can also select from sustainable barramundi, Spanish mackerel, snapper and tuna.

For those hankering for the old-school fish’n’chip experience, there’s one battered hoki on the menu. The rest of the fish come out of the charcoal oven with sauces on the side and a tidy selection of simple salads and chips – including fat and crispy sweet potato with spiced mayonnaise.

The menu also includes poké: a Hawaiian-style sushi salad that originated as a snack eaten by fishermen after a day at sea and is now a food trend in LA. It’s brilliant with a cold one from Willie the Boatman or Rocks Brewing Co..