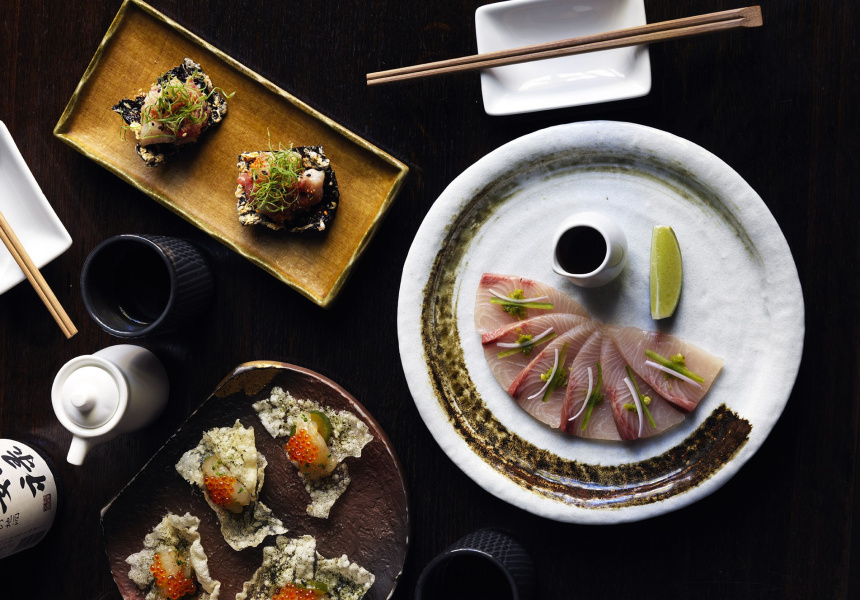 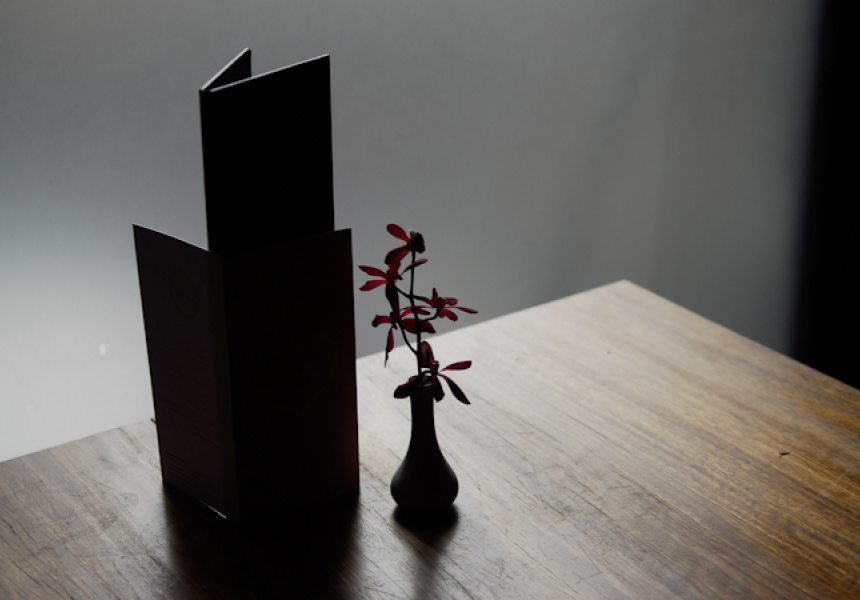 In The Rocks’ Argyle Precinct, alongside Munich Brauhaus and The Argyle, Sake Restaurant and Bar serves up the fresh flavours of Japanese cuisine, as part of the Rockpool Dining Group.

Neil Perry has worked with head chef Richard Slarp to redesign the menu, inspired by his love affair with Tokyo. The menu balances washoku (traditional Japanese cuisine) with modern elements. Gone are the days of Nobu-inspired dishes, rooted in the ’90s, such as kingfish jalapeno and popcorn shrimp, ushering in dishes including ginger garlic chicken and scampi tartare.

Start with the nori crisps piled high with jewel-like cubes of tuna and kingfish marinated in white soy and mirin. It’s served with a light sesame dressing.

The group’s sommelier, Brazilian-born Gustavo Kroneis, matches traditional Japanese wines and spirits to each dish. There’s more than 40 varieties of sake alongside umeshu, a Japanese liqueur made by steeping ume fruits.

Saké has a range of dining options, from “chef’s selection” banquets to cocktails and sushi at the bar. There’s also a full a la carte menu at a traditional sunken table.