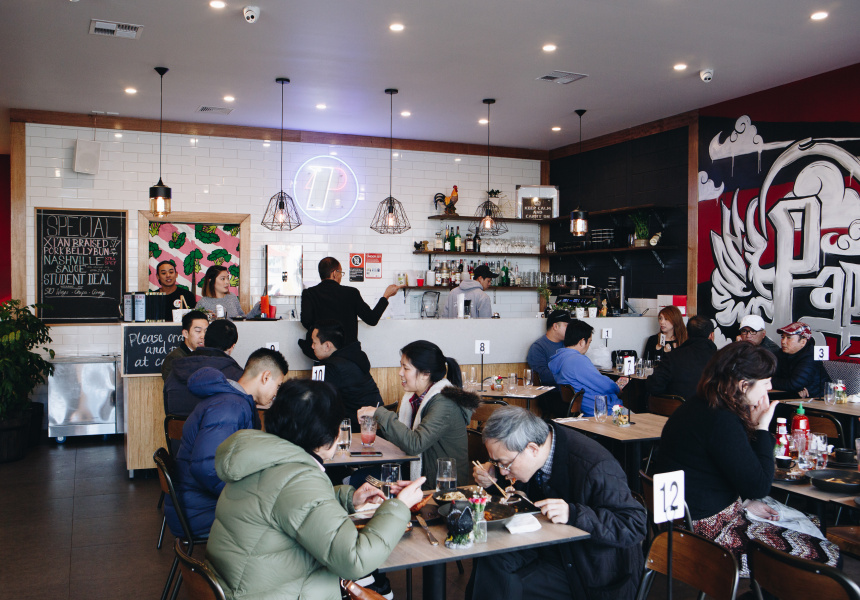 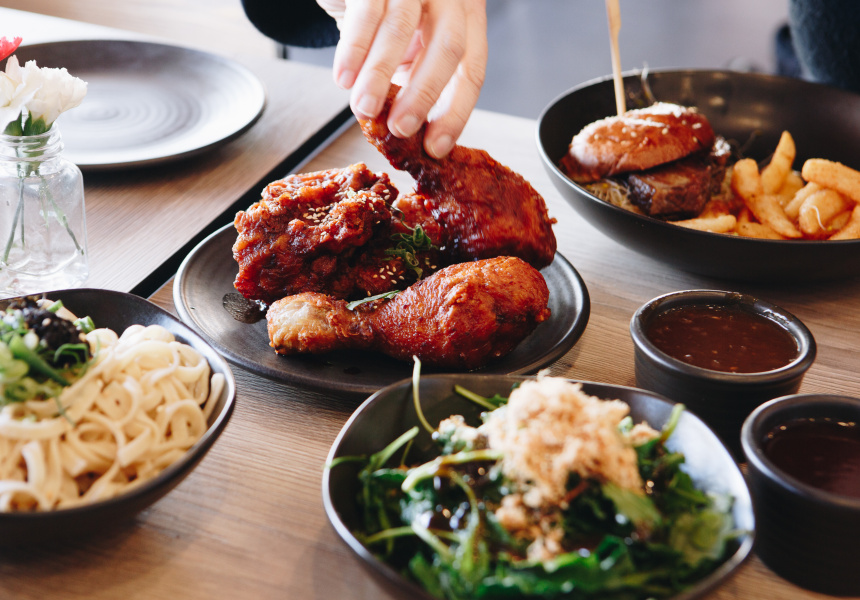 The Do family – young brothers Kelvin, Abel, Mark, Edward, and their dad Thomas –opened Papa Do’s in Cabramatta as part of a wave of restaurateurs bringing a city feel to the west. It’s a burgers-and-chicken kind of joint – graffitied walls, casual vibes, beers on most tables, cocktails on the others, and, occasionally, live music.

The chicken is more Korean than American – spicy, saucy, crunchy batters, and largely avoiding breast pieces. Unlike the dominant trend, the burgers are far from the American cheeseburger template. A fried chicken combo has a pawpaw chutney, coriander, fish sauce and coconut milk, and a beef brisket is simply smoked meat, alfalfa sprouts and barbeque sauce modelled on pho gravy (which also comes poutine-style).

Sometimes the special boards have buffalo wings with stinky tofu ranch dressing (a pretty novel concept), or bao buns with deep fried intestines. It’s fusion food that’s casual enough for it to be recognisable but interesting.