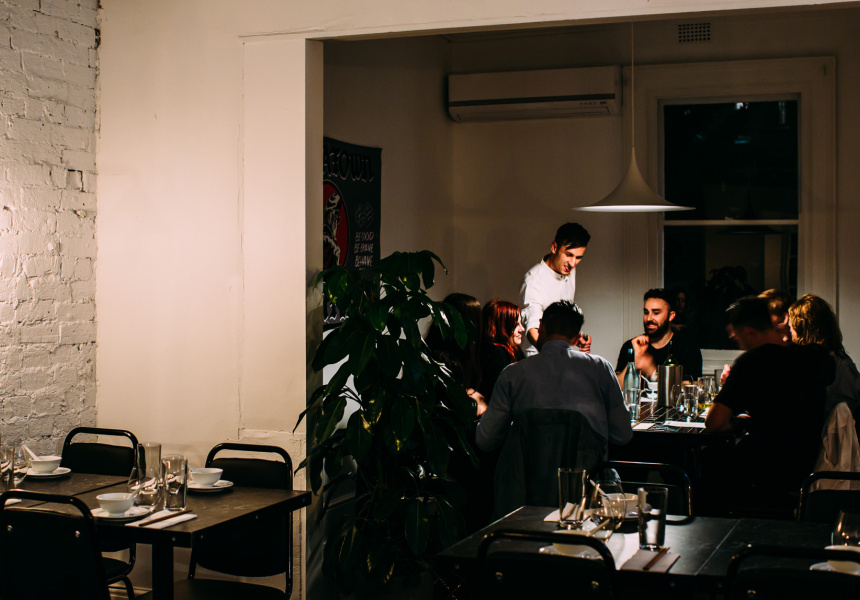 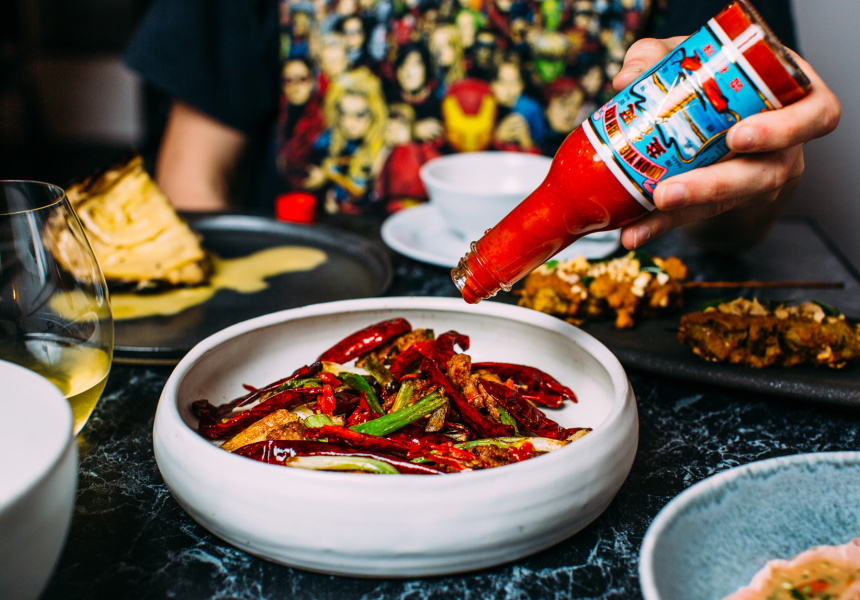 As of August 21, 2016 Master has closed in Surry Hills but has plans to open elsewhere soon.

Master takes its cues from Sydney’s many old-school Chinese takeaway joints, but it’s not authentic, by any stretch. Co-owner and chef John Javier was inspired during his time at Momofuku Seiobo, where the crew liked to eat Chinese after work. His resume also includes stints at Quay and Noma.

For Master, Javier teamed up with Jarred Roker, owner of 212 Blu, to bring fine-dining-level food to a more casual space.

Most of the dishes are simple but playful takes on a central idea or ingredient from Chinese cooking. There’s a cabbage dish where the outer layer is burnt to a thick crust; it’s then roasted with the charred exterior acting as a protective layer to hold moisture and add a smoky flavour to the vegetable’s flesh. When it comes out, it’s smothered in a fish-sauce-and-butter emulsion.

The David Blackmore Wagyu is served sparingly, with a few clumps of burnt pear and onions soaked in an egg yolk sauce. For dessert, there’s a gelatinous plate of milk congee drizzled with a compote-like mix of dragon fruit, rose and custard apple.

The wine list is similarly comfortable with the idea of “less is more”. There’s no more than a dozen bottles listed under ultra-broad headings such as red and white, but they’re sourced from the country’s more progressive producers, such as Travis Tausend and Commune of Buttons. Sundays are BYO-only.

Both food and wine are well matched to the interior by We Are Triibe and the playlist full of ‘90s hip-hop.