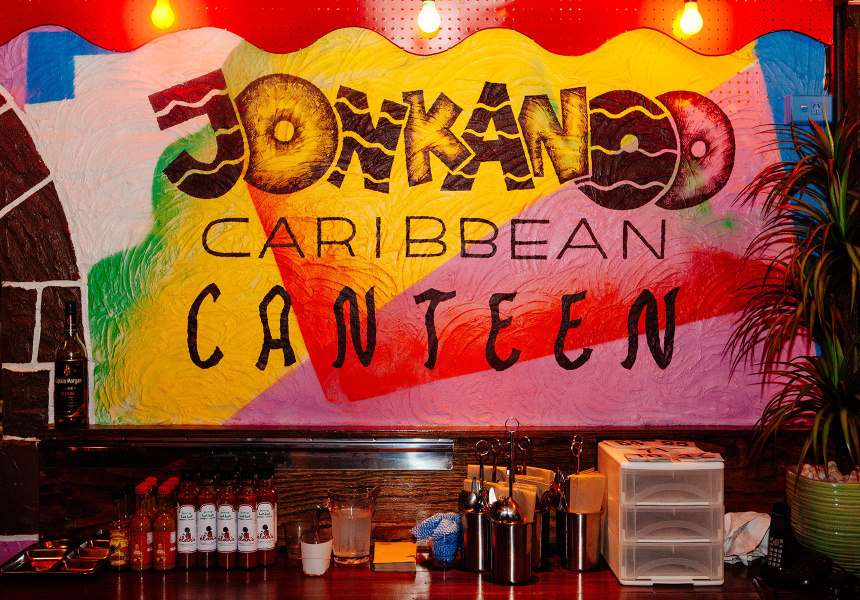 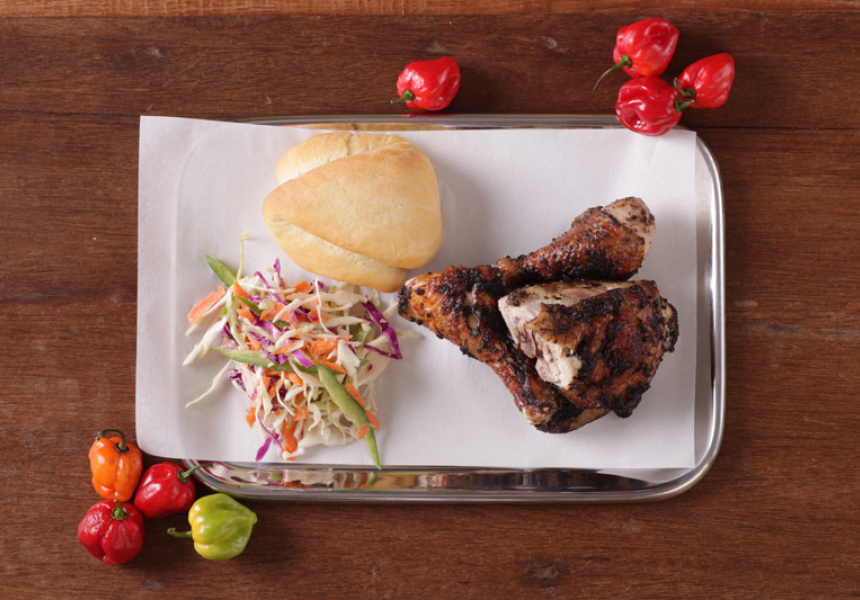 Goodgod Small Club has played host to local and international musicians for years and has always thrown in some comforting late-night snacks to boot. After the loss of The Dip, the large dining shoes are now being filled by a cheery, Caribbean clan.

Named after a New Year’s street festival in the Bahamas, Jonkanoo Caribbean Canteen has taken over the Goodgod Front Bar to bring some family recipes to the late-night club.

World-renowned chef Damion Brown brings his Jamaican-American influence to the table, with years of culinary expertise, a compendium of family favourites, and a 35-country food safari up his sleeve. Mix iconic street tucker with West Indian soul food, and you have the new menu on offer.

Influences from Trinidad, Jamaica and the Bahamas are evident in the beachy reggae music and Uncle Tyrone’s hot sauce (already a staple). A drinks menu riddled with rum mixes and Mezcal cocktails will accompany a selection of curries and salads adding warmth and authenticity to the new haunt.

Don’t go filling up on the peripherals, though. The star attraction is Brown’s famous Jerk dish. It impressed Goodgod’s main man, Jimmy Sing, so much he couldn’t resist having it on board. The options of chicken, pork or squid are smoked and marinated in a way only a Caribbean connoisseur could deliver.