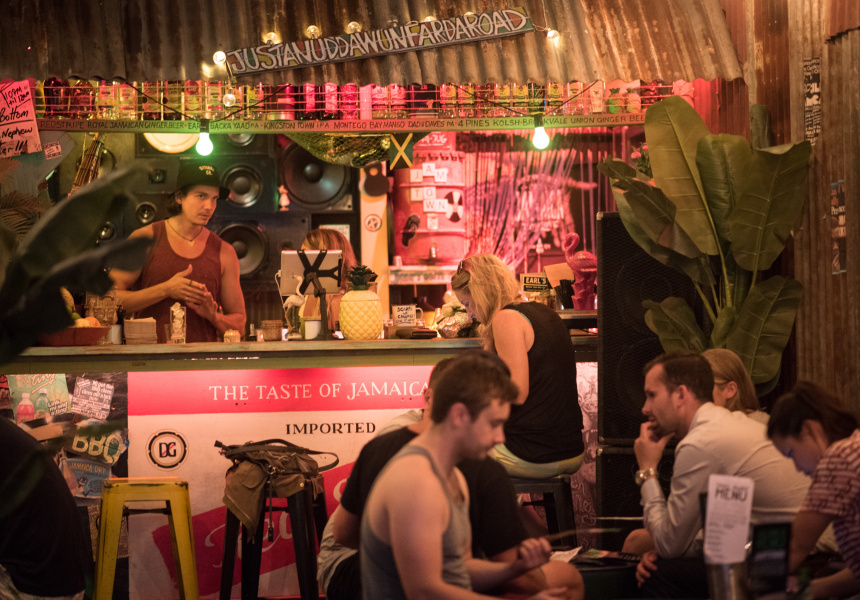 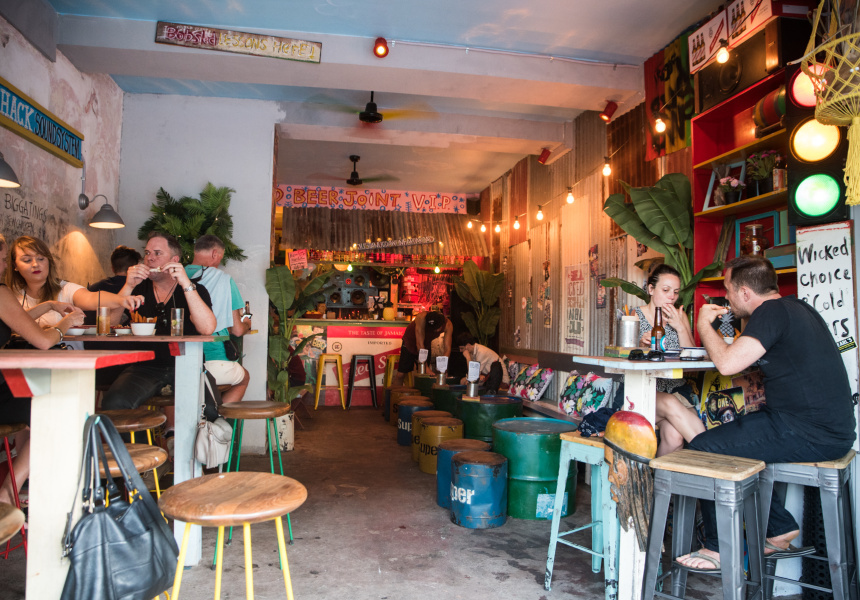 Co-owner Matt Poyntz is a Brit who missed Jamaican food after moving south. Chef Kieran Bailey, who is half-Jamaican, joined him in the business.

Poyntz wanted the bar-restaurant to feel like walking into any beachside Jamaican bar. They are shacks, similar to everyday garden sheds, serving rum, beer, coconuts and home cooking. While Poyntz, a builder by trade, constructed most of the venue, Bailey has perfected a repertoire of Jamaican classics.

The jerk rub is a slightly coarse and powerfully savoury Jamaican spice rub. The meat it coats is as smoky, juicy and as soft as you’d expect from an eight-hour smoke and four-hour roast using a banana-puree baste.

Jamtown serves two curries: a lime-washed goat curry, and a coconut-based vegetarian curry with okra, sweet potato and chocos, a pear-shaped gourd with a mild flavour and a fresh, cucumber-like snap. The bar has an impressive range of 25 different Jamaican rums.

Or you can drink Red Stripe, a Jamaican ginger beer or one of the cocktails. Try a Banana Colada: an icy banana-rum mash slopped into a half coconut shell. If you have enough of them you’ll probably end up embroiled in a limbo competition, which being Trinidadian is actually one of the only non-Jamaican things in the bar.