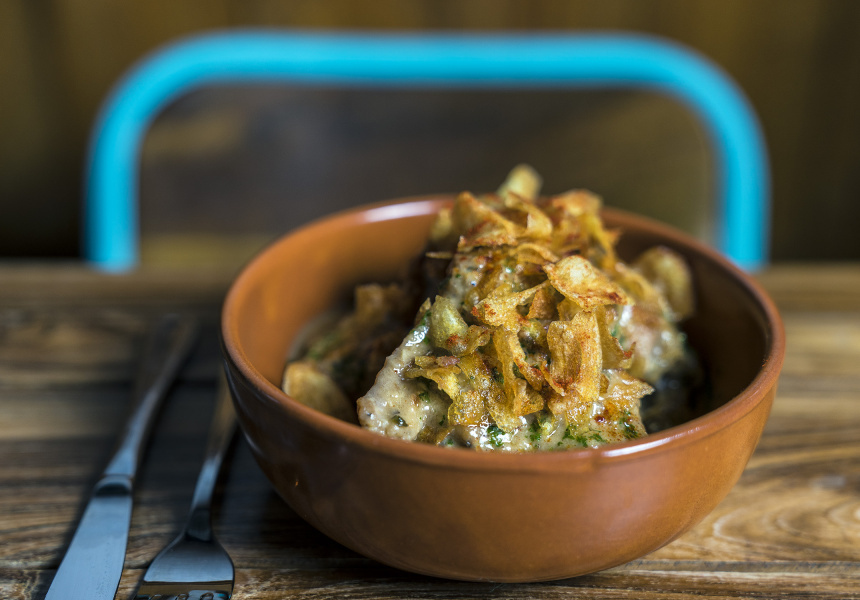 Sydney used to have a Spanish quarter on Liverpool and Pitt streets in the city. There was a club and a good selection of restaurants. It’s almost all gone now but one restaurant, the best of the lot, has lived on. After it opened its bocadillo (a Spanish baguette) deli on Bathurst Street it opened its third venue, a half-deli half-tapas bar in Lane Cove.

It was a long-time plan for co-owner Maria Barona who took over the original Encasa with husband Fransico “Pachi” Rodriguez in 2008.

They have merged the two pre-existing Encasa concepts into one. The deli, serving bocadillos, cured meat, canned fish and coffee, is the red-tiled façade of the restaurant. Behind it there’s a thin alley of wooden tables, share plates topped with what Rodriguez calls “mama cooking”, and, right at the back, the restaurant’s very own Spanish wine bar. Here it’s strictly what you’d find in a Spanish home or a neighbourhood tapas bar.

Some of the new tapas dishes include pork and beef meatballs swimming in Rodriguez’s mum’s tomato sauce; lightly battered calamari with a rich squid-ink aioli; beef cheeks soft enough to warrant the use of a spoon; and bravas, fried potato smothered in aioli and spicy salsa. All of the imported jamon, cheeses and anchovies sold out front are available too.

Breakfast is eggs and toast with a Spanish twist, such as Spanish-style omelettes and big breakfasts with South American corn cakes.