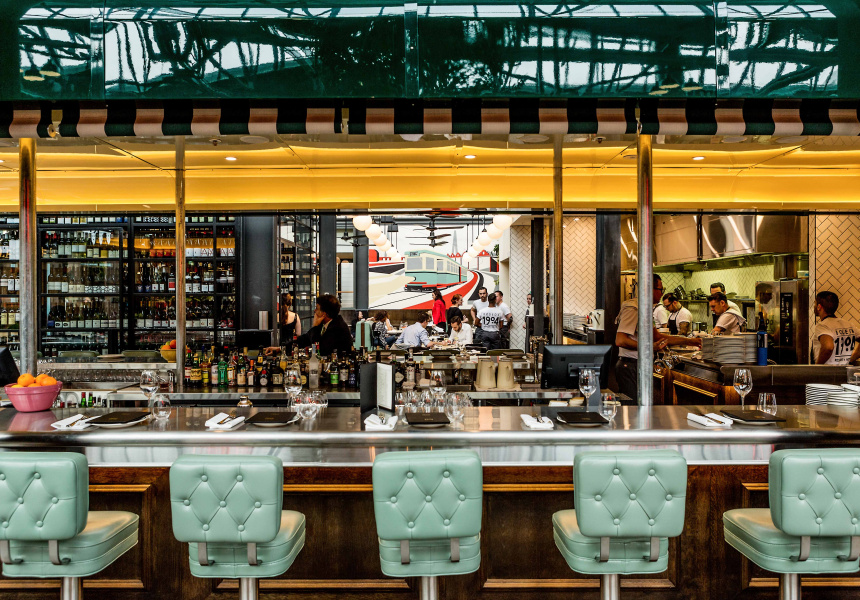 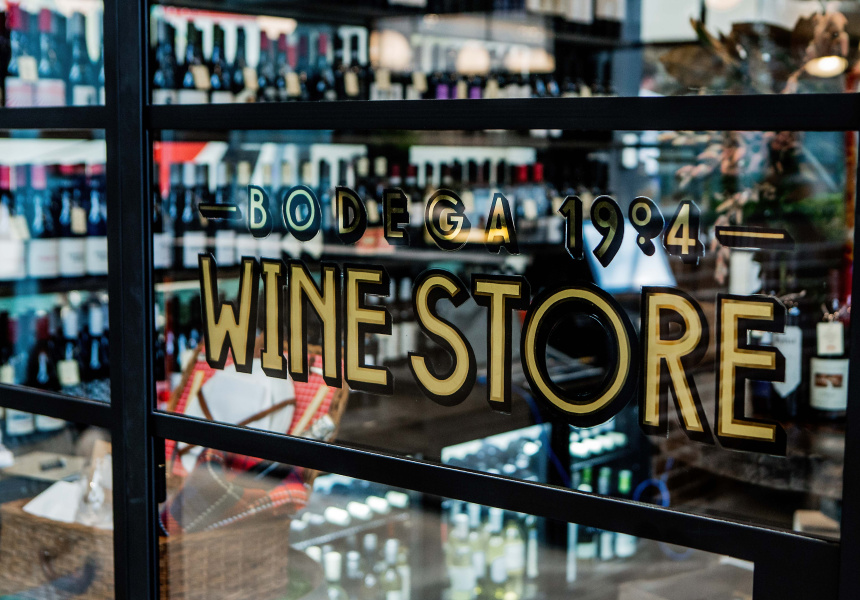 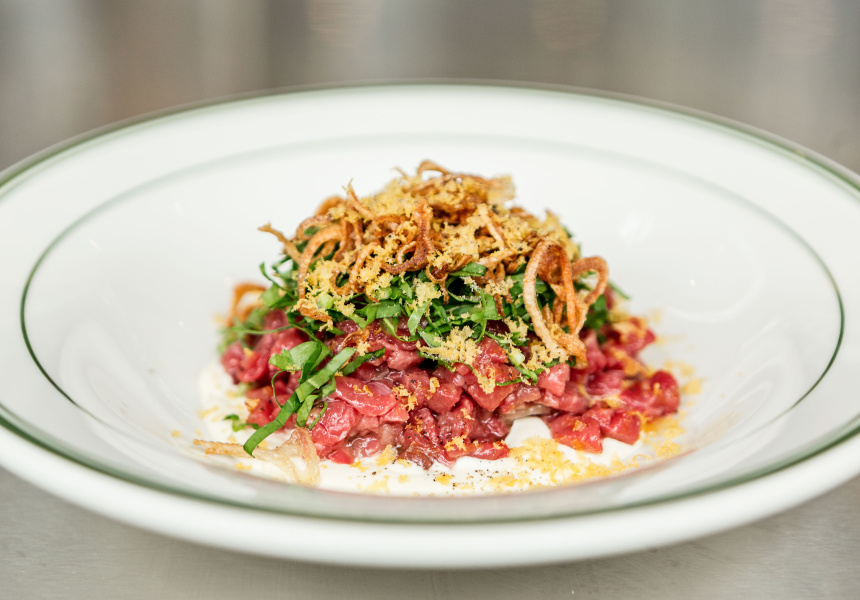 Named after the year the Rozelle Tramway Depot opened, Bodega 1904 is the third restaurant from business partners Ben Milgate, Elvis Abrahanowicz and Joseph Valore (owners of Bodega and Porteño).

It’s hard to pass up a front-row seat on one of the aqua, studded stools at the bar, to watch the chefs – including former Bodega pan-handler Joel Humphreys – in action. But if you’d prefer something more intimate, there’s a selection of tables and booths, too.

A tapas list spans lighter dishes such as pickled mussels with cured cabbage, celery and parsley; blood cake with yoghurt and a feisty mojo verde; and a grilled queso fresco. This last dish is squeaky, much like a grilled haloumi, with sweet leeks in salted-lime vinaigrette. Substantial plates include a brawny smoked pig’s-head sausage with potatoes and plum sauce, and wood-grilled octopus.

The wine list is almost an all-Aussie and Spanish affair. Cocktails use artisanal spirits, quality ice and a decent amount of elbow grease.

Bodega 1904 also features a climate-controlled wine store. You can even grab a bottle and order a picnic basket filled with charcuterie, salads and house-baked breads to go.

Whether you come for an aperitif and a snack, or for a whole meal, Bodega 1904 strikes that fine balance between class, community and rock‘n’roll.