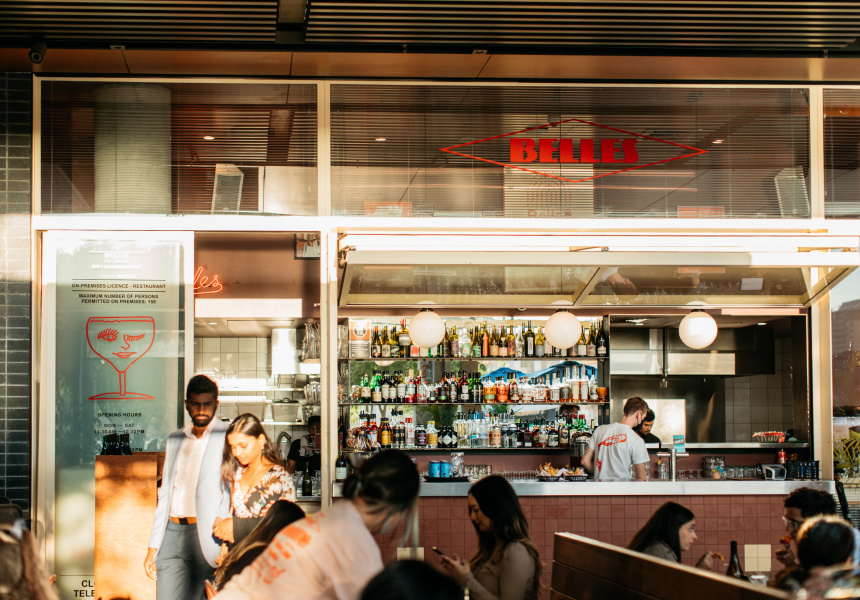 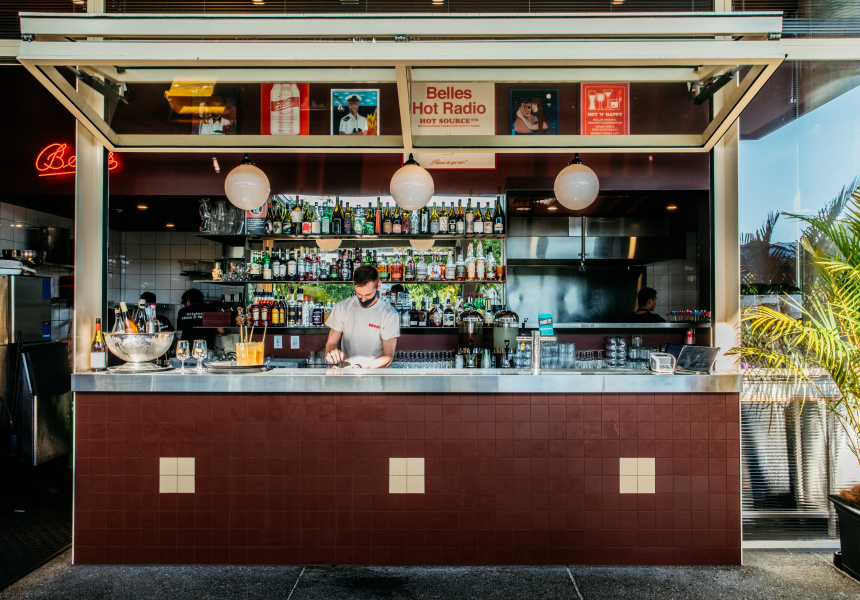 At 110 seats, it’s a fast and casual experience befitting of the waterfront location, with potted palms and tables dotting the open plan dining space. Vestiges of the original Belles in Fitzroy come in the form of white-and-chocolate tiling at the service counter, spherical pendant lighting and, of course, Belles’ signature hot chicken.

Belles’ bird packs an intense, dry crunch, differentiating it from the soggier versions around town, but the fried mushroom delivers the same satisfying texture and kick. Also on the menu are Belles’ sandwiches, plus classic sides such as mac ’n’ three cheese, old bay fries, coleslaw and pickled vege. Special items, such as the Belles Bucket (16 wings, four side and four sauces) are best tackled by a few sets of hands.

To drink, there are progressive wines from around the country, a bourban-heavy spirits list and Belles’ house draught – a crisp lager made in collaboration with Adelaide’s Pirate Life Brewing. Considering the sparkling harbour adjacent, you should opt for a boozy slushie or one of the refreshing hard house drinks – such as the peach iced tea spiked with Gospel rye.