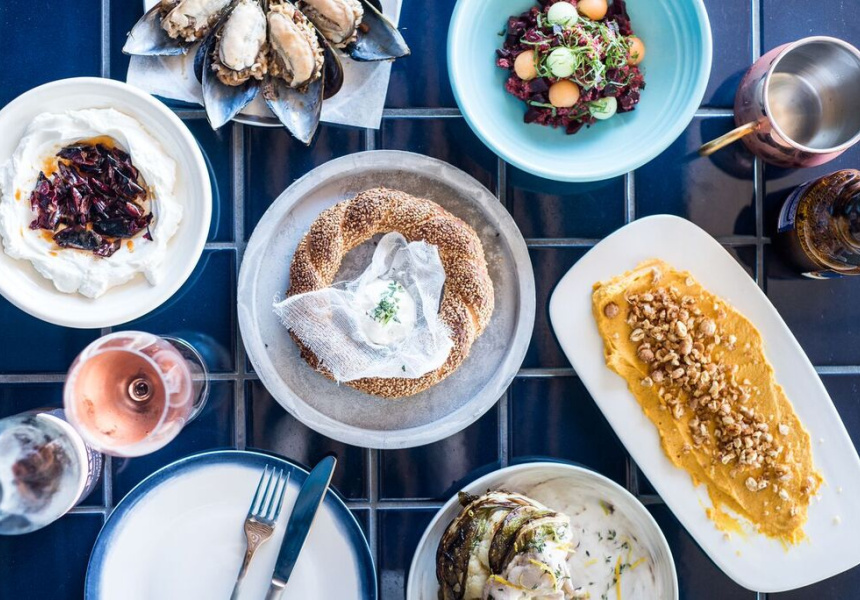 Somer Sivrioglu, Efendy head chef and owner, is behind Anason, a vegetable, seafood and meze-driven Turkish bar at Barangaroo.

He’s calling it a modern meyhane, a traditional Turkish bar or restaurant. It’s a classic eatery concept recently reclaimed by young, experimental chefs, particularly in Istanbul. Sivrioglu, like a culinary godfather, asked four young, ambitious chefs to join and show off their ideas and cuisine.

The restaurant’s centrepiece is the custom-built simit (a ring-shaped, sesame-sprinkled bread) oven. Anason serves it take away with Turkish coffee (specially made from Ministry of Coffee with Yemeni beans) and tea from a simit cart imported from Turkey.