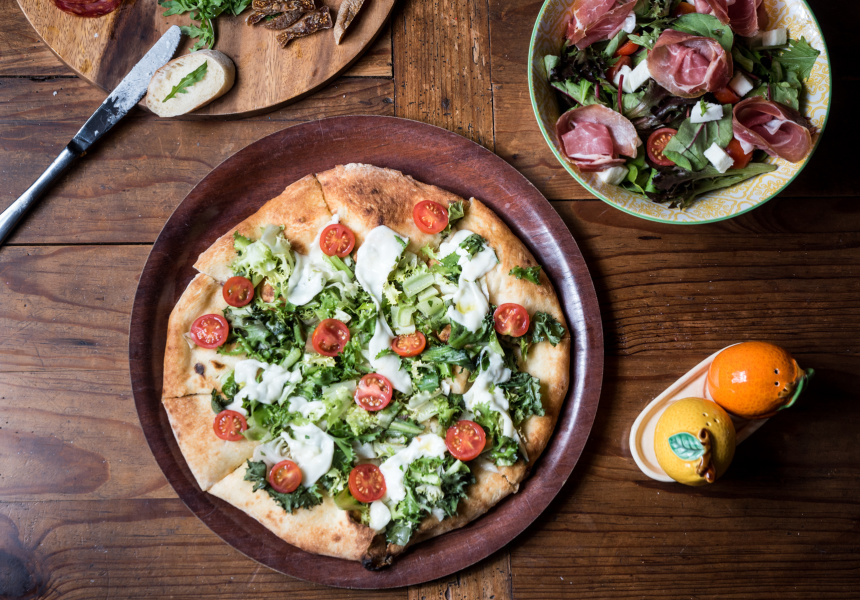 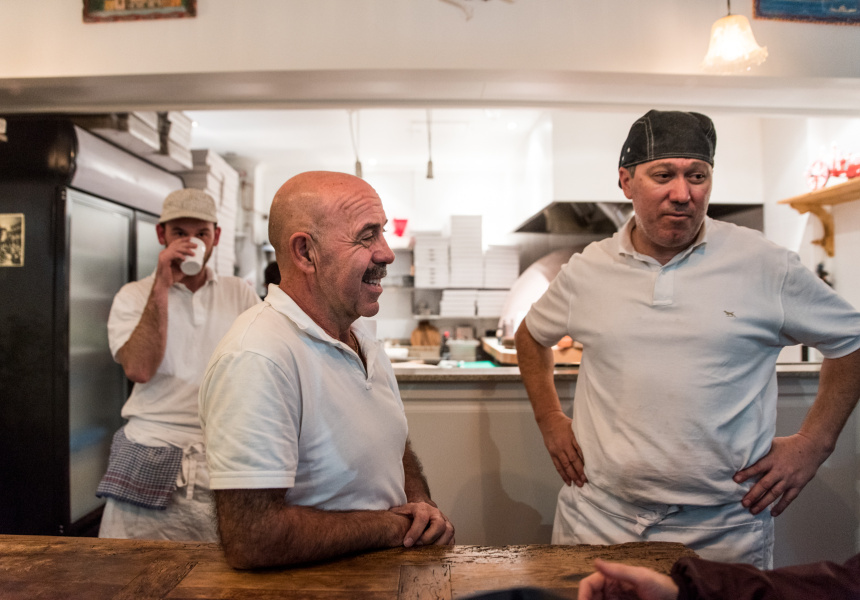 Steven Scopelliti has been making pizzas since 1988. La Coppola is much like his original pizzeria in Miranda, barely more than a takeaway counter. That’s not to suggest there’s any compromise in quality. Not only does the tiny kitchen squeeze in a production line of chefs freshly prepping ingredients for each pizza order, it also houses a traditional Italian wood-fired oven.

The pizza variety Scopelliti produces, based on his home region in Italy, is not that common in Sydney: the Sicilian style. It has a crisp base with a doughy, blistered edge, not as thick as Roman pizza but certainly not thin and wet like the Neapolitan style either. Scopelliti’s secret-recipe dough is particularly soft and puffy.

Despite his 30 years of experience, Scopelliti isn’t a stickler for tradition like most of Sydney’s other top pizzaiolos. Most of the pizzas are based not on old recipes but on Italian cuisine more broadly. Some pizzas, such as the Ciccio with fior di latte, ricotta, fried zucchini and Parmigiano-Reggiano, or the Lila with fior di latte, Italian sausage, artichoke, fennel, garlic, parsley and fresh chilli, are named after people.

The priority with the fit-out, by Scopelliti’s daughter Cassie, was to eschew current pared-back, industrial trends, so instead the theme is a simple reincarnation of colours and images of Sicily. Ornate tiles line the walls and tables are adorned with imported vases and salt shakers.