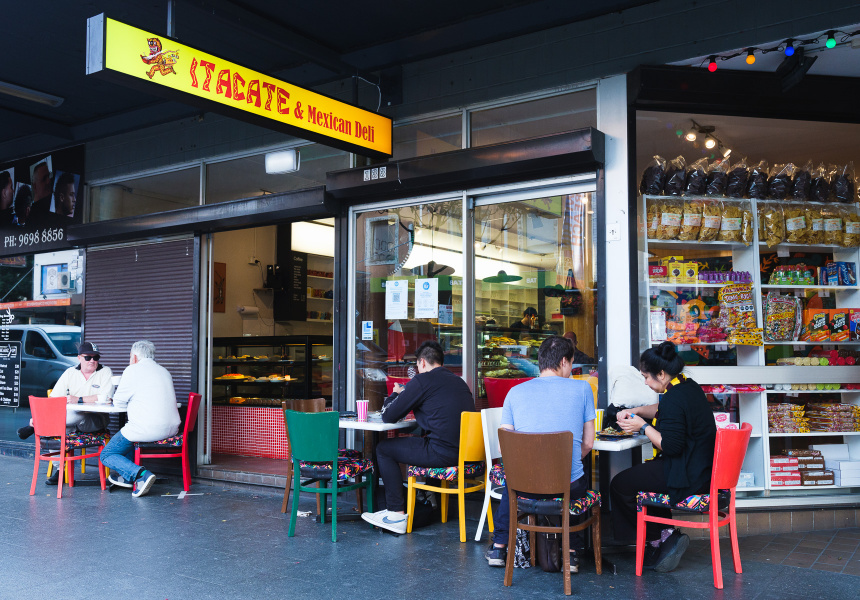 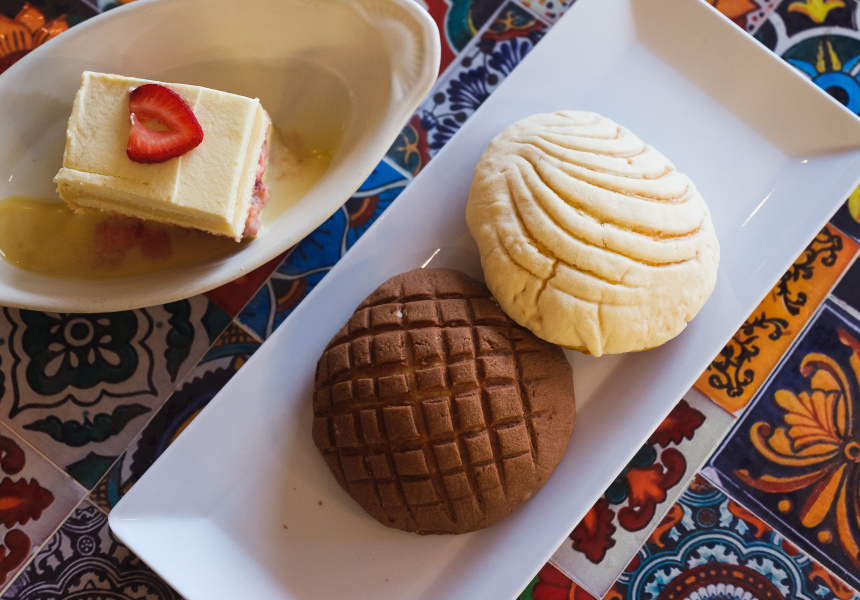 When Rosa Cienfuegos was writing the menu for her eatery Itacate, she wanted to feature the kind of food people eat at home in Mexico.

Teaching people about the food of Mexico, where she was born, is very important to Cienfuegos. She was taught to cook by her dad, and makes some of Sydney’s, perhaps even Australia’s, best Mexican food. The menu at Itacate is more extensive than that of Cienfuegos’s other diner, Dulwich Hill’s La Tamaleria. Here it spans breakfast, lunch and dinner.

At breakfast there’s huevos divorciados (divorced eggs), so named for the pair of fried eggs (one’s topped with green sauce and the other red sauce) divided on a tortilla with refried beans. There’s also eggs with minced Mexican chorizo, and handmade tamales – a speciality of Cienfuegos’s.

For lunch and dinner you can get garnachas, which are dishes made on a base of tortillas, such as tlacoyos (filled with beans, meat, pork crackling, or fava and broad beans) and gorditas (thick corn tortillas stuffed with meats, cheese and more). There are also five varieties of tacos. Customers can eat in at one of the colourful tables, or take the prepared fillings and vessels (corn tortillas, soft tacos, hard tostadas and other ingredients) home to assemble themselves.

Like La Tamaleria, one wall of the deli is lined with shelves of often hard-to-find Mexican goods. There are tinned tomatillos, taco shells, tortilla chips, chilli seasonings, jars of nopales (cactus) in brine, and an assortment of Mexican lollies.

Cienfuegos’s energy seems endless. She now splits her time between her two businesses, and hand-makes all the tamales for La Tamaleria. She’s tried to share responsibilities with staff, but some tasks are hard to delegate.

For example, it’s said a tamale-maker’s personality affects the flavour and texture of the final product, so it was tricky to find someone whose style replicated Cienfuegos’s.

Redfern has long played an important role in Aboriginal life and culture in Sydney. It's fitting then, that the name Itacate is a nod to indigenous Mexican culture. The name roughly translates as “food to take away” in Nahuatl, a language spoken by the indigenous Aztecs in Central Mexico.